A new atlas explores the delicate balance between the North and those who use its resources
By Kiley Bell
February 6, 2019

Canada’s Arctic is in the midst of unprecedented ecological change and industrial interest that will have a direct impact on its future and that of all its inhabitants, according to Canada’s Arctic Marine Atlas, a new resource created by conservation group Oceans North in partnership with World Wildlife Fund Canada and Ducks Unlimited Canada. The 122-page atlas, published in English, French and Inuktut, examines the relationship between northern species and human activity, covering topics such as sea ice change, Inuit land claims and place names, industrial and commercial shipping and wildlife habitat ranges.

“We realized there was not a single resource that existed that told the whole story about what we know about Arctic birds, fish, marine mammals and, of course, the people in the North,” says Louie Porta, vice-president of Oceans North. “We knew that individually these stories were compelling, but we were curious about how it would look to bring them together in one big mosaic.”

“We wanted to present the existing footprint of industrial activity and marine management,” says Porta. While the goal of the atlas is simply to present a picture of today’s Arctic to the public rather than analyze implications and make recommendations for the future, Porta believes it can also be an important jumping-off point for decision-makers and scientific endeavours. Ultimately, he says, he hopes the atlas will lead to meaningful changes in Arctic policy.

Mouse over or tap on the map below to learn more about how wildlife species stand to be affected by increased human activity in the Arctic. 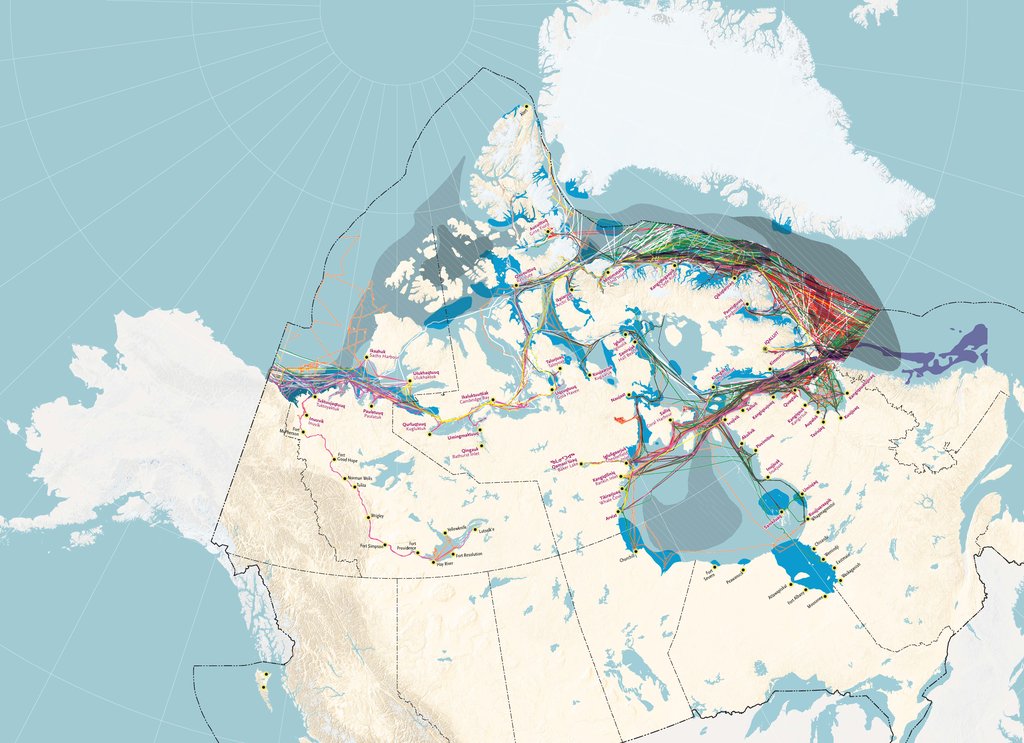