Yukon will stay on Daylight Saving Time: Here’s what you had to say about it

When clocks moved forward Sunday in the Yukon, it was for the last time. The territorial government announced last week that the Yukon will make the change permanent after an overwhelming number of residents said they would rather remain on Daylight Saving Time.

There were more than 4,800 responses to a month-long public survey asking for feedback ahead of the decision. More than 90 per cent of respondents said they wanted the clocks to stop switching and 70 per cent said they wanted to stay on Daylight Saving Time.

We asked our followers on Can Geo social media what they thought of the Yukon’s decision.

Here’s what you had to say:

“I vote no more time changes. Pick one! I don’t even care which one.” – @georgekfaust, Instagram

“I wish we would stay at DST or at a minimum split it and leave it there. Thoughts from Ontario.” – @zsannaj, Instagram

“That extra hour of light at night would be awesome. I’m a morning person but would still prefer this!” – Cynthia Sanderson, Facebook

“As a morning person I would find this tough!” – Lori Simmonds, Facebook

“I love Daylight Saving Time. That said, I’m glad they made the winter season of it shorter.” – @janerette, Twitter 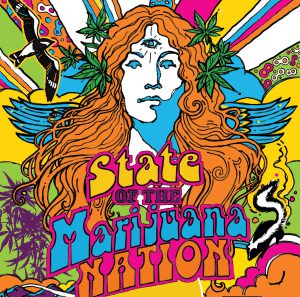 State of the marijuana nation

One year post-legalization, a look at Canada’s changing relationship with pot