“Oral plug” may not be the most beautiful descriptor in the world, but it’s the solution posed by a team of researchers who have solved the mystery as to why rorqual whales (the largest group of baleen whales) don’t drown while lunge feeding. Lunge feeding is a rather extreme method of feeding which involves whales, including blue whales and fin whales, merrily lunging through the water with their mouths wide open — taking in krill, their prey, in addition to a vast volume of water comparable to their body size. While scientists knew plenty about this behaviour, the physiology behind why the whales don’t drown after imbibing this much water was poorly understood. That is, until now. A team of researchers from the University of British Columbia found a structure in fin whales that they’ve termed an “oral plug” that blocks the channel between the mouth and the pharynx, which leads to the lungs. The “oral plug” structure is apparently unique in the animal kingdom — likely because most other animals aren’t trying to cram in such an immense volume while eating!

The cat’s coming back

Cougar sightings are becoming more common in Manitoba. Following the five confirmed sightings in the province in 2020, 2021 was host to a further six confirmed sightings. Research suggests that there are likely anywhere between 5,500 and 9,000 cougars in Canada, with the most established populations located in B.C. and Alberta. But the increase in sightings of the elusive cat in Manitoba suggests that the animal’s Canadian population is dispersing eastwards. Bill Watkins, a conservation zoologist, conducted DNA analysis of the cougars found in the province. The results showed that the animals found north of Riding Mountain National Park appear to be coming from the west and animals found south of Riding Mountain are coming from the south — mainly from North and South Dakota. The animal’s historical range in Canada stretched from coast to coast, but its population began to plummet following European settlement and declines in the availability of wild prey. The increase in cougar sightings is thought to be linked, in part, to the return and expansion of abundant prey, such as the white-tailed deer. Read more about Canada’s cougar’s comeback here.

The busy beaver is taking its roadshow north as climate change makes it easier to paddle into the once inhospitable Arctic tundra. Once there, the buck-toothed builders are transforming a landscape already hit hard by a warming climate.

A study out of Alaska, published in the National Oceanic and Atmospheric Administration’s annual Arctic Report Card, compared decades-old aerial images of a region in western Alaska with newer images. They found the number of ponds created by beavers has doubled in the last 20 years. Researchers, who counted more than 12,000 ponds, noted that in that same area in 1955, there wasn’t a single one. Though the study was done in Alaska, the situation is likely similar in Arctic regions of Canada and Russia.

Scientists are worried the dammed rivers and streams could accelerate the climate crisis. Beavers create shallow pools of water when they build dams, which increases the total surface water in a region. The concern is that the ponds — which are warmer than the surrounding ice — could thaw large swathes of permafrost. And permafrost, once thawed, releases carbon dioxide and methane into the atmosphere. In other words, the beaver invasion could actually accelerate climate change.

The first day of 2022 saw New Brunswick’s skies darkened by an unfamiliar figure: the 1.5-metre-wide wingspan of Coragyps atratus, the black vulture. Rarely spotted in Canada, the bird is more commonly found in more southerly latitudes — from the central U.S. down to Peru, central Chile and Uruguay. Moncton, N.B. residents discovered the wayward bird on a New Year’s Day stroll in the north end of the city, injured and unable to fly. They eventually captured the vulture and drove it to the Atlantic Wildlife Institute in Cookville, about 65 kilometres southeast of Moncton. Sightings of the black vulture have been creeping up in the Maritimes and southern Canada. Conservationists are speculating that climate change and food availability could be behind Coragyps atratus potentially expanding its range. Want to spot one of these bald-headed scavengers for yourself? Black vultures are occasionally seen travelling in flocks with the similar-looking and more-common turkey vulture. Perhaps birds of a feather really do flock together?

Did you know that there are 18 species of carnivorous plants native to Canada? Whether it’s pitcher plants or sundews, butterworts or bladderworts, each pack a mean (and green) bite!

Snaring strategies differ. Purple pitcher plants (Sarracenia purpurea), for example, use a pitfall trap. The plant contains a cavity filled with a liquid made up of enzymes and microorganisms. When something small and tasty falls into the cavity, it effectively becomes trapped. The liquid’s enzymes and microorganisms eventually digest its contents.

Bladderworts (Utricularia) do things a little differently. A primarily aquatic species, the plant contains an air-filled cavity with a hair-covered trap door. Acting as a lever, when an animal touches the plant’s hairs a mechanically-triggered trap door springs open and sucks the animal and surrounding water into its trap. Once inside, the plant pumps out the excess water and its prey is dissolved by digestive secretions. 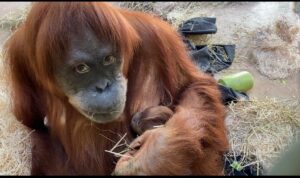 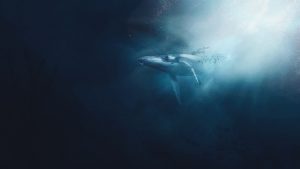 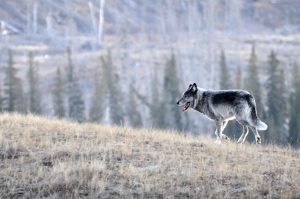 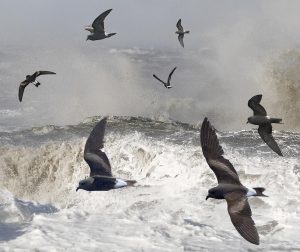