Wildlife Wednesday: Can the woolly mammoth be brought back from extinction?

And moreover, should it? Plus: Dinosaur fight club, birds about town, and tracking whale whoops

Woolly mammoths could walk the Arctic tundra again within the next 20 years. At least, that’s the bold vision being advanced by the brains behind Colossal, a Texas-based biotech startup that aims to use CRISPR gene editing technology to restore lost species. The mammoth — or more precisely, a mammoth-elephant hybrid — is the company’s first project. If it succeeds, Colossal founders Ben Lamm and George Church say it will check a number of conservation boxes, including saving the endangered Asian elephant (a distant relative of the woolly mammoth) and contributing to the “rewilding” of tundra regions, which in turn could enhance the Arctic’s capacity to mitigate climate change.

Investors in Colossal — including self-help guru Tony Robbins and the venture-capitalist Winklevoss twins — are bullish on the prospect, but scientists aren’t so sure. Mammoth de-extinction raises a number of ethical questions, including whether the mammal could even participate meaningfully in today’s changed Arctic ecosystem or simply exist as a kind of “ecological zombie.”

“The five-year-old in me would just love to see a mammoth,” biologist and Carleton University professor Joseph Bennett told The Verge. “But if it’s called conservation, and if it’s called fighting climate change, that’s when the problems arise.”

It brings a whole new visual to the saying “fighting tooth and nail” to get what’s yours. Picture the legendary battles between tyrannosaurs, the earth shaking as they fought to establish territory — or perhaps for the right to mate with a nearby female.

A team of Alberta paleontologists looked at some 202 skull specimens featuring 324 bite marks and battle scars. Their conclusion? Adult male tyrannosaurs were the kings of the cage match, beating up on each other on a regular basis by grabbing at their opponents’ heads with their massive jaws. The study, published in the journal Paleobiology, reported that the position and orientation of the facial scars was consistent across tyrannosaurid species, which suggests the bites were inflicted in repeated conflicts. The scientists also noted that scars were found on 60 per cent of the adult-sized skull specimens but not on the smallest tyrannosaurs, which obviously weren’t worth fighting with.

Interestingly, modern-day reptiles, like crocodiles, establish territory or access to mates by attacking each other with bites around the face. And although birds — which trace their origins to theropods (like the T. rex) — do not fight to establish dominance, they do show off with visual or vocal displays. In other words, that ancient instinct to fight may have been toned down to a whole lot of posturing.

After taking in a bird’s-eye view of our quieter cities, migrating birds decided to come in for a closer look. From warblers to hawks, migratory birds took advantage of pandemic lockdowns in the spring of 2020 to spend more time hanging out in Canadian and U.S. cities.

The findings are a win for citizen science, with urban birders logging their sightings through apps such as eBird that allow data gathered by volunteers to be used by scientists for conservation research. As thousands of urbanites picked up their binoculars and recorded their finds, researchers compared their observations on eBird between March and May in the three years before the pandemic to those same months during the 2020 lockdowns, which coincided with spring migration.

Of the 82 species tallied in the study, 66 of them increased in urban habitats where strong lockdowns meant much less traffic and other human activity. The findings imply that before the pandemic, many birds were being pushed out of the habitats that would have been suitable for them if not for the busyness of vehicle traffic and noise.

Nicola Koper, a professor of conservation biology at the Natural Resources Institute at the University of Manitoba in Winnipeg and the senior author of the study, suggested that maintaining some lockdown habits — including working from home more and flying less — could benefit both birds and humans.

With fewer than 400 left on the east coast, the North Atlantic right whale is one of the most endangered whale species in the world. That’s why scientists are looking for the best ways to track their numbers, migration routes and habitats, using that information to cut the number of injuries and deaths in areas of their range that overlap with busy shipping and fisheries activities.

One method to monitor whales is passive acoustics technology. But because right whales vocalize using a variety of low-frequency sounds such as moans, groans and pulses, it’s tricky to differentiate their calls in an increasingly noisy ocean. That means a high “false positive” rate, with the current technology mistaking a host of other sounds for whale calls. The errors both hamper scientific research and make conservation efforts less effective.

Now, researchers from Florida Atlantic University’s Harbor Branch Oceanographic Institute and the College of Engineering and Computer Science have discovered a way to use artificial intelligence and machine learning methods to develop a new, more accurate method of detecting right whales through one of their unique calls: a short “whoop,” also known as an upcall, that lasts about two seconds and is a signal that bring whales together.

Their study, published in the Journal of the Acoustical Society of America, highlights the use of Multimodal Deep Learning (MMDL) algorithms to evaluate acoustic recordings and determine whether the sounds are upcalls. The MMDL detector far outperformed passive acoustics technology, giving researchers a superior tool to detect and monitor the whales, which are shifting their migration patterns and changing their behaviours as climate change affects their habitats. 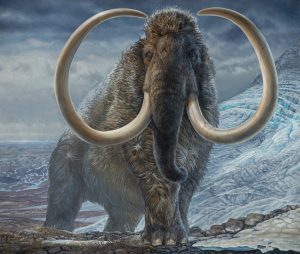