A tiny juvenile bobcat, weighing less than 1 kilogram, has been rescued after being found cold, muddy and soaking wet by a hiker near Fletcher’s Lake, N.S.

No bigger than a baseball cap, the orphaned bobcat — a two-month old female now named Fletcher — was brought to Hope For Wildlife rescue centre, based in Seaforth. The feline was so distressed it made attempts to climb up the pant leg of the rescuer. It’s assumed her mother died as a female bobcat wouldn’t willingly abandon its young.

Fletcher was badly dehydrated and extremely cold — to the point that the centre’s staff couldn’t get a body temperature reading. The staff warmed her up and gave her fluids, then made efforts over the following week to slowly introduce milk and food that she would be accustomed to in the wild into her diet.

Now, warmed up and far happier, Fletcher the bobcat is eating a robust diet of mice, chicks and rabbit, and has since gained another kilogram.

A team of researchers from across North America have created an atlas of key sea duck habitat sites, an important source in aiding future study and conservation efforts. The atlas aims to heighten awareness of where sea ducks live, and to serve as a tool in evaluating future environmental assessments.

Fifteen sea duck species can be found across North America, representing over a third of all duck species breeding on the continent. Canadian species include eiders, scoters, mergansers and goldeneyes; along with buffleheads, long-tailed ducks and harlequin ducks. Many sea ducks sport colourful and ornate crests, meaning they’re admired amongst photographers and birdwatchers alike.

Despite their popularity, sea ducks remain the most poorly understood group of waterfowl. Evidence also suggests that numbers of several sea duck species are on the decline. In Canada, the eastern populations of harlequin ducks and Barrow’s goldeneye ducks are listed as Species of Special Concern.

The atlas identified 85 sites as offering key habitats for these birds. Nic McLellan, one of the researchers involved in its creation, called it “a significant first step” in sea duck conservation efforts.

Yukoners! An entomologist (a scientist who studies insects) at the University of British Columbia has an unusual request to make of you. And it isn’t your money he’s after, or your time.

Dan Peach is studying the northward movement of the insects as global temperatures rise due to climate change. To help with the study, he’s asking Yukon residents to send in mosquitoes they’ve smacked or swatted to help identify the presence of different species in the territory.

Peach and his team have noted more than 30 different kinds of mosquito in the Yukon, but he estimates that there are at least half a dozen more. Not all species in the territory feed on humans — some feed on plants, and one or two on frogs and reptiles.

The impetus for the study stems partly from a concern that travelling mosquito populations could bring bacteria and disease to other regions. West Nile virus, present in southern B.C., could spread slightly further north as temperatures rise.

Yukoners can send in dead mosquitoes to the Ben Matthews lab at:

Peach hopes that anyone who sends in an insect will include their address or the name of the cross streets where they killed the mosquitoes, as well as the date.

Plans to protect the once-endangered Newfoundland pine marten have proven successful, with authorities now recommending that its current status as threatened be downlisted further to vulnerable.

The Newfoundland pine marten is a subspecies of the American pine marten, which can be found in forests across Canada. It is one of the 14 land mammal species native to Newfoundland. For their dens and nesting sites, pine martens use hollow trees, stumps, logs and rock crevices, making them particularly vulnerable to deforestation.

The species has been protected since 1934, before which it was regularly trapped for its fur. Shelley Moores, a Senior Manager of Wildlife Research with the Department of Fisheries, Forestry and Agriculture, notes that populations started to rebound when changes were made to snares, and when serious action was taken to protect the pine marten’s old-growth habitat. Everyone, she says, from residents to trappers and even forestry and mining companies, got on board with the efforts.

Long counted as either endangered or vulnerable, an 150-whale-strong Antarctic feeding frenzy has brought hope for the fin whale.

In a study published this month in the journal Scientific Reports, scientists shared the findings of their 2019 multidisciplinary Antarctic expedition to study, among other things, the impacts of climate change on krill populations. To their surprise, they uncovered good news for another marine animal — the fin whale. Helicopters dispatched from the research ship spotted gatherings of up to 150 fin whales around Elephant Island, off the coast of Antarctica. On a similar trip the previous year, around 100 groups of the whale between 50 and 70 strong were spotted. This volume of fin whale sightings in the Southern Ocean have been unheard of for decades.

The waters around the island are historic feeding grounds for the cetacean, and their return is encouraging for a species once hunted by whalers to near-extinction. Before the 1982 ban on commercial whaling, around 725,000 were killed for commercial purposes leaving the total fin whale population at less than two per cent of their pre-whaling abundance. Today’s IUCN estimate puts their total population at around 100,000.

Although scientists lack the data to give a true estimate of the species abundance in the Antarctic, recent increase in sightings are a positive sign that the area’s population is rebounding. However, while whaling is now a lesser issue, stressors such as run-ins with boats, fishing gear entanglement and ocean noise and temperature shifts continue to present a challenge for the second largest whale species on the planet. 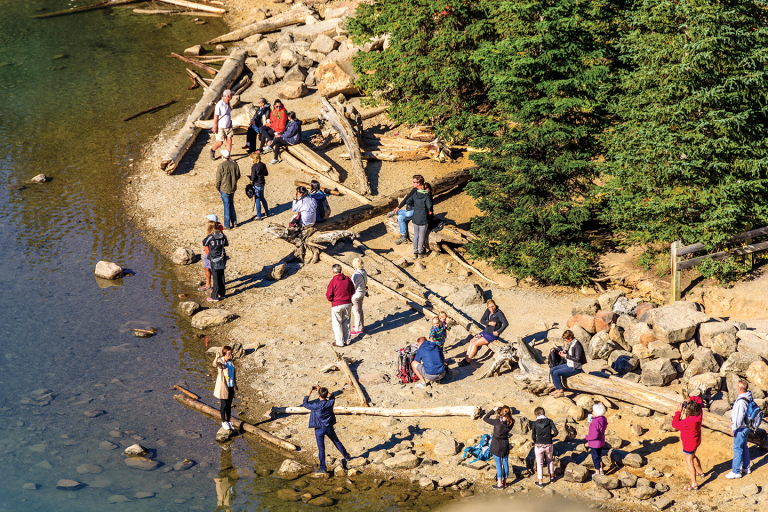 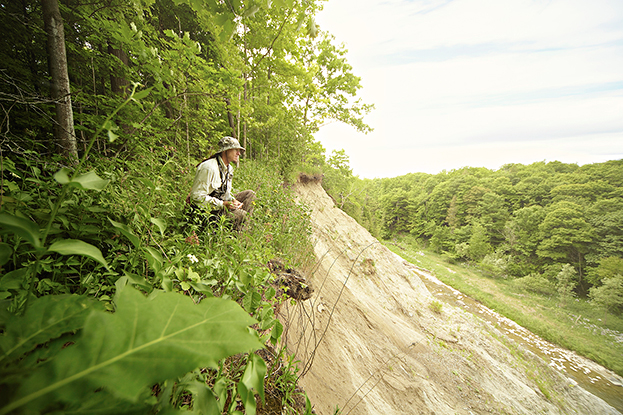