There are few weather events that inspire a more love-hate reaction than rain. On the one hand, it puts a damper on picnic plans and ruins good hair days. On the other, it’s essential for agriculture and the health of our natural world.

In the September issue of Canadian Geographic Travel, the Hawaii island of Kaua’i’s Mount Wai’ale’ale is featured for its 1,000 centimeters of annual rain, making it the second wettest place in the world. It’s name literally means “overflowing water.”

Many factors go into the amount of rain a particular place receives each year. In Mount Wai’ale’ale’s case, its soggy environs is partly due to the mountain’s cylindrical shape and partly to the island’s vulnerable location.

Kauai is the northernmost of the main Hawaiian Islands, so it has more exposure to frontal systems that bring rain in the winter. Second, Wai’ale’ale has a round and conical shape, which exposes all sides of its summit to moisture-laden winds. Third, its summit lies just below the trade wind inversion layer of 6,000 feet (1,829 m), above which trade-wind-generated clouds cannot rise. And finally, the mountain’s steep cliffs cause the humid air to rise quickly over 3,000 feet (910 m) in less than a half mile (800 m) and drop a large portion of its rain on one spot. – To-Hawaii.com

However, although rain is very beneficial in most instances, you can have too much of a good thing. Mount Wai’ale’ale’s summit is surprisingly devoid of plants and trees since few species can handle the bucketing precipitation. A compounding factor is the lack of sunlight from near-constant rainclouds.

All in all, the mountain a gorgeous, lush place to hike through, albeit a tricky spot to capture clear photos.

Learn more about what awaits the intrepid traveler on Kaua’i Island in the September issue of Canadian Geographic Travel. 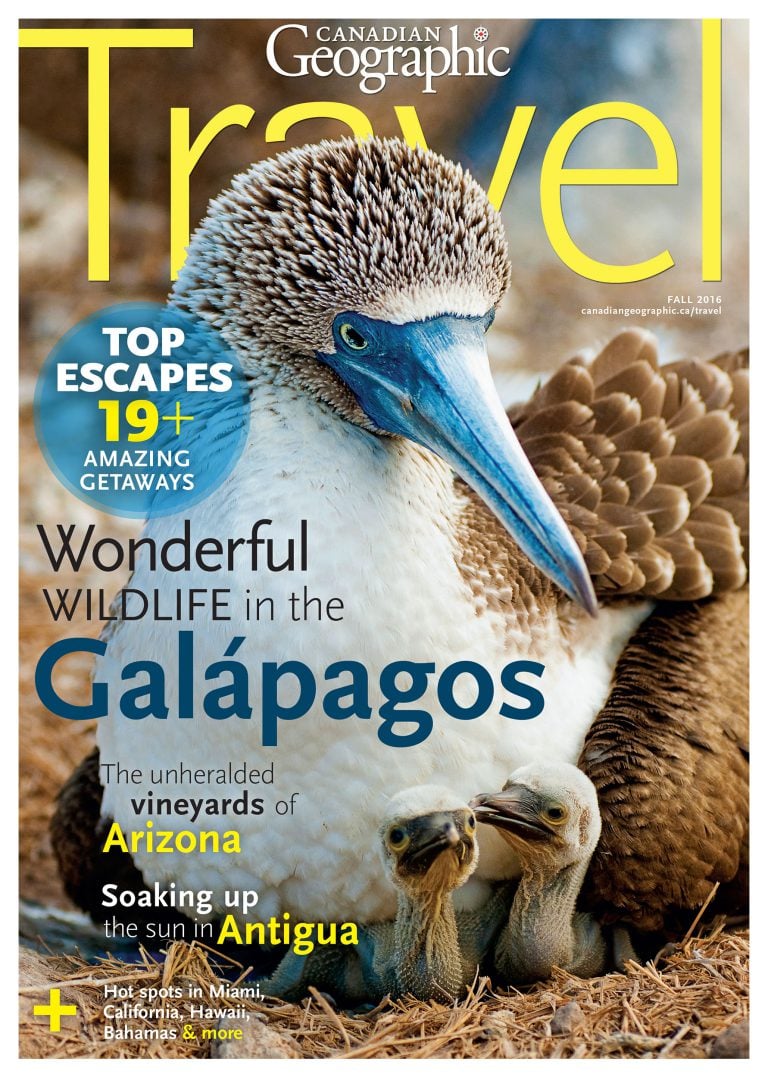 This story is from the Canadian Geographic Travel: Fall 2016 Issue