What it's like to walk to Canada's three oceans

Dana Meise reflects on his seventh season of walking the Trans Canada Trail, and how it feels to be so close to completion
By Dana Meise
Advertisement

In 2013 I was awarded Canadian Geographic’s Expedition of the Year. It was a dream come true. The plan was to solo hike from Fort Saskatchewan Alberta where the land route of the trail splits from the east to west section to the northern route which brings me to Inuvik NWT. In Dawson Creek British Columbia I was to take a 412km detour to my hometown of Prince George B.C. to visit my father Ronny who can’t walk and had inspired me to follow my dream of exploration and ultimately walk enough for the both of us. Then I was to return to Dawson Creek and begin the trek north. In total it was to take 6 months if all went well. It would also make me not only the first person to walk solo to all three of Canada’s Oceans but to do it on the world’s longest recreational trail: the Trans Canada Trail. I had already hiked 16,000km across Canada on the trail from the Atlantic to the Pacific beginning in Cape Spear Newfoundland and ending at Clover Point Victoria British Columbia. This was to be the final push to the Arctic Ocean.

The Trans Canada Trail or TCT is designed to connect Canada though significant waterways and trails. It is vast almost beyond comprehension. It connects a thousand Canadian communities, and in 2017 (when Canada turns 150) it will sprawl a staggering 24,000kms across the country. This year, I began my seventh season on April 17th to little fanfare on a cold and windy day in Fort Saskatchewan. There is always a little separation anxiety when I begin. After all, I’m removed from friends and family for six months, hiking mostly in new territory. The drab weather was no help as I sledged through the wet snow and mud on trails and old country roads. The section was called the Athabasca Landing trail or ‘Hundred Mile’ portage, as it was commonly known in the late 1800’s. It counts as just one part of the 500 individual trails that make up the Trans Canada Tail. I was walking through history while simultaneously trying to make it.

It was roughly 1500km’s from Fort Saskatchewan, Alberta to Dawson’s Creek, British Columbia on the TCT. A far cry from the 600kms if you were to take the highway. The journey took roughly two months with countless setbacks. The combination of a wet spring, fast snow melt, and a series of zealous beavers made the trail a flooded, muddy mess. One day it took me 16hrs to make a distance of 14kms. Sometimes I’d have to strip down to shorts and sandals at near freezing temperatures to ford creeks with washed out bridges, making a few trips to ferry all my gear across safely. My feet would go bright red and numb so I’d scramble to dry them off and get them back into my socks. Mud was impossible to keep off the boot so I just accepted the extra weight and slipped and slid my way to exhaustion. The nights fell below 0 degrees Celsius, sometimes as low as -10 degrees Celsius. This meant every night I had to build a fire to dry everything­–especially my footwear. I’d heat rocks just enough to place them inside my boots without burning the material. It worked well but it was time consuming and often kept me up late.

Despite it all, I rather enjoyed the challenge. Sitting by a crackling fire on a cold crisp night listening to the loons echo across the water. Relaxing after a hard day appreciating a hot bowl of chicken noodle soup and a green tea in a way you can’t recall appreciating such a simple thing. Then falling asleep to the sound of a nearby creek or the lapping of waves upon the beach. It’s those moments that make it all worth it. You breathe in the crisp air allowing natures silence to penetrate your soul and suddenly all the struggles weren’t struggles at all, they were deposits to your soul’s savings account.

I arrived in Dawson Creek to a fan fair of family and some local media. I had just reached my 18,000th total kilometer and it was nice to have people there to celebrate with; I often hit these momentous events alone. I then began the side trip to my hometown of Prince George. Unfortunately I contracted Beaver Fever and was bedridden in Chetwynd, B.C. for eight days. Two of those days were spent in the hospital getting an IV of fluids and shots of vitamins and minerals. When I once again set off it was a struggle to say the least. But 12 days later I arrived having just walked for seven years and 18,400km’s to my home town and right to my dad’s permanent care home where he sat in his wheel chair not knowing I was coming. I’ll never forget the look on his face when I walked in. It was an expression of pure joy. I myself exhausted and emotional broke into tears dropping to my knees and hugging him tight all the while thanking him for being my hero and inspiration.

For the rest of the season, I was haunted by self-doubt and loneliness. You wouldn’t think hiking along the Alaska Highway would be lonely as there is an endless flow of traffic, but it’s actually the loneliness place I have ever been. When I’m alone on an old country road or trail I get used to nobody around even for days on end, but there is something about being so close to people but being unable to reach out that really drains the soul. It’s compounded by the fact most lodges, resorts, motels, and camp grounds are so numb to tourists they have just become automated. Many times they pointed out that they’d met plenty of adventurers with a story, whether they were walkers, hikers, cyclists, or hitchhikers. They tell me everyone thinks their story is unique and I’m no different.

Despite these often disinterested and rude people, there were many amazing highlights. In Taylor B.C., just after my 40th birthday I was invited to the 42nd annual World Invitational Gold Panning Championships. I took part in the celebrity gold panning competition where I found my nugget in 11 seconds to win the admiration of the crowd and a new leatherman tool. I had a marvelous time in Toad River, where a freak September snow storm trapped myself and many weary travellers for a few days. For a few mornings we’d meet for coffee and tell and talk about where each of us were from. I relaxed at Stone Mountain Safaris lodge in a hot tub with a glass of scotch while the owners treated me to amazing meals, conversation and tremendous hospitality. In Watson Lake, Yukon I awoke one morning to find I had over a thousand messages from people congratulating me on getting the “Arthur Award” by Stuart McLean host of CBC’s the Vinyl Café.

All this and I still haven’t mentioned the animal encounters. I followed wolves, had a bison sniff my tent, saw elk, caribou, lynx, fox and coyotes. I saw countless Black Bears, sometimes even once a day every day. I even come across a couple of Grizzlies. One time, I was headed to Carcross Yukon where I was to meet a new friend to bring me back to his place so I wouldn’t have to sleep in the snow. The days had gotten short so to make distance I hiked in the dark. For some time I had been following fresh Grizzly tracks, and then they just disappeared. Knowing they will often circle around and follow you I decided to put my headlamp on backwards to hopefully blind or confuse it so it wouldn’t ambush me from behind while I hiked by the moonlight reflecting off the snow. When my friend arrived he was a little panicked as he saw the bear and said it was right on my tail. I shudder just thinking of that night.

Upon arriving in Whitehorse Yukon I stayed with a friend while I contemplated the last 1200km to Inuvik. It was late in the season and dangerous to do solo. I had made preparations for a support vehicle but after careful consideration had to pull the plug as the Dempster Highway that time of year is far too dangerous and that I should finish the journey the following year. With all the setbacks I was disappointed to end early, but I look forward to sharing many more stories. 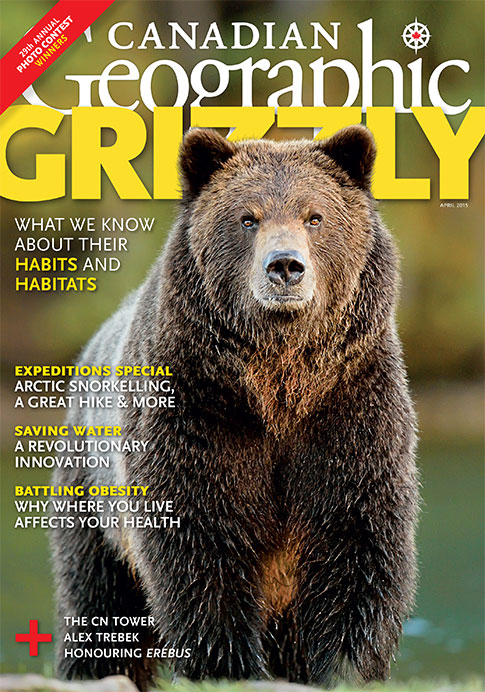