Boreal birds are vanishing, and with them, their songs. How can we conserve Canada’s soundscape? 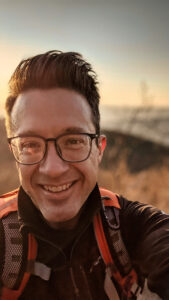 The natural spaces we love are facing a soundtrack transformation — the disappearance of birdsong globally due to climate change and lost habitat. How do we explain the name of a European turtle dove when the vulnerable species is no longer heard tur-turing? What happens when the common loon moves out of the northern U.S. states into Canada, taking its oo-ah-oo-ah with it? And with only 300 to 400 remaining in the wild, the regent honeyeater in Southeastern Australia has forgotten its own love song, borrowing mating calls from other species, which are returned only with silence.

The world’s birds are already on a precipice. According to one massive study in Science, roughly three billion birds have disappeared since 1970 — that’s approximately one in four birds. Reasons for their loss, according to conservationists, may include everything from window collisions and pesticides to predation by feral cats, but looming large are habitat loss and human development “exacerbated by climate change.” Bird populations are excellent indicators of ecosystem integrity, meaning if birds are in trouble, the rest of the ecosystem is likely at risk. As climate change worsens, scientists will see their suitable breeding grounds shift or disappear — and with them, their songs.

In Canada’s boreal forest, Indigenous Guardians and National Audubon Society conservation scientists are listening in to the birdsong “soundscape” (a term coined by Canadian composer and environmentalist R. Murray Schafer). They are collecting data on Canada’s boreal bird populations and their ranges — key information to protect the land and its biodiversity. Stretching from Newfoundland and Labrador to the Yukon, Canada’s roughly 500 million hectares of boreal forest is the largest intact forest on the planet and a major carbon storehouse. It’s also a vital habitat for birds. According to the Boreal Songbird Initiative, more than 300 species nest in the boreal forest. The boreal forest provides stable breeding grounds on a planet whose ecosystems are shifting rapidly due to climate change. For many birds, this is their last hope, for a species is only as healthy as its primary reproductive habitat.

For the humans who also call the boreal home, studying and protecting it is paramount.

“I’m the girl who has all the feeders in the backyard,” says Valérie Courtois of her home in Goose Bay, Labrador. “And when the waxwings show up, I’m the one with the camera going into my neighbour’s yard.” Courtois, a professional forester, is a member of the Innu community of Mashteuiatsh, and director of the Indigenous Leadership Initiative (ILI).

ILI and its partners are creating a national network of Indigenous Guardians — experts hired to manage land that has been home to Indigenous Peoples since time immemorial. And this Indigenous-led movement has spurred the designation of land as Indigenous Protected and Conserved Areas (IPCA) by Indigenous law, and, subsequently, in partnership with Crown governments. In the Northwest Territories alone, three IPCAs in the boreal have been established since 2018 (Ts’udé Nil?né Tueyata, Edéhzhíe, and Thaidene Nëné) — and many others are working toward that designation.

“The movement to get back to Indigenous-led conservation is anything but new,” says Courtois. “In fact, it’s part of our innate ethic of responsibility in terms of our relationship with these landscapes. We’ve always managed rarity and abundance in our way of interacting with those landscapes.”

Courtois sees Indigenous stewardship as a global responsibility, pointing to a 2019 Intergovernmental Science-Policy Platform on Biodiversity and Ecosystem Services report that shows 25 percent of land globally is Indigenous land and holds 80 percent of the world’s biodiversity. Recognition of the importance of Indigenous-led conservation is growing. In 2021, the Government of Canada announced $340 million to support Indigenous leadership in nature conservation over a five-year period.

Like, for instance, tracking birdsong. “One of the projects that’s kind of cool, and it links up sound, Indigenous work, and new technology, is using automated recording units that you can place out in the field,” says Jeff Wells, Audubon’s vice president for boreal conservation. Called song meters, the devices identify birds through recordings of the soundscape. Storage cards are retrieved and then analyzed by both humans and artificial intelligence.

Tracking songs through recordings, along with Indigenous knowledge, can provide the trending data needed to catch a bird’s decline earlier — and with more precision than in previous decades, especially for birds that are considered priority species. “The more fine-scale information we have as it’s happening,” says Wells, “the more we’ll be able to predict and think about, maybe, ways we can manage the landscape.”

The Canada warbler, a species of special concern according to the Committee on the Status of Endangered Wildlife in Canada (COSEWIC), is one example of a priority species that could have benefited from this data earlier. It’s a small, round boreal bird, with gentle, inquisitive eyes, a blue-gray back, and a vibrant yellow underside. A black band around its throat with dangling black lines stands out like a statement necklace. Its song is as exuberant as its color: rapid, confident, expecting a reply. Current Canadian population estimates for the Canada warbler range from 2.4 to 10.4 million, with results from the Breeding Bird Survey showing a potential decline of 51 per cent between 1970 and 2019.

That may sound like a large number, but it’s also a large decline. With around 60 to 65 percent of the Canada warbler’s population nesting in the boreal, protecting the forest means safeguarding its — and other boreal birds’ — future.

Collecting more acoustic data is a vital part of the Indigenous Guardians’ collaboration with Audubon to measure the impact of habitat loss on Canada’s boreal birds. According to Wells, the boreal recordings are crucial for establishing baseline data on the state of the avian soundscape. The recordings are combined with Indigenous knowledge of the region’s changes over time.

Two key recording projects are situated along the Poplar River and the Seal River Watershed, both in Manitoba. The Poplar River, on the east side of Lake Winnipeg, runs through a vibrant green forest that is full of life. It is part of the Pimachiowin Aki UNESCO World Heritage Site, a protected area almost the size of Belgium. The land is the ancestral home of four Anishinaabe First Nations: Bloodvein First Nation, Little Grand Rapids First Nation, Pauingassi First Nation and Poplar River First Nation.

“We’ve been doing lots of research and we’ve been doing lots of recording,” says Ray Rabliauskas, the program’s coordinator for Poplar River First Nation’s traditional lands, who has worked and lived in the community for over three decades. “We’ve been…going back to what the Elders did and going back to what the ancestors did.” The people of Poplar River feel the ultimate responsibility for the land is theirs. The Anishinaabe say, he adds, that “this is where…we were put to live — and…we recognize this area, and we have to look after it the way we used to.”

Extending beyond their own responsibility to the land, Rabliauskas sees what they do — combining Western science with Indigenous knowledge — as having a global impact. The Anishinaabe “protect the trees,” he says. “They protect the environment for birds, but also, the work that the trees and the plants do by creating oxygen and taking carbon dioxide away. They really believe it affects the world, so it’s important to them.”

“Bird people are amazing,” adds Rabliauskas. “I’ve never seen so many people dedicated to birds and bugs … and the people here are like that. And they’re genuine, those people, they’re not doing it for any other reason. They just love it.”

The Seal River Watershed Alliance (SRWA) is an alliance of four First Nations led by the Sayisi Dene First Nation in partnership with their Cree, Dene and Inuit neighbours who are centred around Tadoule Lake to the west of Churchill, Man. They are working to establish this 50,000 square kilometre watershed as an Indigenous Protected and Conserved Area — home to caribou, polar bears, wolves, birds, and the breeding grounds of beluga whales.

“It’s a little piece of utopia here that seems to be holding its own,” says Ernie Bussidor, founder and senior advisor to SRWA and former Chief of Sayisi Dene First Nation.

The alliance is also working on a birdsong project with Audubon, installing nearly a dozen song meters throughout the region. “They discovered three rare songbirds that actually nest and spend their summers in the watershed,” says Bussidor.

“That’s the beauty of living here,” he adds, “is that the migratory birds that come through here, and it’s just massive…day and night you’ll see birds, geese, everything from swans to chickadees.”

The impact of warming is imprinted on the soundscape. As the climate heats up, the nesting grounds of species shift, populations lose their footing, and, in some cases, we are left only with a ghostly dawn chorus in decrescendo.

Take the common loon, for example: as the climate changes, it heads further north. Research by Brooke Bateman, Audubon’s director of climate science, shows the common loon could be completely lost from the lower 48 states in the summer if current warming trends continue.

For Bateman, the call of the loon brings back childhood memories of her grandmother’s house in Wisconsin. It was her birder grandmother who got her into birds. “I think that [birdsong] really ties back to our sense of place,” Bateman says. For now, she brings her daughter to hear the loons while they are still around, so her daughter, too, can have that memory.

The shift in bird ranges will depend largely on the severity of the climate scenario, according to Audubon’s Survival by Degrees report. At the worst-case scenario for a Canada warbler, for example, where warming reaches 3 C, the bird may gain 63 per cent new range further north as the climate becomes more hospitable, while still losing 95 per cent of its overall current territory.

Early warning signs for species abound. The majority of rusty blackbirds and olive-sided flycatchers nest in the boreal, but both are facing steep population declines. Rusty blackbirds have lost 85 to 90 percent of their numbers in just 40 years. Even when a species is doing better, it doesn’t mean they are safe. The whooping crane population is increasing, but their current numbers are estimated at between just 50 and 250.

Once a species is gone, scientists can’t Jurassic-Park them back into existence, making increased data, funding and the work of Indigenous Guardians key to spotting the early warning signs of species decline. Otherwise, that recorded soundscape ultimately serves as a memorial.

“My yard in the summer used to be just filled with juncos,” says Valerie Courtois, adding that she no longer sees them. “You never know how precious something is until it really is gone.” 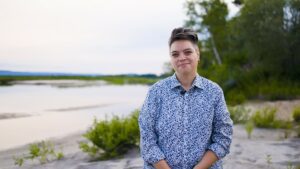