Tree rings reveal stories of the past

Tree rings have long been known to tell us the age of a tree — but they can also tell us stories of the past. An innovative program at the University of British Columbia is helping First Nations groups reveal the stories of the tree rings — and validate their own oral histories.

The project, CSI: Cedar Science Investigations, consists of workshops on tree-ring science for children and First Nations community groups. Associate professor Lori Daniels and Natural Resources Conservation student Ashley Dobko from the Tree Ring Lab at the University of British Columbia created the program to give the members of the Musqueam First Nation in Vancouver and the Haida Nation in Haida Gwaii, B.C., a chance to confirm their oral histories through science.

Western red cedars have been an essential species of the coastal temperate rainforest in British Columbia for thousands of years. They shelter species, including black bears during their winter hibernation, and improve soil conditions. They have also played an integral part of B.C.’s coastal First Nations’ culture for centuries. The bark and wood has been used to make everything from clothing, blankets and masks, to canoes and ceremonial poles.

Red cedars are an ideal species for tree-ring analysis because they are highly resistant to decay and persist for decades to centuries (some have even been dated to the year 1541 AD). The tree also forms a permanent scar when the bark is stripped.

Daniels and Dobko use a technique called cross-dating, which involves taking core samples of living red cedars to establish a baseline and thus determine common patterns.

“Once you have your common pattern you can take samples from dead trees and pattern match to figure out when they died,” Daniels says. “With scarred trees you can find the tip of the scar within the rings to determine when the bark was stripped.”

Since the project began, the team has successfully dated a number of trees that were used in traditional practices, and the results have helped bridge a gap between culture and science. Dating the cultural modifications helps create a timeline of events and supports the First Nations’ traditional ecological knowledge and oral histories. The program develops stronger communications between the younger and older generations and brings the communities closer together.

The project has also influenced the Haida Nations’ rights and title claims over their land by providing a proven timeline of their inhabitance.

“When we started working with these samples it wasn’t clear to me that we would find this deep history,” Daniels says. “But it is so rewarding to be able to say to anybody who is skeptical, here is the truth.”

Meet a Haida carver working on his region’s first totem pole in more than a century. 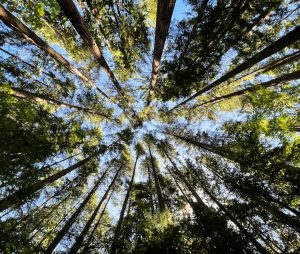 British Columbia, Washington State and Oregon sit on a fault line that is capable of producing some of the strongest earthquakes on the planet. A new book reveals it’s not a matter of if, but when the next “Big One” will strike. 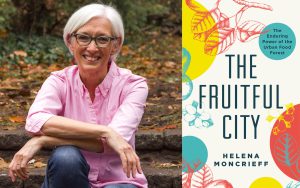 The surprising bounty of urban backyards

In this exclusive excerpt from The Fruitful City: The Enduring Power of the Urban Food Forest, author Helena Moncrieff goes inside the movement to find purpose for Toronto's forgotten fruit