The wonderful wildlife of the Galapagos

Marine iguanas. Giant tortoises. Blue-footed boobies. Mangrove finches — and about 200,000 tourists a year: The evolution of conservation and adventure in the Galapagos Islands. 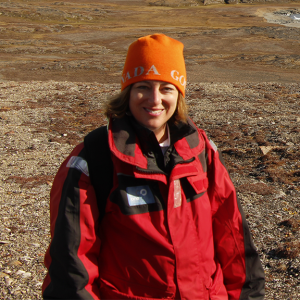 The blue-footed booby is one determined suitor. He lifts up one foot and then another in a dancing frenzy, as if showing off a pair of precious new Prada loafers. The object of his affection noses him with her beak, sizing up the shade of turquoise in his feet with her piercing yellow eyes. She is not entirely convinced. The feet aren’t blue enough.

Nearby on a rock, a great frigatebird uses a wholly different strategy to pick up the chicks. He blows up a bright red pouch under his chin and squawks loudly — very, very loudly — at females flying overhead, as if saying, “Look, at my red balloon! Fly down and party in my nest!”

The birds’ complete absence of fear makes the scene all the more magical as our small group of passengers, from Lindblad Expeditions’ National Geographic Endeavour, wanders about the Galapagos’s North Seymour Island and watches these famous mating rituals, undisturbed. It is one of Earth’s truly special places, one that humans have touched, but delicately.

“Extreme tameness is common to all terrestrial species,” observed Charles Darwin, who came here in 1835 during his round-the-world voyage aboard HMS Beagle. The naturalist was so impressed by the vast number of endemic species, he was inspired to develop his then-novel theory of natural selection and survival of the fittest. More than 180 years on, the Galapagos remains both a tame and enchanting place.

The ecosystem in this volcanic archipelago, located 900 kilometres west of Ecuador in the Pacific Ocean, took millions of years to evolve and is very fragile.

Most of the 19 islands have their own different species and unique geology, ranging from an extinct volcano on Rábida, with its rocky coastline and stunning red sand (from the iron in the lava) to active volcanoes on Fernandina, covered with black, lifeless lava flows.

Giant tortoises find shelter in the shade of cactus trees on Santa Cruz, patiently allowing themselves to be photographed — again and again. Forty-centimetre-high Galapagos penguins — the only penguins in the world this far north — are similarly nonchalant, as are the world’s only marine iguanas. They can dive almost 10 metres, then wade ashore to settle on rocks in the sun, spitting out sea water. Darwin called them “imps of darkness,” and though they are blissed-out vegetarians, there is something faintly terrifying about the spiky Godzilla-like creatures, as though they might suddenly grow several sizes and roar like a dinosaur.

Lars-Eric Lindblad, the Swedish-American founder of Lindblad Expeditions, was the first travel company owner to bring people to the Galapagos back in 1967. He supported Ecuador’s efforts to create Galapagos National Park, which was in 1978 declared a UNESCO World Heritage Site. His son, Sven-Olof Lindblad, has continued the tradition, with two ships based in the Galapagos year-round and ongoing efforts to fundraise for conservation projects undertaken by the Charles Darwin Research Station on Santa Cruz.

It has been a struggle, over the years, to protect such an incredible ecosystem. There used to be 15 species of giant tortoise; today, four are extinct, including the tortoises of Pinta Island. The last member of his species, Lonesome George, was thought to have been more than 100 years old when he died in 2012.

Rats had been a problem, though they have been successfully eradicated, as have feral goats and donkeys. On Santa Cruz, a type of blackberry has overrun the highlands and is almost impossible to eliminate.

“The biggest need in the Galapagos is to get rid of introduced species, the flora and fauna that can threaten the unique natural species still living here,” says Fabian Bucheli, one of several naturalists who accompany Lindblad guests on daily hikes. “In some cases that can be done with poison. But sometimes they must be hunted one by one, and that is extraordinarily time-consuming and expensive.”

The UN placed the Galapagos on its world heritage danger list in 2007. It withdrew the designation in 2010 following Ecuador’s determined efforts to limit tourism, deport illegal residents and do a better job inspecting ships for invasive species. The government also recently announced the creation of a marine sanctuary protecting more than 47,000 square kilometres, or about one-third, of the water around the islands. That means no more fishing.

Still, the sheer number of tourists — about 200,000 a year — and the infrastructure needed to support them makes it a challenge to keep this environment intact. With more than 97 per cent of the islands uninhabited, rules for visitors are very strict. We have to stay on marked trails, can go ashore only with a certified guide, and cannot use flash photography, stay after sundown or remove anything.

Meanwhile, conservationists are continually working to win the support and cooperation of the local population. In 1990, just 10,000 people lived here, mainly on Santa Cruz and San Cristóbal islands. Today, the number of Galapaguenos stands at about 30,000, the same as the giant tortoise population.

And not all locals are enthusiastic about eradication programs, we’re told — or as one naturalist puts it, some people would prefer to be eating goats, not getting rid of them. “We need locals to buy into the importance of conservation,” says Arturo Izurieta, executive director of the Charles Darwin Foundation, the scientific organization that operates the Santa Cruz research station.

Like several of the islands’ giant tortoise species, the mangrove finch is endangered, but all because of a common fly that lays eggs in its nests and feeds on its blood. That’s why for the last three years, the research station — in conjunction with the national park, San Diego Zoo Global and Durrell Wildlife Conservation Trust — has operated a program to boost the bird’s population. The chicks are raised in captivity for the first eight weeks of their lives, during which they are fed up to 15 times a day, and then they are returned to their natural habitat.

It was this famous songbird that helped Darwin develop his scientific theory of evolution. He identified 14 finch species that live only in the Galapagos, and observed that their beaks had evolved to different lengths and shapes. Darwin attributed this to their geographical isolation and exposure to different environmental conditions. It seems like a logical conclusion today, but at the time, the idea was so revolutionary he didn’t publish his findings until 1859, more than two decades after he set foot in the Galapagos. His deeply religious wife, Emma Wedgwood, remained vehemently opposed to his theory, as did many other critics.

I feel a deep thrill as we land on Santiago Island, where Darwin spent nine days camping. We wade ashore from the Zodiacs to avoid the swell, then take an early morning walk along the pristine beach, jumping over poisonous green apples that cover the ground and marvelling at the sea turtle tracks in the sand. This is where Darwin collected many of his plant species. I imagine his delight as he took in the sight of the fur seals playing in the water. With their whiskers, huge eyes and short, flat tails, they resemble playful bears. I imagine, too, how he must have felt when he saw his first giant tortoise.

“I was always amused when overtaking one of these great monsters [tortoises], as it was quietly pacing along, to see how suddenly, the instant I passed, it would draw in its head and legs, and uttering a deep hiss fall to the ground with a heavy sound, as if struck dead,” Darwin wrote in his journal, published in 1839 as The Voyage of the Beagle. “I frequently got on their backs, and then giving a few raps on the hinder parts of their shells, they would rise up and walk away; — but I found it very difficult to keep my balance.”

Today, visitors would be thrown off the island for merely thinking such a thought. But the “great monsters” remain a sight to behold and underline the need to preserve these islands for future generations.

This story was originally published in the September 2016 issue of Canadian Geographic Travel.