Gentle notes strum on a guitar, as a boat glides across the waters of Nuu-chah-nulth territory in British Columbia, where musician Hasaatuk’s ancestors have lived for thousands of years. As her voice rings out, loud and vibrant like her namesake, Hasaatuk showcases not just her music, but the land she lives on, and her father who taught her how to play guitar.

The video is just one of 16 films directed by filmmaker Sarain Fox for this year’s International Indigenous Music Summit, which began airing last night. The series is called Giiwewizh — meaning “to carry home” in Ojibway Anishinaabe — and was created in isolation by Indigenous artists attending the summit.

Fox started working with the International Indigenous Music Summit two years ago, designing their music rooms first in Montreal and then again in New Orleans. When the organizers made the critical decision last year to pivot their third summit to a virtual event, they solicited Fox’s support in weaving together a programme that would inspire and engage attendees. With delegates and artists spread across some of the most remote regions of the country, Fox was faced with a challenge.

“We were thinking of new and innovative ways for people to take in content. Interesting ways to share Indigenous music, but to also share stories and to find a way to really feel that same connection,” Fox says. “How do you recreate the intimacy and the connection from a live show? For us, it comes through stories.”

The team was so thrilled with her suggestions they hired Fox to direct 16 artists in the creation of short films which began airing — in geographical order, from west to east — at the Summit, last night.

When tasked with directing 16 productions with no crew but plenty of interprovincial restrictions, Fox turned to her own experience as a filmmaker, settling on a medium that she carries in her pocket everywhere she goes: the iPhone. “I needed to include each artist in a meaningful way, so we empowered each of the artists with an iPhone to see the world through their lens. [It allowed me] to be on the ground, in that intimate space, and to tell their stories.”

The production was executed entirely virtually, with Fox providing instructions to each artist and starting each film with an interview where she posed the same questions: “What is home? How does the land influence your work? I asked the artists to let me in and to be vulnerable and to allow us to see their music, their stories. Life through their own perspective.”

“For Indigenous people,” says Fox. “This is revolutionary. We are never asked or allowed to tell our stories exactly from our perspectives. We're always trying to mold them into somebody else's narrative or fit them into a space where we think a wider audience might view them. We don't get to make them completely as we want to in the way that our stories need to be told. And so, when you're looking at these films, you'll see that there are 16 completely different results all stemming from the same questions.”

The videos capture the sound of waves pummeling the sea wall; the creaks of swaying trees in an old-growth forest, the chirps of a songbird. The symphony of the natural world may be lost to city dwellers, but to the Indigenous musicians behind the Giiwewizh films, it provides a soundtrack unlike any other.

“Being in the space that my ancestors have been for thousands of years, is [truly] amazing. It’s a great feeling to be out there, to live off the land and the water,” says 21-year-old Hasaatuk, a proud descendant of Nuu-chah-nulth, Woodland Cree and Finnish peoples, as she sits in-studio speaking to the camera about where she lives and the music she creates. The International Indigenous Music Summit marks her debut for international and national audiences. 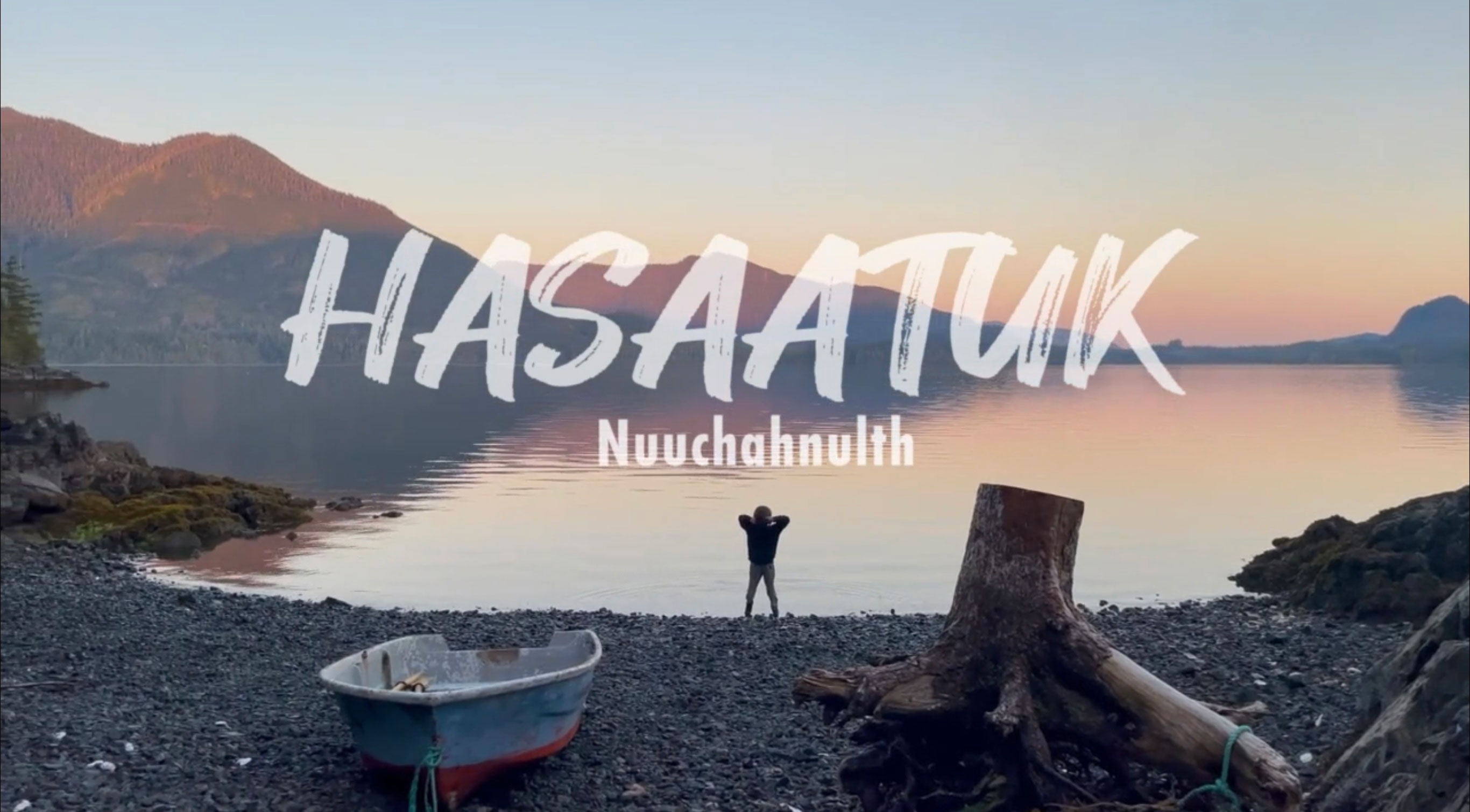 “We reclaimed this traditional piece of land and it became very important for me to protect that. To make sure it’s pristine for as long as I live,” Hasaatuk says in her short film, which features stunning scenes from her family home in a region they call Seitcher Bay, named after her family. “One of the first songs that I wrote was about Chitapii [translation: Catface], a mountain that is significant to my ancestors. It was being proposed for a copper and gold mine by Imperial Metals. I was 12, and I remember an hour-long boat ride to Tofino, and then driving all the way to Vancouver. I would sing the song in front of the Imperial Metals building, to ensure our mountain would be saved.”

For Hasaatuk’s short film, Fox worked with the artist through virtual meetings and phone calls. “I did this entire project with her from a place they lovingly call ‘three of our islands’.” It was a rowboat away, so every time the two connected, Hasaatuk was actually talking to Fox from what she believed to be an island. “When she sent me her footage, I realized it was a tiny little bar of land barely above the ocean,” Fox says, remembering all meetings where they talked for 45 minutes at a time. “She was likely getting soaked and battling the winds. That's pretty incredible.”

Across the country, artists faced similar challenges while creating their films. But Fox believes their collaborative spirit is what carried the production forward. “The biggest hurdle every single time, except for our artists who live in big cities, was transferring footage. It's just a reality, particularly for artists in the north,” she says. “We often forget that there's a whole other reality for many remote Indigenous communities that don't have access to basic Internet,” Fox explains. 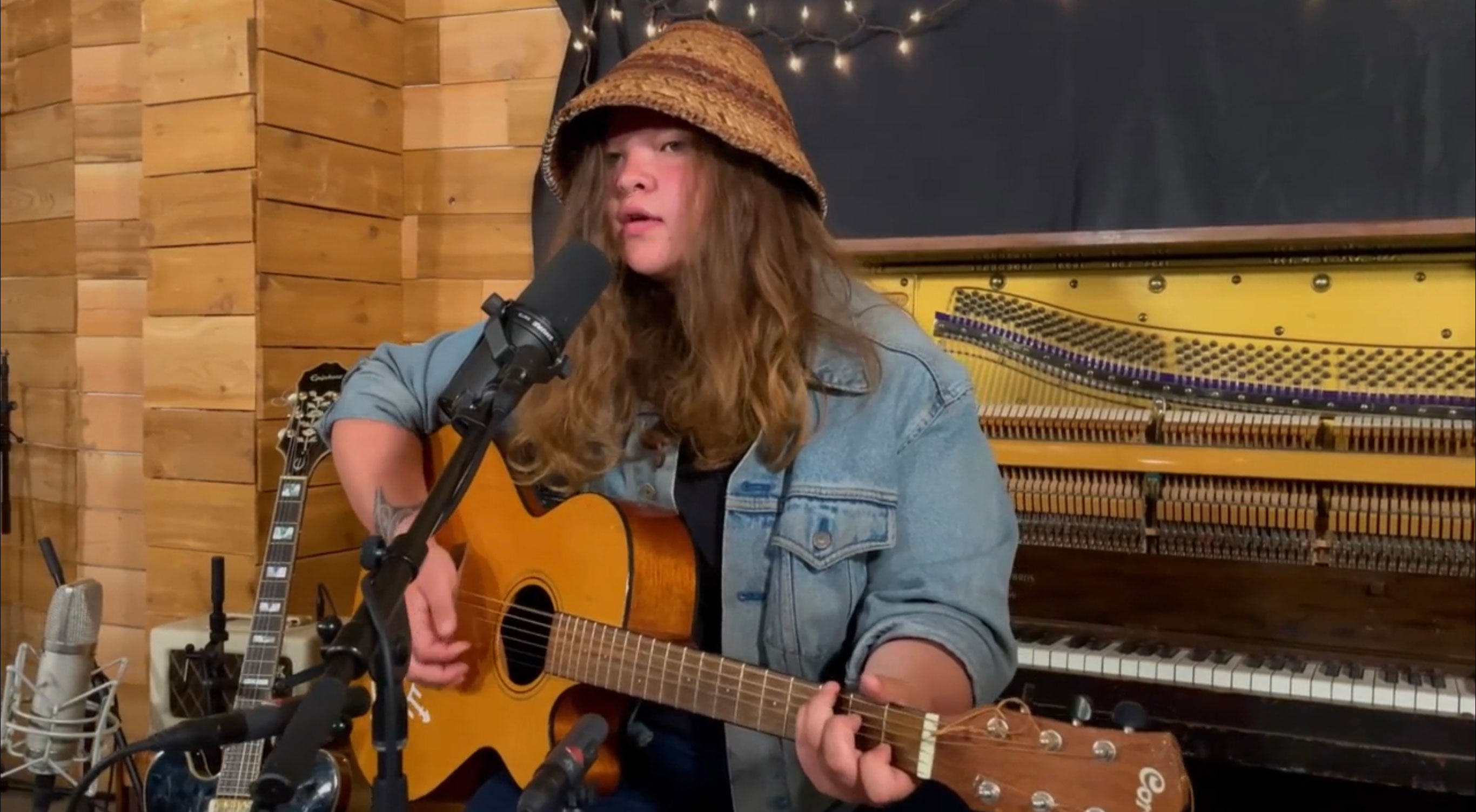 “These artists really went out of their way to collaborate with us. I wanted to honour their stories, and the results were astounding. You see the storytelling, you see the magic in the artists and what they said.” The artists have not yet seen their completed films, and will share the premiere experience with Summit attendees as the series is rolled out online in the days to come.

Giiwiizeh was a labour of love for Fox, who encourages emerging Indigenous creators to persevere with creative projects, regardless of the technology they have in-hand. “For a really long time, I thought that I didn't have the right tools, or that it wasn't the right time for me. That I wasn't the one to tell the story. I just didn't think that I was good enough,” she says. “But the real truth is that we all deserve to take up space. Whether it's an iPhone, even if it’s the oldest model, or an old video camera. Whatever you can get your hands on. I want to tell Indigenous people: Create. Go share your own story first, because our own story, the story of our family, is as epic as anyone else's. I think we have to start there.”

The International Indigenous Music Summit is streaming live, from Ottawa, on the unceded territory of the Algonquin Peoples. Tickets are available on a sliding scale, ranging from free — or pay-what-you-can — to $250.