The ants go marching one by one: social distancing in the animal kingdom

While we struggle to implement coordinated responses to the COVID-19 pandemic, many species show extreme commitment to preventing the spread of disease — and even sacrifice 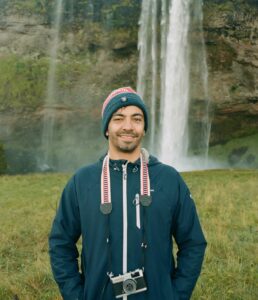 The colony hums, alive with the activity of 4,000 organized ants. At the centre of it all is the queen, her eggs and larvae. Nurse ants take care of the nest and queen. Others forage for food outside. But one forager ant is acting strangely. Whereas the others come and go, it stays away from the rest of the colony, and they away from it. Its body is covered with fungal spores.

Quarantine. Border control. Vaccination. Decontamination. All protocols that have become ingrained in our society over the past 14 months. But humans are not the only species to enforce drastic measures to counter the spread of disease. From altruistic ants to lonely lobsters, the animal kingdom has been evolving defence mechanisms for millennia.

“Animals constantly deal with infectious diseases,” says Stockmaier, a PhD student at the University of Texas who studies sickness behaviours and social interactions in vampire bats. “It’s not really a surprise that these defensive behaviours, whether intentional or unintentional, have evolved to some extent.”

When the pandemic struck, Stockmaier and his co-authors saw an opportunity to put together a review of the ways nature copes with disease. One animal stood out due to its complex social structure and seemingly extreme levels of altruism.

“Ants have the same challenge that we have as social beings,” says Nathalie Stroeymeyt, senior lecturer at the University of Bristol and co-author of the review paper. “Because they live in close proximity, they’re vulnerable to infectious disease. If [an ant] gets sick, it’s likely to spread.”

To counter this, black garden ants restructure their entire social network when exposed to a pathogen. This highly coordinated response is underlined by an innate altruism. Ants that become infected quickly alter their behaviour, staying away from the nest and giving up the benefits of the colony. This commitment to queen and colony can be attributed to the fact that only the queen can reproduce. Where humanity’s drive to survive comes from the individual urge to reproduce, the survival of an ant colony depends on the queen. When an ant sacrifices itself for the colony’s benefit, it is in its own way ensuring its genes are passed down.

Observing this behaviour can be hard — how do you keep track of one ant in a colony of several thousand? Stroeymeyt and her team found an innovative solution: They attached miniature QR codes to the back of the ants.

“We can actually track all the ants at the same time at a high rate and see what they’re doing, where they’re going, who they’re in contact with,” says Stroeymeyt. “That gives us a nice overview of their organisation.”

As well as the infected ant distancing itself from the nest, the rest of the colony can detect the pathogen and socially distance themselves. Nurse ants close to the queen and eggs generally avoid contact with the forager ants who travel outside the nest. When a disease does arrive, this compartmentation increases.

“It isn’t just the infected ants that isolate themselves,” says Stroeymeyt. “The healthy foragers also spend more time outside.”
Stockmaier, Stroeymeyt and their colleagues call this “proactive social distancing,” a behaviour also seen in humans (you’re probably doing it right now). The comparison with people, however, stops there.

“When larvae are sick to the point that they’re about to sporulate, they emit a signal to say ‘that’s it, I’m sick. It’s over for me, I’m a risk to you,’” says Stroeymeyt. “That triggers the other ants to destroy it. They then chew it into little pieces and spray it with formic acid to disinfect everything.”

Nurse ants do try and save those in the early stages of infection. They do this by removing the fungal spores from the bodies of sick ants, chewing the spores with their acid, before spitting them out. This has a double benefit — while you expect these caregivers to be at a higher risk of infection due, these brief exposures result in a lower than usual rate of infection. Immunization.

Eric Shattuck, assistant professor of research at the University of Texas in San Antonio, studies the connection between behaviour and infectious disease in humans. He says there are overlaps between behaviours shown in humans and animals. Zebra finches, for example, display stronger sickness behaviour when alone, but this weakens when faced with group social pressure. He compares this to healthcare workers who work even though they are sick. “They’re still compelled, whether that’s spoken or unspoken, to keep attending work, even though that’s in contradiction to the biological drives that are telling us to rest and recuperate.”

Other animals prefer a more passive approach to social distancing. Vampire bats display lethargic behaviour when sick and spend less time grooming each other. Avoidance is another common response to the presence of disease, with many species going out of their way to escape infection. Trinidadian guppies and Caribbean spiny lobsters have both evolved the ability to recognise when fellow members of their species are sick and try to avoid them. To Stockmaier, it’s a behaviour we should find familiar.

“We know this behaviour —  if we go to the grocery store and someone sneezes next to us, we will probably step away,” says Stockmaier. “We would have done that before COVID, even though we’re more sensitised to it now.”

Stockmaier, Stroeymeyt and Shattuck are all in agreement on one thing. While there are lessons to be learned from the way animals respond to disease, we must keep in mind the differences in our social structures and avoid making direct comparisons.

“In humans, it wouldn’t be desirable to sacrifice individuals for the sake of the group, which ants do, because that’s their interest,” says Stroeymeyt. “They have this particular organisation where only the Queen reproduces, and humans don’t have that. We want to save everybody.” 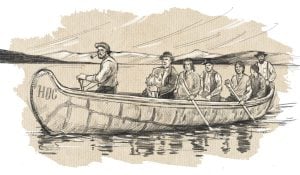 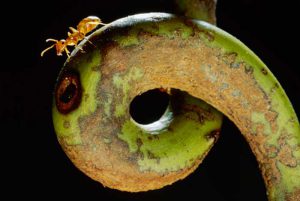 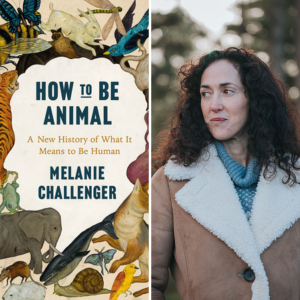