A lucky shot of a Taurid meteor streaking across the Saskatchewan sky is lighting up social media this week.

Bill Allen, a photographer from Ralph, Sask. and CanGeo Photo Club member initially wasn’t even going to go out shooting on the night of November 8, but decided to try for some auroras.

He set his camera on the ground, pointed at the Big Dipper and pushed the cable release — just in time to capture a brilliant fireball.

Allen may have been one of the only people to photograph the meteor, but many people in southern Saskatchewan saw and even heard it: a bright flash and loud boom were reported by Twitter users from Saskatoon to Regina.

University of Saskatchewan astronomer Stan Shadick told CTV News the meteor likely burned up entirely in the atmosphere and posed no threat to humans.

The Taurid meteor shower is an annual event, so named because the meteors appear to come from the constellation Taurus. In fact, the shower is caused by the Earth passing through the debris field of the Comet Encke.

This year’s shower peaks on November 11th and 12th and experts say this will be a particularly good year for meteor spotting, since the peak coincides with the new moon.

If you capture a great Taurid photo, share it with us on Twitter or upload it to our Photo Club for a chance to be featured online or in the magazine. 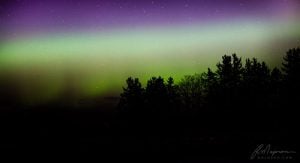 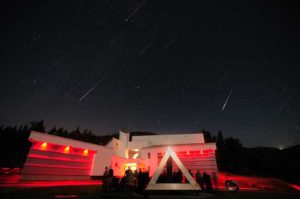