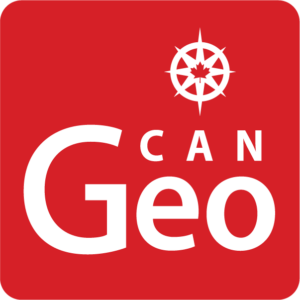 Come on over, the water’s fine! At least it is in Sackville, N.B., which recently received international recognition for its efforts to protect and restore wetlands.

The town is the first in North America to be accredited as a United Nations Ramsar City Wetland Site, an honour Ron Kelly Spurles, manager of tourism and business development in Sackville, describes as the “Academy Awards for Wetlands.” Wetland City Accreditations are given every three years under the UN convention that recognizes the conservation of wetlands of national and international significance.

The scheme “encourages cities to highlight and strengthen their positive relationship with wetlands as valuable ecosystems that provide multiple benefits to its citizens,” said Jay Aldous, Deputy Secretary-General of the Convention on Wetlands. It also gives cities international recognition and publicity — and possibly a boost in tourism — for protecting their wetlands.

Kelly Spurles worked closely with the Canadian Wildlife Service to put together the application. The CWS has a long history with the town of Sackville — the first CWS office in the Atlantic Region was established in the town in 1947 by biologist George Boyer. Boyer chose Sackville because of its salt and freshwater wetlands on the Bay of Fundy and their known importance to migratory birds.

For the small town of roughly 6,000, the international recognition means a lot. “Sackville exists because of wetlands, because of the marshes that it was built on and next to,” said Spurles. “So it’s kind of a recognition of all of that work of developing the wetlands.”

The accreditation will allow the town to further strengthen its ability to develop and protect wetlands in the area, using the accolades to target the wetlands for responsible tourism and funding opportunities.

The main inspiration for the Sackville accreditation was the town’s pride and joy, the 55-acre Sackville Waterfowl Park. The park was originally a salt marsh that was flooded daily by the Fundy tides.

The Mi’kmaq people had relied on its abundance of valuable resources for many years, but when the Acadian settlers arrived, they ditched and drained the marshes to free up the rich soil for farming.

The Town of Sackville and Ducks Unlimited Canada impounded and flooded Sackville Waterfowl Park in 1988 in partnership with Mount Allison University, the province of New Brunswick, and the CWS. Under the guidance of an Advisory Committee that includes members of CWS, the park is now managed by the Town of Sackville.

The New Brunswick government recently announced plans to merge Sackville with the nearby communities of Dorchester, British Settlement, Westcock, and Wood Point. This will increase Sackville’s population to roughly 8,352 and, Spurles said, will potentially provide the expanded community with more wetlands to develop and protect.