Bora Bora, where the honeymooners head, is as famous for the luxury of its hotels as it is for the extravagance of its scenery. Its near-neighbours to the southeast in French Polynesia’s Society Islands want for nothing of the latter, as far as I can tell, and what Raiatea and nearby Taha’a might lack in newlywed bustle, they make up for in … well, no bustle at all. Also: there’s nowhere better in the region to get to know the uses and yields of Polynesia’s rich natural environment. Amid all those coconut forests, beside the teeming turquoise ocean, you might as well introduce yourself to some of the natural industries that satisfy the tastes and vanities of visitors while at the same time sustaining the region’s economy.

Enclosed within a shared coral reef, Raiatea and Taha’a lie an hour’s flight from Pape’ete, French Polynesia’s capital and travel hub. There’s just the one airport, perched by the water on Raiatea, but it’s a quick crossing from there to Taha’a by boat.

It was on Raiatea, driving the coil of a coastal road with guide Tehina Rota early in my visit that I wondered about the big decks we kept passing, scattered with … something. To my Canadian eyes, they looked like Newfoundland fish flakes. Not quite: Tehina pulled over to show me that here, in place of Atlantic cod or capelin, it was broken-up meats of coconuts that were spread out to dry under the high, hot sun.

Later, on Taha’a, a guide named Samuel Tamaehu grabbed a coconut from a pile in his yard and fetched up a short knife to give me a quick tutorial on parting the meat from the nut that falls from the tree encased in a protective husk — hack, hack, hack, done. Copra is what the desiccated finished product is called, and it’s sacked up and sent off for refining. Coconut oil is one of French Polynesia’s principal exports, both for use on its own in the kitchen and as a key ingredient in other products, like margarine and soap.

Taha’a, nicknamed the Vanilla Island, produces the vast majority of the fragrant pods that Polynesia exports in raw form as well as in processed powder, paste and oil. Native, originally, to Mexico, the vanilla orchid only arrived in the South Pacific in 1848. It didn’t first take root on Taha’a until nearly a century later. Discerning cooks say that Tahitian vanilla is more subtly flavourful than its cousins from Mexico and Madagascar. Cultivating the flower from which it derives is a delicate and labour-intensive business that takes the better part of nine months to yield fruit. At La Vallée de la Vanille in the forest just beyond Taha’a’s western shore, co-owner Brian Hansen explained the process to me as we wandered, pointing out how the trees act as trellises on which the vanilla flowers climb and thrive. They have to be fertilized (or “married”) by human hand, and need plenty of sunlight. In recent years, Brian said, wet weather has seen his production flag from an annual yield of 80 tons in 2012 to 16 in 2017.

Discerning cooks say that Tahitian vanilla is more subtly flavourful than its cousins from Mexico and Madagascar.

A fifteen-minute drive away, at Domaine Pari Pari, Laurent Masseron makes the most of Taha’a’s vanilla abundance, infusing it into one of his signature brands of rum. Rhum agricole, actually: drawing on a deep expertise in wine and terroir acquired in his native France, Masseron established his Taha’a distillery in 2005. Rum is brewed from molasses, often in the Caribbean; rhum agricole is made from the juice of sugarcane, which abounds on Taha’a, and is grown free of chemical fertilizers and pesticides. A tour of the Masserons’ striking post-and-beam open-air facility takes you past crushers and juice extractors, fermenting tanks and stills. Inevitably, you find yourself in the tasting room where, if you’ve already had your fill of vanilla, you have your choice of five other varieties, including a rhum paille aged in oak barrels and another cured in repurposed Madeira casks.

Completing my day’s tour of Taha’a, I made my way along the front at Tapuamu Bay to the long pier that takes you out to the cluster of stilted huts that preside over the operation at the Iaorana Pearl Farm, the island’s largest. Polynesian legend holds that the black-lip pearl oyster is a daughter of Okana, spirit of the coral, and Uaro, spirit of the sand. ’Oro, god of war, is said to have ridden down from on high on a rainbow to present the oyster to mankind, which explains (legendarily, at least) the remarkable iridescence of Tahitian pearls, which come in a variety of lustrous hues, blue and violet and golden and silver.

The view out from Iaorana is an intensity of blue sky upon bluer-still ocean, with Bora Bora rising up to divide them. As with the vanilla, the process here is meticulous and very much hands-on. Deep down under the water, in beds that spread across 50 acres of the bottom of the bay, the culturing of pearls is a five-year operation. A typical oyster lurks underwater for three preparatory years before it’s hauled up and opened to have a nucleus implanted, an irritant that the oyster duly coats in layer upon layer of nacre — mother of pearl. Back it goes, then, this irritated oyster, into the bay. It will be another two years before the pearl will be ready for harvest and, eventually, the bracelets, the earrings, the necklaces they sell at the Iaorana shop on the way back to shore.

Stephen Smith writes for Canadian Geographic and The Walrus. His first book was Puckstruck: Distracted, Delighted and Distressed by Canada’s Hockey Obsession. 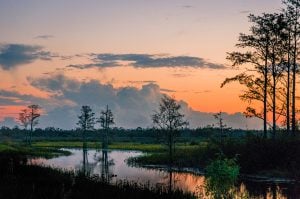 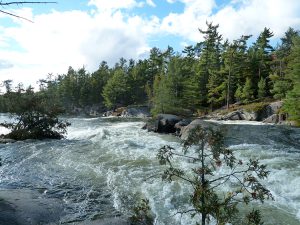 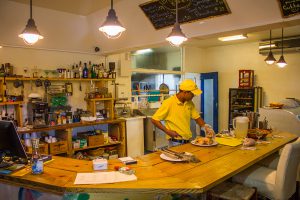 Warm your bones this winter by making these tropical drinks