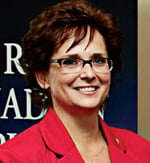 PACHINO, A SMALL SICILIAN VILLAGE, sits next to the Vendicari Nature Reserve, nestled in the coastal landscape of Capo Passero. Today, the area is characterized by the warm Mediterranean sun, extensive viniculture and unspoiled nature.

Seventy years ago, however, the 1st Canadian Division experienced something very different during its 1943 march inland from the Pachino beachhead as part of Operation Husky, the Second World War campaign that liberated the island from Nazi control. Author Farley Mowat, a Second World War infantry officer himself, described the subtropical heat and unforgiving terrain of Sicily as the “inanimate enemy.”

Those sentiments led me to Sicily to join Operation Husky 2013, a commemorative tour of the island on the anniversary of the original mission. The tour began on the Pachino Peninsula on July 10, and participants — including war historian Mark Zuehlke and 60 Canadian Forces soldiers representing the 30 Second World War battalions of the campaign — marched more than 400 kilometres in the footsteps of our veterans. Each day of the trek was marked by remembrance ceremonies.

As the sun sets behind me at one such event, a memorial march in Enna, an ancient town in central Sicily, I notice long shadows cast before the marchers, troops and pipers. The scene makes me think of what someone once told me: “You can’t go forward into the future without looking back to the past.” I turn to see the reddish hues of dusk casting their glow on the town, then look forward to see the parade, remembering clearly why I’m here. I would soon connect with a Canadian family whose trip to Sicily was more personal than mine.

COMPLEX TERRAIN and parched vegetation surround Leonforte, a town east of Enna with hive-like buildings that Canadians fought for in the summer heat of 1943. When the battle ended, 56 Canadian soldiers — members of the Princess Patricia’s Canadian Light Infantry, the Seaforth Highlanders and the Loyal Edmonton Regiment — had died.

The Operation Husky 2013 group is up at 4 a.m., marching to the town to take part in another ceremony. The torrid heat, reaching as high as 45 C, does little to deter throngs of people from attending. As the crowd of marchers, organizers, Canadian soldiers, local politicians, tourists and townsfolk part ways afterward, I see a family wearing identical screen-printed T-shirts.

The Gervais family, George and Shirley and their children Charlotte and Joshua, are from Alberta, and it turns out George and I went to the same high school in Mafeking, Man. Their matching shirts show side-by-side photos of George’s father Victor Joseph Gervais. One is of Victor as a young man in his Royal Regiment of Canadian Artillery uniform, the Sicilian landscape stretching out behind him; the other is of a much older Victor, proudly wearing his military medals.

After years of research, the Gervais family put together a record of Victor’s service. At 22 and living with his widowed father in Alida, Sask., Victor enlisted in Canada’s non-permanent active militia, and later the South Saskatchewan Regiment. He trained at Camp Shilo, near Brandon, Man., and in England and Scotland, before becoming a member of the Royal Regiment of Canadian Artillery.

The Sicilian campaign was his first theatre of war. He served as a gunner on the 25-pounder heavy artillery howitzer. Victor was eventually promoted to bombardier, then sergeant.

“He passed away in 2002,” says George from behind his sunglasses. “He never talked about Sicily until near the end. He was the only member remaining of his original six-man gun crew that left from England.”

As we part, I hear George say to Shirley: “What are the odds of seeing a Mafeking girl in Sicily? We should buy a lottery ticket.”

The good fortune of meeting someone from home made me feel lucky, particularly stumbling upon the Gervais family’s story. It also made me realize how lucky Victor was to return home.

MANY SOLDIERS, of course, weren’t so fortunate. I confront that reality in Sicily’s Agira Canadian War Cemetery. Agira is perched on Mount Teja; it’s an impressive sight, overlooking the surrounding hills and valleys. The Romans called it Agirium, and Cicero made mention of it in his book In Verrem. Its architecture is a testament to the fusion of cultures that have left their imprint on the area: Norman-influenced churches, remnants of an Arab-Byzantine fortress, a synagogue. The city looks almost identical to how it did during the Second World War.

Agira would prove to be the most significant Canadian battle of the Sicilian campaign. It was a strategic stronghold for the Germans and stood squarely in front of the Canadian advance. The 1st Canadian Division took the city on July 28, 1943, after five days of intense fighting — a combination of infantry, artillery and mortar fire, punctuated by a company of Vancouver’s Seaforth Highlanders scaling the 90-metretall cliff beneath the city.

Because of its significance to Canada’s war effort, it makes sense that, in September 1943, Canadian officers chose a small hill overlooking the cerulean Nicoletti Lake near Agira as the cemetery site for their comrades who died fighting on the Mediterranean island. The graveyard also made a natural site for the culmination of Operation Husky 2013, a ceremony to recognize the 562 Canadian soldiers who died in Sicily (428 of whom are buried here).

Veterans Affairs Minister Julian Fantino, 1st Canadian Division commander Major General James Ferron, other dignitaries and hundreds more Canadians and Italians attend the service. It begins with a prayer, then a Canadian Forces bugler plays the “Last Post” and “Reveille” and several wreaths are laid at the base of the monument in the centre of the cemetery.

“Each morning in the military, roll call is taken by a commander to make sure no soldier is missing,” says Stephen Gregory, the organizer of Operation Husky 2013. “Today we will participate in the same roll call to remind the men here, as well as each other, that no one has forgotten them.”

Participants are invited to stand graveside and to represent a fallen soldier by answering the ceremonial call in their place. Silently, people shuffle among the dead. Standing on the desiccated grass, I notice Bob Wigmore, a Canadian veteran of the Sicilian campaign, standing steadfastly upright at the foot of a grave. He moves to another where a Canadian woman stands and asks if he might trade places with her. She nods. “He was my best friend,” says Wigmore.

This roll call is at the core of the remembrance, a word that implies action and suggests effort, forethought and continued attention. Remembrance is more than a poppy on a lapel in November.

Indeed, as the name of 21-year-old J.P. Chardola of the Royal 22e Régiment whose gravestone I’m at is called, I stand somber and dutiful, with an emotional lump welling in my throat and my eyes watering. And, as loud as I’m able, answer “Sir!”

Watch cgeducation.ca this fall for a series of classroom activities related to Operation Husky developed by Canadian Geographic Education chair Connie Wyatt Anderson and informed by her visit to Sicily as part of Operation Husky 2013.