Ontario’s Ministry of Natural Resources has proposed revisions to its Endangered Species Act that would allow exemptions for certain industries — a move environmentalists say would be a step back in the protection of species at risk.

The original 1970s legislation was overhauled six years ago. The updated act — hailed at the time as the best Endangered Species Act in the country — required permits for projects that could adversely affect species at risk or their habitats. It also increased fines and improved accountability.

The Ontario government may now be loosening the rules. The proposed changes would include exemptions for existing projects and new activities related to mining, quarries, logging, hydroelectric dams, roads and municipal development. The ministry says these industries must already abide by legislation, which makes the added regulation of the Ontario Endangered Species Act redundant.

A February 9th editorial in the Toronto Star called the proposed changes a “sad state of affairs.”

“In the rush for resource development, it appears that Ontario’s Liberal government is sacrificing endangered species … for jobs and the economic benefits the industries provide,” the article reads.

Changing the act would not further jeopardize Ontario’s endangered species, Ron Nelson, president of Northwestern Ontario Municipal Association, wrote in an open letter response. Rather, the changes would remove the financial burden of applying for permits.

“These changes do not give industry a free ride: rather they guarantee that the recovery of species at risk will continue, while also ensuring that economic development activities, such as forestry, will be allowed to proceed without unnecessary impacts.”

He says the Crown Forest Sustainability Act, which the industry must abide by, already includes the protection of species at risk and their habitat.

However, environmentalists are doubtful that self-regulation within industries will be as effective as provincial law.

“Surely if the other applicable legislation in Ontario provided sufficient habitat protection measures for species at risk, we would not need an Endangered Species Act,” said Rachel Plotkin of the David Suzuki Foundation on the organization’s website. “The reality is that Ontario has over 200 species at risk largely because the past and current legislative landscape do not provide adequate habitat protection for species.”

“Now we need to change the narrative that environmental legislation is bad for business. Protecting our environment is the future. It really is in every one’s best interest,” Plotkin said.

The ministry will review public commentary and finalize changes to the Ontario Endangered Species Act by July. 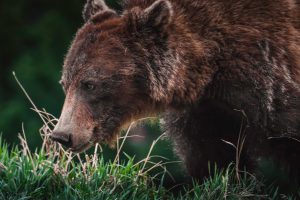 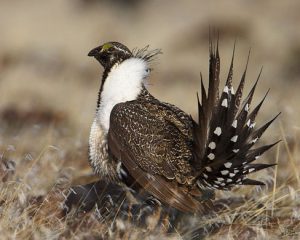