“Maybe they are happy to be home:” Watching the salmon run in British Columbia’s Adams River

The Indigenous-owned and operated Quaaout Lodge in the B.C. interior is an ideal base for watching one of North America’s most amazing migrations 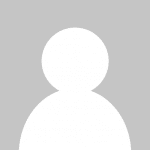 Leaves crunch under my feet as I follow Adrian Lewis, cultural liaison for Quaaout Lodge & Spa in the B.C. interior, along an earthen trail in Tsútswecw Provincial Park. His long black hair, pulled into a ponytail, swings beneath a traditional cedar hat; his eyes search the crowds gathered on the bank of the Adams River for the best place to take part in an ancient observance.

Finally, he stops by a tall willow that leans over the water, and waves me over. Here, framed by a kaleidoscope of autumn leaves, the river is roiling with bright red sockeye salmon looking for a place to spawn.

Watching the salmon darting through the ankle-deep water, Lewis begins to recount a story. “A child asked an elder, ‘Why do they dance like that?’ To which the elder replied, ‘Maybe they are just happy to be home.’”

Every year beginning in late summer, hundreds of thousands of salmon end their life’s journey here in the Adams River, a tributary of the Fraser River located some 500 kilometres inland from the Pacific Ocean. During dominant years, which occur on a four-year cycle, the number of salmon returning to spawn here can number in the millions (2018 was a dominant year; the next peak run will occur in 2022). Quaaout Lodge is an excellent base for those interested in witnessing this amazing migration and learning about the cultural significance of the salmon.

The three-story, 70-room lodge, flanked by the 18-hole Talking Rock golf course, sits on Secwepemc First Nations territory on the north shore of Little Shuswap Lake, about two hours from Kelowna. Opened in 1992 and renovated in 2010, the property is owned by the Little Shuswap Lake Indian Band and proudly blends modern comforts with nods to Secwepemc culture.

Pictographs at the lodge’s front entrance welcome visitors into the lobby, designed to resemble a traditional kekuli (winter house). These were pits dug into the ground and covered with a wooden frame and earth; fire-heated rocks were carried into the center for warmth. Quaaout Lodge perches on the earth, but huge wooden poles frame the lobby, and animal pelts and chairs surround a central fire circle to foster a sense of community.

Photos of Secwepemc ancestors Jack Sam and his wife hang in the lodge restaurant that bears his name. Sam was a great hunter and it’s rumoured he haunts Jack Sam’s Restaurant & Lounge, where bannock and candied salmon are available to order daily. (Executive Chef Chris Whittaker estimates he will cook up 300 to 400 pieces of bannock each day in summer).

The chief and council are the lodge’s board of directors, and a third of Quaaout’s employees are Indigenous, many of them members of the Little Shuswap Lake Indian Band.

In addition to typical resort amenities including a pool, spa and 500 metres of sandy beach, a cultural program helps guests learn about Secwepemc culture, with daily activities including lessons in the traditional uses of plants, archery and canoeing (summer), snowshoeing (winter), and, by night, storytelling around a fire in the kekuli a few steps from the lodge, also led by Lewis.

Stories are important in First Nations culture not just as a form of entertainment, he explains, but as a way to impart morals and share traditional knowledge. “You never gave away the answers in the stories,” he says. “If the children don’t get it [the meaning] right, they would hear the stories again.”

Former cultural liaison and Talking Rock golf pro Frank Antoine and Dene Greg Hopf of the Athapaskan people wanted to offer even more cultural encounters and so established Moccasin Trails, a company that offers tours to Quaaout Lodge guests and the public. One experience on offer is a two-hour canoe trip in a 12-passenger heritage canoe that culminates in a feeding of the water ceremony, where tobacco and prayers are offered to the river.

Although salmon runs have only recently become popular fall tourism attractions, salmon have been vitally important to Secwepemc people for thousands of years. The fish are an important food source, and their return is a time to come together as a community and  celebrate. “Shamans and medicine men would come [to the Adams River] and sing to the salmon,” says Lewis.

Considering the odds are stacked against their survival, perhaps the salmon are indeed happy when they return to the river. Some 700,000 sockeye salmon returned to the Adams in 2014, and 535,000 came back in 2018 — a lower-than-expected turnout in a dominant year. That means that on average, of the 4,000 eggs laid by a spawning female four years earlier, only two offspring survived their trip through Shuswap Lake to the Pacific Ocean and back. Across the Fraser River watershed, a 2017 report by the Committee on the Status of Endangered Wildlife in Canada found that eight of 24 sockeye populations are in decline and should be legally protected. It’s a problem without an obvious solution, since a number of variables can contribute to fluctuations in annual returns, including predation, fishing, water temperature and pollution, but salmon advocates agree that careful management is needed to preserve this iconic species.

Back on the riverbank, a group of schoolchildren jumps and shouts excitedly as they spot a male salmon stranded in the shallows, his battered, humped back poking out of the water. With a twist of his tail he wiggles free, his hooked jaw pointed determinedly upstream as the children cheer. Perhaps the secret to healthy salmon runs lies in adopting the values of traditional knowledge keepers like Lewis, who smiles at the children’s enthusiasm.

“All perspectives (of what is happening during spawning) are valid,” he says. “We believe a salmon is tucking its eggs in for the winter, sort of like we tuck our babies in for the night.”

Salute to the Sockeye

People have long flocked to Tsútswecw Provincial Park (formerly Roderick Haig-Brown Provincial Park) to witness the annual salmon run, so in the interest of protecting both the fish and the park ecosystem, the Adams River Salmon Society was formed in 1958 to organize the Salute to the Sockeye Festival.

Every four years for 24 days, smiling volunteers wave salmon-shaped paddles to direct traffic, educate visitors on the life cycle of the salmon, and help almost a quarter-million visitors enjoy the fish party atmosphere.

Spectators are encouraged to watch salmon from river level on the Island Loop trail or to gaze across the red backs of dozens of sockeye from the lookout (a short, level walk for people with mobility challenges). There are traditional arts and crafts for sale, piping hot bannock sprinkled with cinnamon and sugar or lathered with jam to enjoy, and of course salmon, fresh as it comes.

The next festival takes place in September 2022.