Researchers are concerned that climate change could mean prolonged toxic algae blooms are 'the new normal.' 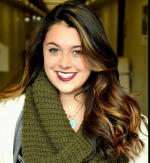 Blooms of toxic algae, a common occurrence along the warmer southern coast of the Pacific Ocean, are now affecting marine mammals as far north as Alaska, a study has found.

Kathi Lefebvre, the Unites States National Oceanic and Atmospheric Administration (NOAA) biologist who led the study, said that climate change could be to blame for the longer and more frequent blooms of toxic algae observed along Canada’s Pacific coast in 2015 and 2016. “We’re concerned,” said Lefebvre. “Last year we had a huge bloom. It was the longest and largest ever recorded.”

Blooms usually last a couple of weeks and stay in one region. That bloom lasted months and spread from California to Alaska.

Lefebvre and her team studied the carcasses of more than 900 Alaskan marine mammals over a period of nine years, looking for signs of two common algal toxins, domoic acid and saxitoxin. Low levels of domoic acid were found in all 13 species studied, while low levels of saxitoxin were found in 10 of the species.

Domoic acid had the greatest prevalence in bowhead whales (68 per cent) and harbor seals (67 per cent), while saxitoxin had the greatest prevalence in humpback whales (50 per cent) and bowhead whales (32 per cent). Pacific walruses were found to have the highest concentrations of both toxins, with domoic acid concentrations “similar to those detected in California sea lions exhibiting clinical signs of DA toxicosis (seizures) off the coast of Central California,” the study said.

Lefebvre is now trying to determine if the toxins found farther north are in concentrations high enough to cause the same seizures that affected the sea lions in California.

The same toxins were first observed in Canada on Prince Edward Island in 1987, when shellfish poisoning affected more than 100 people and resulted in three deaths. Today, the risk of people being poisoned by these toxins is minimal. “We’re protected better,” said Lefebvre. “Monitoring agencies inspect the levels in seafood to ensure they are safe for human consumption.”

NOAA said in a statement that the toxin levels from Lefebvre’s study were well below seafood safety regulatory limits. Blooms of toxic algae can, however, have major economic impacts. Last year’s record bloom off the Pacific coast closed fisheries for many profitable species, including razor clams and Dungeness crabs.

Lefebvre believes more research is needed to fully understand the toxins and whether warming ocean temperatures are causing the record-breaking blooms. “We need to know if this has become the new norm,” she said. 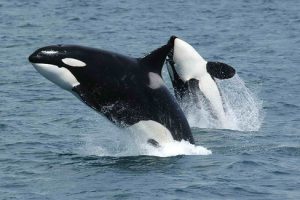