Mapping the future of sustainable agriculture 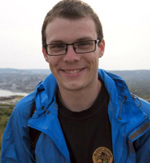 The face of farming is changing. Decades ago, industrial economies promised to feed the world with new mechanized and chemical farming methods. In the years since, however, many farmers have come to realize that increased yields come with hidden social, economic, and ecological price tags. In response, a counterculture of sustainable farming, focused on preserving biodiversity, has been growing. As “agroecology” gains popularity with both growers and consumers, the challenge has become the large-scale exchange of knowledge between grassroots-level groups, who often rely on local media and word-of-mouth.

Enter seedmap.org, an online map platform that displays hundreds of stories on ecological farming issues from around the world, making them accessible to anyone with an Internet connection. The platform is helpful for a diverse group, including farmers, communities, and unions.

“Evolving online technology offers so much more than printed material in terms of engagement, learning, and relationship building,” says project leader Cynthia Morinville, working for USC Canada. “There has been a great increase in people working on these issues who offer, and who need, timely and relevant information on these topics.”

Out of that need has come Seedmap’s newest feature, added this year: a contribute function that allows anyone with a story about agroecology, climate change adaptation, or seed conservation to share it with the world. An editorial and science advisory committee then vets these 200-word submissions before posting them. Once online, the case studies, which can include photographs and references to further reading, can be read and commented on by anyone in the public.

This open content-creation system has already garnered significant interest. “The platform looks amazing as a way to broaden the discussion,” says Dr. Michael Ekers, an assistant professor of geography at the University of Toronto. Dr. Ekers is currently developing a research project investigating the roles of unpaid farm interns in Ontario. “The last thing we want as researchers is for our work to end up in some journal in a library… this is a way for us to reach a much broader audience… translate our research findings into more tangible types of outputs.”

Many submissions have already come in from all over the world, including Canada. One of the newest case studies focuses on root cellars in Elliston, Newfoundland — the self-declared “root cellar capital of the world”. In 2013, the root cellar, a way of preserving vegetables throughout the year in the years before electricity, was recognized as a “distinct cultural practice” by the Newfoundland Provincial Commemorations Project. Recently, the building of a root cellar has become a popular project – not only for farmers, but also for homeowners seeking empowerment over their food systems.

This empowerment through education is at the heart of Seedmap’s design. First created by USC Canada in 1992 as a paper map for school children, Seedmap’s development is ongoing. “We now specialize in ecological agriculture, biodiversity, and seeds,” says Morinville, “so our educational work and our policy research reflects this shift.” She joined the USC shortly after Seedmap was upgraded to a web platform in 2013, as a joint project with the Erosion, Technology, and Concentration (ETC) Action Group.

“We hope that Seedmap will become one of the main tools for sharing information and knowledge for people working on these issues,” says Morinville. “Ultimately, the platform is one more way for everyone to be part of a conversation and movement to grow food in ways that are more just for people and more sustainable for the planet.” 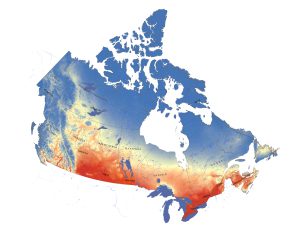