Mapping the future of Canada's capital

As Canada celebrates its 150th anniversary, the National Capital Commission is helping to plan how Ottawa will evolve over the next half-century
By Brian Banks
Advertisement

Planning in the National Capital Region — Ottawa, Gatineau and their surroundings — is a unique challenge. The area has a growing population (currently more than 1.3 million), diverse cultures and a dominant employer (the federal government); it straddles two provinces and the confluence of three rivers; finally and foremost, it has the functional and symbolic responsibilities of the national capital.

Against this backdrop, the National Capital Commission (the Crown corporation that oversees federal buildings and lands in the region) has crafted its latest official plan — a blueprint for the next 50 years, culminating with Canada’s bicentennial in 2067.

These maps present an overview of the plan’s major elements. Some are brand new, while others are enhancements to existing features — themselves byproducts of earlier plans by the NCC and its predecessors.

The plan groups its overall objectives and development proposals (17 milestone projects) under three themes. Specifically, it calls for a capital that is “inclusive and meaningful” (milestones one to six), “picturesque and natural” (milestones seven to 11), and “thriving and connected” (milestones 12 to 17).

The 17 milestone projects are the centrepiece. Some, such as the restoration of the east, west and centre blocks of Parliament (milestone one) or the creation of a place of special significance for Indigenous Peoples on Victoria Island (milestone five), are site-specific. Others, such as improving the urban integration of isolated federal employment areas (milestone 14) or completing the Greenbelt Pathway network (milestone 11), are dispersed. Beyond a few exceptions, they are focused in the area of Confederation Boulevard (inset), a ceremonial route created in 1992 that forms a loop running around Parliament Hill.

The plan also emphasizes improving links between developed areas and an ecologically restored riverfront. This reflects contemporary planning sensibilities while paying homage to the local geography that brought Indigenous Peoples, and later European settlers, to the region in the first place. It all sets the stage for an even more vibrant capital.

Roll your mouse over the points on the maps below to learn more about the NCC’s plans for Ottawa. 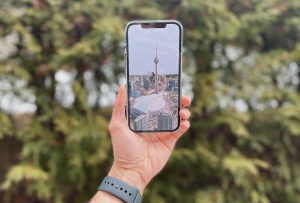 Our five favourite features in the new Apple Maps