Kinder Morgan has submitted its plan for the proposed expansion of its existing Trans Mountain pipeline, setting in motion the National Energy Board review process that is expected to take about two years once the final proposal is in later this year. The company plans to add a new line to triple the capacity of the existing pipeline, which carries light and heavy oil from Edmonton to the Pacific coast in Burnaby, B.C.

This initial proposal lacks detail on the exact route the pipeline would take. The plan is to add to an oil pipeline in operation since 1953; the document released Friday says only that “most of the new proposed pipeline will be adjacent to the existing pipeline or along existing corridors.” But conditions aboveground have changed in the last 60 years, and issues such as aboriginal rights and title, landowner complaints and zoning restrictions are likely to cause issues for the construction.

Some critics such as B.C. MLA Andrew Weaver say that the larger concern is the increased tanker traffic on the coast, rather than the pipeline itself. Environmental groups and First Nations in Vancouver have expressed strong opposition to the proposal since it was first announced over a year ago.

The criteria for environmental reviews of similar projects were reduced in 2012 following Bill C-38, but in an attempt to satisfy the project’s opponents, Kinder Morgan has actually requested that the project be given a review under the brand-new Canadian Environmental Assessment Act.

This pipeline proposal represents the third current major proposal in Canada, joining the highly controversial international Keystone XL pipeline and the domestic Northern Gateway pipeline. Confused about which pipe is which? Here’s what you need to know:

Keystone XL
Proponent: TransCanada
Proposed in: 2008
From: Cushing, Oklahoma (Phase 3) and Hardisty, Alberta (Phase 4)
To: Houston/Port Arthur, Texas (Phase 3) and Steele City, Nebraska (Phase 4)
Fine print: There are two existing operational segments of the pipeline, with two more proposed. US President Barack Obama has yet to decide on whether or not to approve Phase 4. Stephen Harper recently made a visit to New York to promote the pipeline, while environmentalists rallied outside.

Northern Gateway
Proponent: Enbridge
Proposed in: 2006
From: Edmonton, Alberta
To: Kitimat, B.C.
Fine print: The pipeline has raised controversy because of the route, which will cross mountains, rivers, and the Great Bear Rainforest. Opponents also argue that the seas beyond the planned terminal are too dangerous and could cause a spill. The company responded by announcing additional tugboat escorts and tightened operational guidelines.

Trans Mountain
Proponent: Kinder Morgan
Proposed in: 2013
From: Edmonton, Alberta
To: Burnaby, B.C.
Fine print: The company intends to add a line to an existing pipeline, adding 590,000 barrels per day of capacity to the existing 300,000. The pipeline has been in operation for 60 years, but the route of the new expansion has not yet been announced; in the intervening years, land use aboveground has changed, and First Nations have filed land claims as well. Opponents also take opposition to the increased tanker traffic in the Burrard Inlet, B.C. 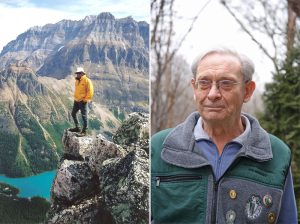