While its pyramid peak is almost instantly recognizable, Mount Assiniboine is also an excellent example of the general characteristics of all Canadian mountains

Mount Assiniboine is hard to miss. Known as “the Matterhorn of the Rockies” because of its resemblance to the pyramidal European peak in the Alps, Assiniboine is also the highest peak (3,618 metres) in the southern continental ranges of the Canadian Rockies. It’s on the border between British Columbia and Alberta, on the edge of both Banff National Park and Mount Assiniboine Provincial Park.

Thanks to the urging of the Alpine Club of Canada, B.C. set aside more than 5,000 hectares of land at the base of the mountain in 1922 to protect the area from development. In 1973, the footprint of protected land expanded to its present-day 38,600 hectares.

Home to at least 93 bird species and full of small mammals such as hoary marmots and pikas, the mountain straddles distinct bioregions — the rainy B.C. side versus the drier eastern face. With dozens of uninterrupted habitats, Mount Assiniboine is crucial to ecological development for many plant and animal species. Wolverines and coyotes thrive in this area, though are seldom seen by hikers. Elk, black and grizzly bears, moose, mountain goats and bighorn sheep are all common in the region.

Named by George Dawson of the Geological Survey of Canada in 1885 for the Indigenous Assiniboine Peoples (because when he first encountered the mountain with clouds trailing from its peak, it reminded him of smoke rising from their teepees), the mountain’s name means “stone boiler,” which is the practice of putting hot rocks into animal hides to cook food. Assiniboine lies, however, within the traditional territory of the Ktunaxa Nation.

Canadian Geographic charts Mount Assiniboine here, highlighting a range of attributes important to the mountain specifically, but also to all of this country’s mountains generally. So, while Assiniboine has an iconic look, it represents much more.

With support from Canadian Mountain Network. 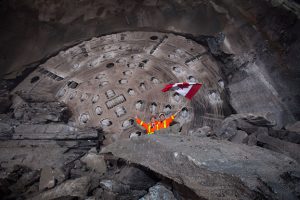 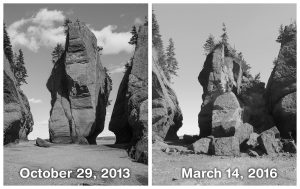 Before the Rockies formed, B.C. and Alberta may have been an ocean apart