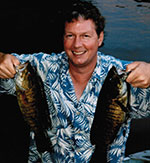 When it comes to interactions between Aboriginal Peoples and the federal government, the relationship often seems to be one of conflict. That isn’t always the case, however. For the last 30 years, University of Alberta professor Frank Tough has been studying an example of aboriginal-government co-operation: the Summerberry Muskrat Rehabilitation Project, which took place between 1935 and 1965, raising the standard of living of desperately poor Treaty Indians and Métis living in northern Manitoba’s The Pas region.

Muskrat trapping had long been a staple source of income for aboriginal people living in the Summerberry River area of the Saskatchewan River delta, but by the 1930s over-trapping by non-aboriginal people had decimated the muskrat population. The provincial and federal governments responded by setting aside about 55,000 hectares of muskrat habitat for exclusive use by aboriginal trappers. Federal funds were also used to build a series of dams, dykes and canals designed to stabilize water levels, to improve the area’s carrying capacity for muskrats. The intervention met with spectacular success: between 1937 and 1939 the number of muskrat lodges exploded from less than 4,000 to more than 32,000.

The Manitoba Game and Fisheries Branch then set quotas for individual trappers and employed natives as senior trappers and game guardians to supervise trapping activities, enforce regulations and discourage poaching.

The government also involved itself in the sale of the resource, bypassing local buyers such as the Hudson’s Bay Company and taking pelts directly to auctioneers in Winnipeg, ensuring that aboriginal trappers received the maximum benefit in terms of commercial value, employment and secure income.

“With Summerberry, governments realized that both Métis and natives had an interest in the resource, and they responded not just with a lot of hollow rhetoric, but with concrete action,” says Tough. “It shows that governments can act with good intentions and have good results, especially when they involve natives directly in the management of the resource.” It’s a lesson, he says, that’s perhaps more relevant today than ever.