Researchers from McGill University have figured out a way to put our endless Twitter scrolling to good use during extreme weather events.

The researchers reduced the social-media “noise” to filter valuable information from all those tweets, allowing them to better assess trouble spots and assess users’ reactions to extreme weather events.

“We reduced the noise by finding out who was being listened to, and which were authoritative sources,” explains Renee Sieber, Associate Professor in McGill’s Department of Geography and lead author of this study in a media release. “This ability is important because it is quite difficult to assess the validity of the information shared by Twitter users.”

The study, funded by Environment Canada, classified the content of over 1,200 tweets during, and related to, the March 2019 floods in Nebraska. The floods caused more than $1 billion in damages.

For Canadian Geographic Explorer-in-Resident and storm chaser George Kourounis, the deep learning system does something he’s been doing manually for years — analyzing  large chunks of data to analyze what’s going on during a natural disaster.

“Twitter is really useful as a tool for me to figure out in real-time what’s going on and respond quickly. It acts as an extra thousand sets of eyes, spread out around the affected area,” says Kourounis. “For example, during a potent winter storm on Lake Erie, I was able to follow Twitter to determine where thousands of kilograms of ice chunks were crashing ashore, blown by the extreme winds. I expected the phenomena to occur due to the weather and ice forecast, but it was Twitter that alerted me to the precise location where this gargantuan shove of ice was coming ashore.”

Kourounis says the tweets allowed him to relocate quickly to document the event.

“Being able to use the computational power of A.I. to look for patterns that might not be immediately obvious is a great way to answer such questions as ‘How widespread is this disaster?’,” says Kourounis. It can also help crisis managers learn how people are responding, if people are evacuating (and, if not, why not).

Beyond that, the patterns can help government officials determine the potential financial and infrastructure effects from a disaster.

“The vast amount of social media data the public contributes about weather suggests it can provide critical information in crises, such as snowstorms, floods and ice storms,” says Sieber. “We are currently exploring transferring this model to different types of weather crises and addressing the shortcomings of existing supervised approaches by combining these with other methods.”

Kourounis, former host of the Angry Planet series, says this kind of social media analysis could save lives.

“This technology of training artificial intelligence to analyze Twitter posts and hashtags could save lives and increase our preparedness when applied to extreme weather, which we expect to continue to increase in frequency and severity in the coming years.” 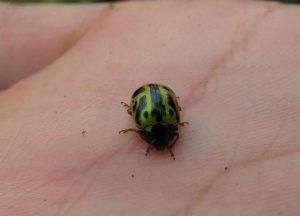 Can a computer learn to identify species? 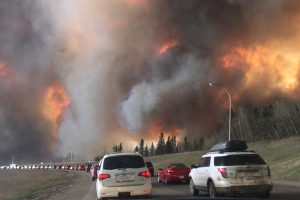