From the archives: Putting the Pacific NorthWest LNG project in context

How the recently approved terminal fits into Canada's energy story

Known as Pacific NorthWest LNG, part of a broader $36-billion investment by Malaysia’s state-owned energy giant Petronas to create an LNG extraction network in western Canada, the LNG processing plant aims to export 19 million tonnes a year of liquefied natural gas to Asia, thereby providing nations such as China and Japan with a cleaner alternative to coal. At the same time, the plant itself is expected to be Canada’s single largest greenhouse-gas emitting facility, creating more than five million tonnes of carbon dioxide annually.

Reaction to the announcement was decidedly mixed, with environmental groups saying it contradicts the strong stance Canada has tried to take on climate change since last year’s federal election, and proponents of the project taking pains to reassure the public that it will be managed responsibly.

The project’s approval is conditional upon fulfillment of 190 legally-binding requirements that address everything from wildlife habitat management to human health.

“I am confident … that we will address the most important environmental impacts to ensure this project proceeds in the most sustainable manner possible,” said federal Environment Minister Catherine McKenna at the announcement on Sept. 27.

Whether Pacific NorthWest LNG ever actually gets built remains to be seen; the 190 conditions plus external market factors mean Petronas may be hard-pressed to justify the investment. But the project is an interesting episode in a broader story about Canada’s role as a global energy producer.

Canadian Geographic has, particularly in recent years, covered the nation’s energy industry closely. After all, it’s a geographical, social and economic story with enormous implications for our standard of living and our natural world. In light of the Pacfiic NorthWest announcement, two past features and their accompanying maps make for interesting reading, as both provide background on liquefied natural gas production in Canada and help contextualize it in Canada’s complex energy landscape.

The cover story of the June 2013 issue of the magazine included an item on Canada’s only LNG terminal, Canaport in Saint John, New Brunswick, which has the capacity to ship out enough natural gas each day to heat nearly five million homes for a day. It also (somewhat prophetically) flagged British Columbia as one of the nation’s up-and-coming energy hot spots, specifically because of LNG projects.

In a similar vein, our June 2014 cover story featured four unique stories about energy resources in Canada. Each issue was accompanied by a poster map of energy in Canada — the first, production and transmission; the second, resources and reserves. Prince Rupert, notably, was already labelled on both maps. 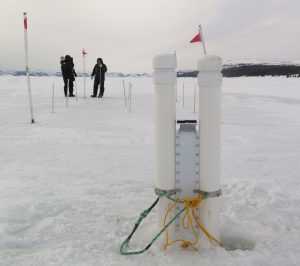