Bugaboo Spire in British Columbia is a challenge even for the most experienced climbers. A solid sheet of rock that sticks straight up out of the earth, getting to its summit requires climbing a steep channel of snow and shimmying around a boulder. Four climbers gave themselves an extra challenge last year for one of the Royal Canadian Geographical Society’s flag expeditions: they did it in 1916 gear.

The Bugaboo Spire Centennial Climb commemorated the first ascent of the mountain completed in 1916 by Austrian-Canadian mountaineer Conrad Kain and the Alpine Club of Canada. A documentary about the expedition, Hobnails and Hemp Rope, was screened on May 25 in Ottawa as part of a national tour by the climbers showcasing the trials and lessons from the journey.

The four climbers – Rob LeBlanc, Natalia Danalachi, Garry Reiss and Bryan Thompson – each took the role of one of the original climbers. They slept on spruce branches and wool blankets, tied hemp rope around their waists and hiked up the snow in hobnail boots that weigh seven pounds each.

“We learned just how tough those people were,” said Bryan Thompson, leader of the expedition. “Conrad Kain’s ascent was probably one of the most daring climbs ever done in Canadian history, and nobody really knows about it.” Through their expedition and film, the team is changing that.

A film crew also hiked Bugaboo Spire with the four climbers. While not adhering to the 1916-gear-only rule, they had their own challenges maneuvering a treacherous mountain while filming and taking photographs. This expedition full of risky multitasking actually marked the first mountain climb for the documentary’s director Greg Gransden.

“When you’re shooting, you’re really only thinking about one thing, which is getting the shot,” said Gransden in a talk after the Ottawa screening. “But when you’re climbing a mountain, you also have to think about your own safety. It’s a lot to juggle.”

Gransden and photographer Ivan Petrov’s daring paid off: the documentary received an award for Best Director at the Moscow International Festival of Adventure and Mountain Films, and the Ottawa screening drew more than 150 guests.

Thompson now plans to start an organization dedicated to re-enacting famous Canadian climbs. In 2018, the team will climb Mount Waddington in B.C., and they have already begun planning a centennial climb of Mount Logan in 2025.

For information on future screenings of Hobnails and Hemp Rope or to purchase a DVD copy of the film, contact Ivan Petrov. 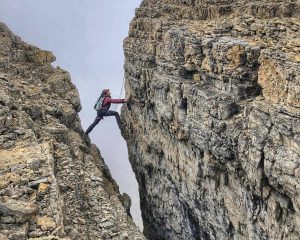 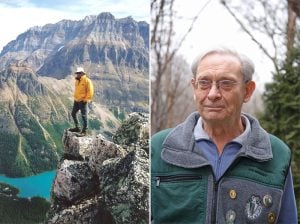