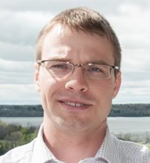 An accomplished geologist with 60 years of climbing under his belt, Roger Wallis is on friendly terms with some of the most remote mountains in Canada and the world. He’s done over 60 first ascents, has multiple climbing awards to his name, and is a former Chair of the Alpine Club of Canada (ACC) Toronto Section’s mountaineering committee.

On April 2, the Toronto Section of the Alpine Club of Canada is hosting a fundraising dinner in Wallis’ honour, with proceeds going towards the Bugaboo Spire Centennial Climb Project, one of the 2016 Royal Canadian Geographic Society expeditions. Tickets are available by emailing Bryan Thompson.

What made you fall in love with mountaineering?
Being out in the mountains by yourself is a very unique experience: you are fully aware of every sound, every change in the cloud, every brush of the wind on your cheek, everything that moves or that you hear—there is nothing but you and the feeling of being out there.

My love for the mountains was sparked by the great degree of freedom that we received while growing up in the post-war environment of Northern England. In 1951, over several weeks, I walked the 250-mile Pennine Way with just one other kid, as two 13-year-olds. Rock climbing was also a very common thing in Northern England, like playing cricket, or soccer, or rugby. Nobody would pay much attention to two young adults with a climbing rope around their shoulder at a bus stop or on their bicycles heading to the local cliffs. Finally, all of Europe was desperately looking for opportunities to raise people’s spirits after the war. As a result, major mountaineering expeditions of that time received a lot of publicity.

You say first ascents are your preferred niche in ever expanding range of mountain activities. Can you tell us a bit about the joy of adventure that drives you?
For me climbing is interwoven with exploration. I have spent a lot of time studying maps in search of interesting mountains, reading up old alpine journals to find out who had been where. To find an unclimbed mountain requires a considerable amount of research.

I find the joy of adventure in continuously moving on to something different in my mountain explorations. For example, it is always a thrill to arrive to Canmore and to see the iconic Three Sisters and to do a few familiar trails. However, to keep going back to the same spot, the same mountain or the same ski hill year after year would be of no great thrill to me. My heart really lies off the map.

What was your most exciting project you were involved in as the Chair of ACC Toronto Section’s mountaineering committee?
I found deep personal satisfaction in getting people out of the concrete jungle of a city like Toronto and away from local rock and ice climbing areas, and climbing gyms, and into the real mountains. After seeing that the Toronto Section ran only a handful of mountaineering camps in Western Canada in 1960s and 1970s, I decided that I would organize one every year thereafter. It was a lot of work, but I enjoyed it.

One incredibly satisfying experience was to expose Torontonians to the Saint Elias Mountains. It takes effort to get people out to Yukon, but they are Canada’s biggest mountains. To be Canadian and not to get to see Canada’s greatest mountain range it would almost seem a shame! We would go to climb there for a few weeks with as many as 16 people, make it all work and everybody would enjoy themselves. We didn’t climb big mountains or the hardest mountains, and yet we made first ascents of thee mountains over 4,000 meters and lots of hills. In fact, the Toronto Section of the Alpine Club of Canada has run more section mountaineering camps in the St. Elias than any other section in the country!

Were there any particular mountain explorers that have inspired you over the years, whether they are historical figures or just your Alpine Club of Canada friends and colleagues?
Yes and no. I tried to cut my own path in terms of what I wanted to do. However, I am enormously impressed with what the early mountain explorers achieved with the little equipment they had.

Last couple of years have seen numerous 150-year anniversaries of the first ascents of the major mountains in the Alps. To pay honour to this mountain history, people dressed up into vintage clothing, put on boots with no crampons, picked up old mountaineering axes and set out to climb some of the really hard 4,000 meter peaks in the Alps. All these people came back saying: “Hey, this wasn’t very easy!” There were also documentaries on British television where people attempted re-enact some of the really big rock climbs of the turn of the 20th century. These old mountaineers were really good: they climbed these routes with a hemp rope, no carabiners, no slings, long runouts with nothing in between, and really old boots! It is simply incredible what people before us could do. It goes to show, that if you have a dream and you think you can do it, it is amazing what you can achieve with minimal climbing gear.

What do you think about the upcoming Bugaboo Spire Centennial Climb Project that will attempt to re-enact and visually document Conrad Kain’s 1916 ascent?
I think Kain’s Route on Bugaboo Spire is a good one to choose for such a project: it is very accessible, many Canadians have heard of the Bugaboos. The area’s wonderful scenery and such peaks like the Snowpatch Spire, the Pigeon Spire and the Howser Towers make this ridge a very beautiful and an esthetically pleasing mountain climb. And despite having to navigate around the famous gendarme rock formation, the route is not too difficult overall. I think with some luck the documentary film that will come out of this project will get a lot of footage and mileage at the film festivals. 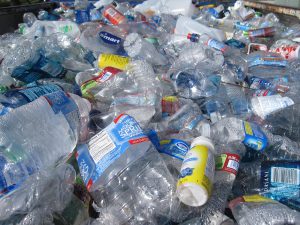 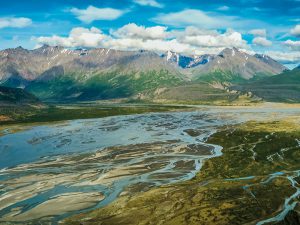