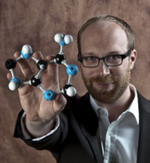 Edmonton has a secret. It’s one of the few places in the world where it is possible for anyone to go on a fossil dig without leaving the city limits. Every spring since 2006, a small army of university students and willing volunteers gathers at a little-known location along the Blackmud Creek that is jammed with dinosaur bones. So far the site, called the Danek bone bed, has yielded almost 800 catalogued specimens and is celebrated in a new issue of the Canadian Journal of Earth Sciences. But the bone bed hasn’t always been so popular.

In March 1989, local fossil enthusiast Danek Mozdzenski was taking his dog for a walk in the Blackmud Creek ravine when he saw what looked like dinosaur bones peeking out of the soft shale. He got in touch with the Royal Tyrrell Museum and a team was dispatched. Unfortunately the bones weren’t ideal for museum display and the site went dormant after two years.

Michael Burns is the de facto manager of the Danek bone bed. As a PhD candidate in the palaeontology lab of University of Alberta professor and Fellow of The Royal Canadian Geographical Society Phil Currie, he says museums mostly want fossils that are preserved in a way that shows how they would have fit together in a living animal. The Danek ones aren’t like that; they’re mostly jumbled, and many bear scars from scavenging predators.

“They have been trampled, crushed, broken and washed downstream one or more times before they were finally buried,” says Burns. Add to that the fact that most of the species present are already well known — such as the ubiquitous and aptly named duck-billed dinosaur Edmontosaurus regalis — and you can see why the initial interest in the site waned. But as Burns points out, a big collection of bones can offer insight that a single skeleton can’t, no matter how neatly preserved it is.

“If you only find a small dinosaur in one place, and a large dinosaur in another place, you can’t easily tell if they’re different species,” he says. A good example is the ongoing debate over whether Torosaurus is really its own species, or whether those specimens are instead merely more mature individuals of the species Triceratops. With its abundance of bones, Danek can help settle these types of questions. By slicing a bone so thin that light passes through it, and holding it under a microscope, scientists can count the growth rings that many dinosaurs have and see how old the animal was when it died.

University of Alberta undergraduate student Katherine Bramble published her research on the Danek bonebed in the latest issue of the Canadian Journal of Earch Scientists. She used Geographic Information Systems (GIS) to create a digital map of the site. (Photo: Victoria Arbour)

It was the possibility of conducting this kind of work that convinced Currie and his team to re-open the site in 2006. Their work in the years since has lead to dozens of published papers.

Among other things, Burns and his co-authors showed that Edmontosaurus took as little as 10 years to grow from a puppy-sized hatchling to a 35-foot long behemoth, a truly impressive growth rate. Other studies look at those scratch and bite marks and try to figure out which predators or scavengers might have made them to get a sense of how different species interacted with each other.

Still, many mysteries remain to be solved. Chief among them is why the bone bed is there in the first place. “We have huge bones preserved here, but the mud is very fine,” says Burns. Bones don’t float very well, so if the river flow was strong enough to wash them downstream, you’d also expect it to wash down pebbles, rocks and all manner of detritus. The fine mud indicates a slow-moving water body, perhaps a swamp or wetland, not an environment that could sweep along bones that are a metre and a half long. It’s a paradox, but like any paleontologist worth his salt, Burns knows that a little mystery is a good thing. “That means there are still questions to answer, and a reason to keep up our work at the site,” he says. 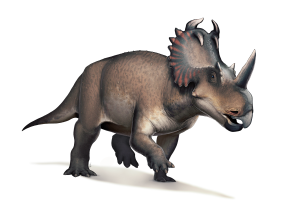 Could cancer have killed the dinosaurs? 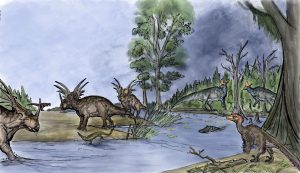