Confessions of a Naturalistus ignoramus

I am standing on board the 28-metre schooner Maple Leaf, chatting with Canada’s best-known wildlife artist, Robert Bateman. We have just set out from the First Nation village of Bella Bella for an excursion through British Columbia’s legendary Great Bear Rainforest and are now cruising through a fairly narrow channel. The large islands on either side have a thick evergreen forest growing right down to the water’s edge, and it occurs to me that spotting wildlife in this kind of environment will be like finding the proverbial needle in a gigantic coniferous haystack.

I mention to Bateman that I have an abysmal track record of spotting wildlife, having been blanked on several whale-watching outings in British Columbia and having also gone animal-less in some of Newfoundland’s and Ontario’s moosiest terrain. While he listens, Bateman keeps his eyes focused on the shore. Suddenly he points and says quietly, “Bald eagle.”

It takes me a while, but eventually I see it too. My binoculars reveal a classic specimen perched on top of one of the millions of trees. Shortly afterward, Bateman and the rest of the passengers begin seeing more and more of the birds. And then someone notices movement down below — two Dall’s porpoises, slicing through the water alongside the boat.

We’ve only been scanning for a few minutes, and already it seems that wildlife is everywhere around us. The trip is definitely off to a good start.

As you’d expect, most of the crew and passengers on our nine-day exploration through the Great Bear — the huge coastal rainforest between Vancouver Island and  Alaska — fall into the first two categories. The Naturalistus extremus cohort includes (among others): Robert Bateman, who has been painting nature since he was a boy exploring Toronto’s wild corners; Bateman’s wife, Birgit, who is an accomplished wildlife photographer and seems to be able to recognize the call of a Swainson’s thrush from a kilometre away; and captain Kevin Smith, who bought the 111-year-old Maple Leaf in 2001 and has since logged thousands of hours sailing along British Columbia’s most remote coastlines.

The sad truth is that I’d have a hard time identifying the handful of trees in my own backyard. And yet I do love seeing wildlife, especially the big stuff — what might properly be called “megafauna.” So I suppose I could be further classified as Naturalistus ignoramus, megafaunatic.

The majority of the eight passengers, who hail from all across Canada, belong to the Naturalistus normalus class. They have come on the late-June trip to see one of the world’s iconic wilderness area sand the wildlife that lives within it. They are also huge Bateman fans, obviously thrilled to get the chance to spend time with their 85-year-old hero. Several are surprised to discover that they will be sharing the same sleeping quarters.

And then there is the lone representative of the Naturalistus ignoramus class: me. The sad truth is that I’d have a hard time identifying the handful of trees in my own backyard. And yet I do love seeing wildlife, especially the big stuff — what might properly be called “megafauna.” So I suppose I could be further classified as Naturalistus ignoramus, megafaunatic.

When it comes to fauna, it doesn’t get much more mega than a humpback whale, and that’s what we encounter mid-morning on our second day as we cruise north on the wide Mathieson Channel.

Humpback sightings have become increasingly common in the Great Bear Rainforest over the last 20 years, but this one is doing something that apparently still isn’t seen all that often in these waters — it’s feeding using a method called “bubble netting.” The whale is diving deep and then releasing bubbles in a circular pattern as it swims back to the surface. Small fish are effectively trapped within the bubbles and, as they rise, are concentrated in a nice bite-sized area on the surface, where the whale opens its mouth.

Of course, the more knowledgeable naturalists on board are delighted to witness this activity. (Bateman has never seen it before, and later reproduces it in one of the many sketches he makes during the trip.) But I am even more delighted as we then follow the whale at a respectful distance for almost an hour, watching its blowhole spouting and its flukes undulating in and out of the water.

Later in the day, we head deep into the heart of the Great Bear, to the end of a mist-enshrouded fiord called Mussel Inlet (so named by Captain George Vancouver’s men back in 1793). A river flows into the steep-sided bay here, delivering not only rainwater, but also meltwater from the snowy Coast Range peaks, which we can see to the east.

Captain Smith has told us that, though we probably won’t be seeing the famous white spirit bear at this time of year, we have a good chance of spotting a grizzly feeding on the grass-like sedges at an estuary like this. So we load into the Maple Leaf’s two inflatable dinghies and head in for a look. We are greeted by harbour seals (adorable), Bonaparte’s gulls and a flotilla of marbled murrelets, small seabirds that I’m informed nest only in old-growth forest. And then someone spots the bear — a lone, light-brown grizzly on a stretch of rocky shoreline. It wanders into the woods, but when we return a short while later, it’s back, lying on a rock. As we watch, with cameras firing, the bear stands up and then saunters along the shoreline, eating sedges as it goes. Our boats drift quite close, but the bear pays no attention. It’s an unforgettable half hour.

I think I missed them.

So how do you top a day like that? In the Great Bear, it’s easy. You just weigh anchor and head somewhere else. In our case, we move on to the end of another remote inlet, called Khutze. Along the way, we see our second humpback, some Steller’s sea lions and more Dall’s porpoises. But it’s at Khutze, where another river flows down from the mountains, that things get really interesting.

Once again, we pile into the dinghies to explore the estuary. Captain Smith scans the area for bears, and then decides we should proceed as far as we can upriver. We are fighting against a strong current when we come upon a scene straight out of a Dramatic Wildlife Moments! video. Up ahead, three common mergansers — one adult and two young — are treading water at the side of the river, while above them, a bald eagle sits on a tree branch. As we approach, the eagle swoops down repeatedly from its perch, attempting to grab one of the ducklings, but to our amazement, the mergansers somehow manage to avoid its attacks. Finally, the adult merganser leads the two young ducks on a bold bid across the river to reach cover on the far bank. Though I suppose we shouldn’t be taking sides — after all, the eagle is probably hungry — we nonetheless cheer when the three ducks make it to safety.

A couple of hours later, we head back up the river looking for bears, after someone on the ship sees activity along the riverbank. As we draw near the spot, a female grizzly suddenly stands up, with green sedge in her mouth, and then turns and moves uphill. After a few moments, we see her climbing a cliff above with three small cubs. Back on the ship, we celebrate the sighting with a whisky toast.

The next morning, some bear researchers from the local Kitasoo First Nation visit the inlet and find the sow bear with her three cubs exactly where we had seen them. They invite us to come for another look. We arrive to find the mother bear and her three young-of-the-year right on the shoreline, and this time, the mother is in no hurry to leave. While she is feeding nonstop on the sedges, her triplets put on quite a show, play fighting and just generally having fun. At times, we float within eight metres of the bears, but they never appear to be threatened, though the young ones occasionally stand up and give us curious stares. We sit entranced for almost two hours. Afterward, I ask Bateman how he’d rate the experience. “That was right up there near the top,” he says. “There will never be anything quite like that again.”

As the trip goes on, the wildlife list continues to grow. In addition to more eagles, whales, porpoises and a colony of smelly sea lions, we see harlequin ducks, a black bear, rhinoceros auklets, a mink, sandhill cranes, a greater yellowlegs, black-tailed deer, a northern fur seal, a sea otter and something called a hooded nudibranch. At one anchorage, everyone else even hears a wolf pack howling. Unfortunately, while they are listening to the call of the wild, I am down below, answering the call of nature.

The only thing missing from our list? Orcas. But on our very last day, when we have almost arrived back at Bella Bella, a pod appears as if on cue. There are eight of them including one small calf — and they swim past us like the world’s most graceful synchronized swimmers, their giant fins riding high above the water.

It seems that will be our final wildlife sighting of the trip. But then, at Bella Bella’s small airport, while we are waiting for our flight back to Vancouver, Bateman points to a distant tree. “Bald eagle,” he says. And this time I see it instantly. Haliaeetus leucocephalus.

This story originally appeared in the Fall 2015 issue of Canadian Geographic Travel. 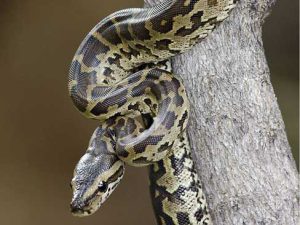 Snake expert weighs in on dangers of keeping pythons 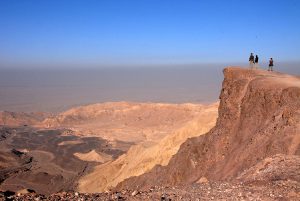 While Jordan is steeped in history and culture, its stark beauty — and the customs that help protect it — should not be missed 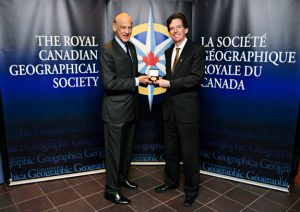 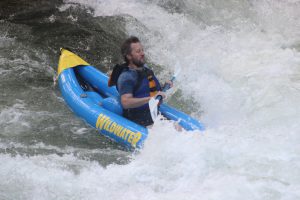 Whitewater adventure on the Nantahala River

A North Carolina paddling trips that thrills, rejuvenates and educates