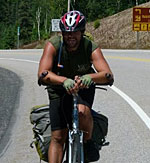 In winter, Manitoba’s Little Limestone Lake looks like most lakes in the province’s boreal lowlands: it’s covered by a thick layer of ice and windswept snow, with Jack pine, tamarack and black spruce lining its shores. Not until the summer, when the snow melts and the ice gradually recedes, does this seemingly ordinary lake reveal its extraordinary secret.

Little Limestone Lake Provincial Park, which was officially established last June, will ensure both protection and attention for the unique body of water at the heart of the 4,810-hectare park. The 15-kilometre- long lake, about 450 kilometres north of Winnipeg, is the world’s largest and marl lake.

Marl lakes change colour with changes in temperature. As the limestone bedrock beneath Little Limestone Lake erodes, calcium carbonate is released into the water and tiny white-coloured crystals known as marl form. The marl remains suspended in the water, sinking very slowly. As the water temperature increases during the day, so does the volume of crystals in the water, and the remarkable colour transformation occurs.

“The lake water turns from clear to opaque turquoise or even a milky bluewhite in warm summer weather,” says Rod MacCharles, regional parks superintendent for Manitoba Conservation. “This change is easily observed from the lakeshore.”

Mosakahiken Cree Nation territory borders the eastern shore of Little Limestone Lake. A memorandum of understanding signed between the Manitoba government and the Mosakahiken Cree will ensure the co-operative management of the park’s resources, with a focus on balancing ecotourism and preservation. Recognizing the fragility of the lake’s ecosystem, the province has designated the park as “nonoperational,” which prohibits development of any infrastructure (roads, trails, support buildings, etc.) that could pose a threat to the well-being of the park.

Visitors are welcome, however. Most are daytrippers from nearby Grand Rapids who come to canoe. Camping is allowed, but no developed sites are maintained. 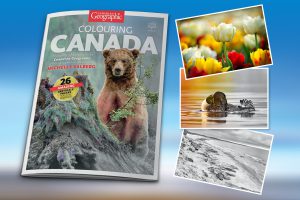