Charlotte Gray on rafting the wild Tatshenshini and Alsek rivers 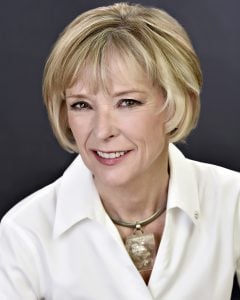 Eleven days without internet or hot showers. Ten nights sleeping on the ground. The risk of endless cold rain and constant damp clothes. That itchy feeling under your tuque when your hair is limp and dirty. Hardship shared with total strangers, who were likely intolerant of city wusses like me.

“It’s glamping,” my husband insisted. He had bid in the silent auction at The Royal Canadian Geographical Society’s annual dinner, and was thrilled when he won a Canadian River Expeditions rafting trip on the Tatshenshini and Alsek Rivers, which run through the Yukon, British Columbia and Alaska, emptying into the Gulf of Alaska. “Glamping — glamour camping. You’ll love it.”

I wasn’t sure. My favourite leisure activity is reading, especially in the warm sun, not camping or paddling in the cold North. I was even less certain during our first day when the four yellow rafts were hurtling through a series of Class III/IV whitewater rapids with names that I would have preferred to see as book titles rather than physical descriptions: “The Walls,” “Black Bear Rapids,” and “Thread the Needle.” The guidebook advised “Keep your throw bags, and rescue, repair and first aid kits handy.” Churning rapids were chucking barrels of water into my face, and despite the thick rubberized rain suit supplied by the guides, I could feel an icy trickle down the small of my back and thought, Ten more days of this?

By the last full day on the water, I was completely absorbed in the adventure. We’d seen grizzlies, moose and dozens of bald eagles. We’d felt ourselves gripped by a blisteringly powerful flow as the Tatshenshini joined the Alsek River, and the waterway became a giant, sinuous, fast-moving snake of muscular current (more than 2,500 cubic metres per second — but who’s counting?) The scale of the snow-capped mountains and glacial valleys was overwhelming; at one point I counted eight hanging glaciers clinging to lofty slopes. At camp sites and on hikes we’d seen carpets of wildflowers — purple bear root and river beauty, blue harebells, pink and yellow paintbrushes, delicate little white sandwort.

The landscape through which we sped appeared timeless and monumental, yet it is constantly changing — rivers alter course, glacial lakes appear, areas become colonized by pioneer plants. It is what we would have seen further south thousands of years ago, as the Ice Age retreated.

The 11 glampers, with an age span of 67 years between oldest (a redoubtable American of 83) and youngest, had all bonded and become happily dependent on our cheerful, resourceful guides — Mike, Roger, Brad and Jake — and their culinary magic. (Who would have expected Arctic char with risotto for dinner on day six, or eggs benedict for breakfast on day nine? Especially after daily workouts manoeuvring heavy rafts through rapids and gravel bars.)

It helped that we had barely any rain, and only a few days during which the clouds hung so low over the river we felt as though we were paddling through the world’s flooded basement.

Now, on day 10, the sky was a brilliant clear blue and, of all the awesome scenery through which we had travelled, today’s was the most inspiring.

We were camped on Gateway Knob, on the shore of Alsek Lake, formed by the retreating glacier. Far away, we could glimpse Mount Fairweather, one of the world’s highest coastal mountains, whose 4,671 metres present a vertical rise greater than that of Mount Everest. Across the lake were the Alsek and Grand Plateau glaciers, while icebergs — some as big as cathedrals, some looking like chocolate ripple sponge cake, others gleaming jellybean blue — dominated the foreground. A relentless thunder of cracking was a reminder that both glaciers and icebergs calve regularly, and can cause two-metre-high waves that inundate camp sites.

But the bergs were also mesmerizing. Older than Confederation, they carried within their frozen bulk remnants of the journey from peak to lake. We paddled cautiously around them (keeping our distance), studying their sculpted forms, rocks locked into their translucent interiors, caves at water level. And then we returned to the campsite for gin and tonics, with lumps of glacial ice to make our lips tingle.

We hadn’t seen any other people since we left the Dalton Post Put-in: only 500 people a year travel the Tat and Alsek. My fingers had stopped itching for my iPhone, and my hair … well, who cares? There is nothing like the breathtaking grandeur of Canada’s North for putting such concerns into perspective.

And there is also nothing like the first night spent on a comfortable bed after such an experience.

Charlotte Gray is the author, most recently, of the award-winning bestseller, The Promise of Canada: 150 Years — People and Ideas That Have Shaped Our Country.
Advertisement
tatshenshini-alsek British Columbia Yukon the north expedition adventure travel canada