Charles Krebs on the ecology of the Arctic hare

Snowshoe hare researcher talks about his studies of the arctic mammal

Charles Krebs, a professor emeritus in the department of zoology at the University of British Columbia, has been performing studies at the Kluane Lake Research Station in the Yukon since 1973, looking at the population dynamics of mice, voles and snowshoe hares. Here, he explains his work on the 10-year population cycle of the latter and reflects on his career.

On an early theory of why the snowshoe hare population fluctuates
The argument was that is was food-driven, and that the hares increased until they overran their winter food supply — winter is a crucial time — and starved. In the winter, they largely eat the terminal twigs of willow and birch trees. So we spent 10 years artificially feeding them and nothing happened; the cycle went on and the population decreased, even though there was lots of food around.

On the role of predators vis-a-vis the snowshoe hare population
After the feeding experiment, we decided it had to be something else, so we started a 10-year project on predators, and to make a long story short, it’s clearly a predator-prey cycle. The hare has a whole suite of predators, including coyotes, great horned owls, wolves and wolverines. As the predators increase in abundance, they basically overshoot their prey and drive them down to nothing. It’s a case of overharvesting. Then the predators starve; not all of them, of course, but enough of them for the hares to start up again.

On the role of stress
In the last 20 years or so, we’ve found that hares reduce their reproductive rate when their population gets to higher densities. We began a series of studies that suggested it had something to do with stress. Hares are getting chased all the time, everything is trying to eat them, and this changes their whole adrenal chemistry. When hares are stressed, they produce smaller litters. Moreover, their babies are also stressed. The maternal effects aren’t genetic, but they do carry on for a few generations before they disappear.

On whether the snowshoe hare faces other immediate threats
The real worry for this system, like many, is the human influence. The southern edge of the snowshoe hare range has had some problems because of agriculture and forestry.
If you lose the habitat, you lose everything.

On how the snowshoe hare affects the rest of the ecosystem
If something happened to snowshoe hares, if there was an epidemic disease or something, the whole system up here would really take a big hit because a lot of the animals are really dependent on eating hares to survive. They wouldn’t necessarily all die out, but they’d get to very low abundance and you’d have a very different ecosystem.

On using Hudson’s Bay Company records for research
The company was established in the mid-1600s, and fortunately for us, it kept meticulous records of the number of furs traded each year at every post across Canada. People began to look at these records more than 100 years ago, and they noticed that there were these enormous cycles in lynx pelts coming in, in nine or 10-year cycles. They put two and two together and asked themselves ‘What do lynx feed on?’ That’s how we ended up with the hare-lynx cycle idea. So we have hundreds of years of data showing that the fluctuation is not something new.

On a career spent in the North
I’m 78 now, but I’m not tired of it — it’s fascinating. The real contrast here with work in laboratory systems, where they can do an experiment in a month or even a few weeks, is that it takes us 10 years to ask one question and then find out what the answer is. We’re privileged to be able to devote a lot of time to what we’re studying. 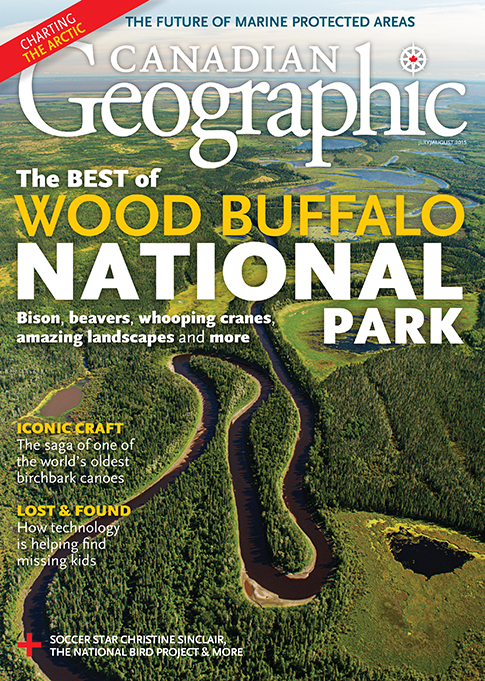