Exhibit tells the tale of a rare blue whale that washed up dead in Newfoundland in 2014, offering new insights on Earth's largest animal

Mark Engstrom has long dreamed of hosting an exhibition of Canada’s large whale species at the Royal Ontario Museum, but for years, the biggest whale of all, the blue whale, eluded him.

That changed in May 2014 when Engstrom, deputy director of collections and research and senior curator of mammals at the ROM, got a phone call from a contact at Fisheries and Oceans Canada: two blue whales had washed up dead in northern Newfoundland, striking a blow to the endangered northwest Atlantic population but also presenting an unprecedented opportunity for hands-on research into this rare deep-water species.

Engstrom quickly mobilized a team of researchers and heavy equipment operators to salvage, study and preserve the carcasses. Now, nearly three years later, he is ready to share the results with the world. Out of the Depths: The Blue Whale Story tells the tale of the whale that beached at Trout River, Nfld. — and features as its centrepiece the whale’s fully articulated skeleton, one the largest and most complete specimens on display in the world.

“The tragedy of all this was that the whales died, but I wanted something good to come of that,” says Engstrom. “I didn’t want this animal to be unceremoniously dumped in the landfill.”

The whales had been among a group of nine that died after becoming trapped in thick sea ice and were long dead by the time they washed up. While Engstrom scrambled to get permission from the local, provincial and federal governments to salvage the Trout River whale, the public and the media speculated about whether or not the bloated and increasingly malodorous carcass would explode.

“Every evening, I would take a shower, change and go to council meetings … They’d put me first on the agenda because I smelled so bad,” Engstrom laughs. (The watch that Engstrom wore during the recovery operation is on display in the exhibition for those curious about the scent of a decaying whale.)

The ROM team eventually got the green light to tow the Trout River whale to nearby Woody Point, but once there, Engstrom had just one week to finish the job. Working from tail to top, the crew removed the skin, blubber, internal organs and muscle and took apart the skeleton bone by bone, loading the pieces into shipping containers. A special container had to be flown in from Corner Brook to accommodate the whale’s nine-metre cranium.

Asked how he feels seeing the skeleton rebuilt in the museum and ready for public display, Engstrom expresses relief — and pride. The tissue samples taken from the whale are now helping ROM researchers to map the genome of the blue whale and fill in blanks in the evolutionary record.

“There’s so much that we don’t know. There’s lots of room to become a scientist and work on whales,” he says, adding the exhibition also includes information on whale conservation.

“In the end, I want people to feel empathy for the whales, to feel an attachment to whales, to know that the situation for whales is not hopeless, and that there’s lots they can do to contribute to their conservation.”

Out of the Depths runs until September 2017. 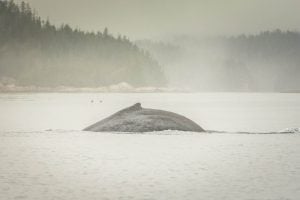 Giants of the Broughtons

Whales are beginning to return to B.C. waters — but will they find a safe haven? 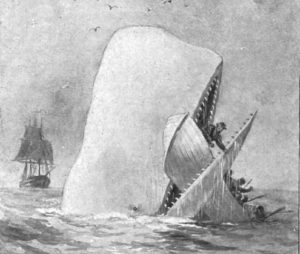 How often do whales attack ships?

Whales attacking ships are rare (Moby Dick notwithstanding), but a few incidents have been documented through history. Here's why.