A tribute to Chester, Nova Scotia

Explorer and author Sir Christopher Ondaatje escapes each summer to the shores of Nova Scotia. This is his tribute to Chester.
By Sir Ondaatje
Advertisement

My heart is not on Highland
Nor that tanned Bermuda island
And remembering Ceylon is hard for me.
And my heart is not on Bay Street
Where the moguls run ’round bare feet
When you’ve been there once that’s all there is to see.

And my love is not in England
I don’t like a Queen and King land
Pomp and circumstance are far too much for me.
And Europe’s just too distant
One can’t get there in an instant
The price for freedom’s much too high a fee.

Give me taste of salt and windswept
Lifting fog and lilting sunset
Sailing down Back Harbour, out but back for tea.
Berry picking on the hillside
Boats moored carefree, low and high tide
And the sound of gulls, that’s where I want to be.

I can feel the mist rise slowly
And the plaintive loon call lowly
Oh! I pray one day I can afford the fee.
Just to buy a one-way ticket
Far from crowded city thicket
Down to Chester, Nova Scotia, by the sea.

A lot of people know about Chester, N.S., but nobody talks about it. They simply don’t want anyone else to go there. Chester is a tiny village, with a population of 1,200 people, 68 kilometres west of Halifax. The winters are terrible, damp and cold, and the springs very wet, but the summers are glorious, causing the population to grow to something more than 2,400. The town overlooks islanddotted Mahone Bay, and is a sailor’s paradise. Inscrutable weather patterns, with fog and high winds, and seasonal tides make the yacht racing interesting and competitive, bringing boats in from around North America to compete in the mid-August Race Week. When the summer weather is over — usually around Labour Day in September — there follows a glorious cool month with plenty of sunshine and steady winds. Then there is time to recover and think of the eventful days behind you.

The village of Chester, situated on a peninsula halfway along the coast of Mahone Bay, is one of the most picturesque communities anywhere. A summer haven for generations of Americans and Canadians, and only recently discovered by the British, it dates back 224 years, when it was settled by New England planters and fishermen. For years the New Englanders had sailed from the harbour of Massachusetts on their annual spring voyage to the local fishing banks. In 1761, a vessel carrying 18 adults and 10 children first dropped anchor in what is now Chester Harbour. The early settlers were the first to receive grants of land in the newly formed township, to which they gave the name of Shoreham. A blockhouse was built to protect the village and its settlers from attack. It still stands today as a summer residence.

The original settlers were chiefly farmers, but fishing became a dominant industry as the years passed. Shipbuilding became rather important as well, and the community continued to prosper. It was renamed Chester in 1760. Household effects and wooden frames for the houses were brought over in holds of sailing vessels, and to this day Chester maintains the quiet air of a New England town.

Thirty-six years ago my wife rented an old 19th-century frame house at the edge of the Back Harbour in Chester. She picked me up at the Halifax airport where my plane from England had arrived on a late July afternoon. A heat wave was in progress, but as we approached the village an hour later in the early evening, the temperature dropped considerably. Exhausted from my travels, I sat on the deck of the house looking westward across the moored boats at the setting sun. It was spectacularly beautiful, with the unique tangerine colour so identifiable with the coastal regions of eastern North America. I sipped a Schooner beer and, because of the fast-falling temperature, I watched the fog roll in, obliterating the sun and very nearly everything else. I could only see a few feet in front of me. My disappointed wife said, “Don’t worry, it’s not always like this,” and urged me to get indoors before I caught my death of cold. But I didn’t move. I was mesmerized. It was spellbinding. I felt as though I had died and gone to heaven.

VENTURE TO THE VILLAGE

Getting there Chester is accessible by air through Halifax’s Stanfield International Airport (YHZ) or by train from Montreal. From Halifax, Chester is a 50-minute drive south, taking highway NS-103 W. Expedia is an easy way to search for car rentals from the Halifax airport. There are also shuttle services that go directly from the airport to the South Shore; from there, you can drive twenty minutes along winding country roads to Chester.

Staying there Chester is home to an array of inns and B&B’s. Gray Gables Bed and Breakfast comes highly recommended for its seaside view and gracious hosts. Nicki’s Inn, nestled in the heart of Chester, is known for great food.

Playing there Playing in Chester would not be complete without a visit to the Chester Playhouse, an intimate, old-timey theatre showcasing local talent. Julien’s Café and French Bakery gets rave reviews from locals and tourists alike, and the Village Emporium allows you to explore dozens of local crafts vendors. At night, head down to the Fo’c’sle, Nova Scotia’s oldest rural tavern, to hear live music, play trivia and meet the rest of Chester.

We have been back to Chester every summer since then. We now live on Meisners Island — a remarkable place that covers 40 hectares and looks out onto Chester’s Front Harbour. The island has a unique place in history, as it was caught up in the war between the young United States and Great Britain two centuries ago. On June 27, 1813, the schooner-rigged American privateer Young Teazer was chased into Mahone Bay by several British ships. The Young Teazer was about to be captured when one of her crew members apparently threw a burning coal into the powder magazine. It’s thought that seven of the approximately three-dozen American crew survived. The remains of the ship were towed into Chester and eventually beached on the island. The hull was sold and used as the foundation of what is now the Rope Loft Restaurant on the mainland, while part of the keel became the wooden cross in St. Stephen’s Church. Sometimes on June 27, though not every year, a strange blue fire can be seen from the mainland on the horizon at almost the exact spot where the Teazer was blown to smithereens.

My wife and I bought Meisners Island 20 years ago, after I dreamed it was for sale. We go there every summer, as do our children and grandchildren, who come from Devon and West Sussex in England, and Los Angeles and Connecticut in the United States. Over time we have cleared away the dead spruce trees, created fields of grass on the three rounded hills that surround the freshwater lake and allowed new spruce and birch to come up so as to create a haven. But it is Chester, really, that is the paradise.

Many homes still have individual wells and development in the township has been slow for more than 200 years. Centuries-old frame houses dot the shore on both the Front and Back harbours and up the quiet streets leading to the local theatre and post office. Everyone leaves everyone else alone. There is an 18-hole golf course that skirts one of the peninsulas jutting out into Mahone Bay, and the tiny, quaint tennis club is a centre of activity in the summer for both local and summer residents. Two antique shops, a coffee shop and an excellent restaurant are popular meeting places during the summer. The grocery store, pharmacy and hardware store are on the village outskirts. The Chester Yacht Club, however, is the cauldron of summer activity, hosting not only Chester Race Week, but also lobster feasts and chicken roasts, and one of the best junior sailing schools in the Maritimes. Old clothes and docksiders, with “yellows” for wet weather, are the most popular dress code, except for the occasional night out at the Playhouse theatre or a fancy dinner at one of the larger peninsula houses.

It is only a short season, then, all too soon, it is over. Those who go back to their busy lives in the cities of North America or to Europe after Labour Day will miss the cool nights and steady breezes of September. But few will forget about the place that for the shortest time has become their summer paradise. And fewer still will talk about the secret they have discovered.

Chester Race Week is an annual regatta held in the second week of August, from the 14th to the 17th. Summer yacht racing has a long history in Chester; it began in 1856 when casually competitive races to nearby Halifax markets grew into the Annual Fisherman’s Regatta. More than 3,000 people showed up to watch that first race. The numbers haven’t dwindled. This is the largest keelboat regatta in Canada, with up to 150 boats from all over North America coming to compete. Anyone with a registered yacht club membership and insurance can spend four days in the waters of Mahone Bay vying for a chance to win one of the 28 trophies. The fierce days turn into wild nights, where pig roasts, live music, dancing and drinking unfurl along the warm seaside coast. 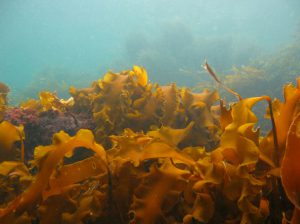 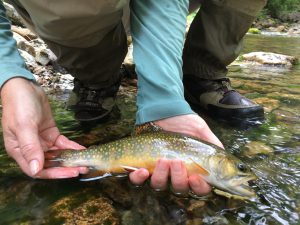 Brook trout are the primary sport fish in the province