If you find yourself savouring a café au lait in Québec City’s historic public square, Place Royale, you could be forgiven for thinking you’re in Provence. Founded in 1608, the birthplace of French Canada still retains much of its 17th-century romance. In Old Québec—a UNESCO World Heritage Site and the only walled city north of Mexico—cobblestone streets carve through storybook neighbourhoods, and the boulevards are peppered with Châteauesque architecture, world-class museums, and a distinctly French-Canadian food scene. In the summer, crowds spill out from the doors of boulangeries and wine bars framed by fragrant blooms, and in the winter months, the city is transformed into an icy, glittering jewel dressed in twinkling lights and swags of evergreen. Whatever season you choose to visit, here are eight cultural gems not to miss.

The cobblestone streets that wind through Old Québec’s lower town are like a page torn from a Grimm’s fairytale. From the upper town, hop on the funicular and take in a panoramic view of the St. Lawrence River before exiting through the 17th-century home of explorer Louis Jolliet, arriving at Petit Champlain street. The main boulevard deserves a slow stroll, leaving time to duck into independent boutiques and restaurants like Le Lapin Sauté, or The Jumping Rabbit, which specializes in rabbit dishes and French country-style cuisine. From there, meander through the surrounding blocks, stopping to sample locally-made cheese or wine at specialty shops.

The circuitous streets of Petit Champlain will eventually lead to Place Royale, the birthplace of New France. The charming square marks the site of the first French settlement in North America, where Samuel de Champlain built his “Abitation” in 1608: a fort, storehouse, residence, and trading post. Notre-Dame-des-Victoires, the oldest stone church in North America, now stands in its place. The rest of the plaza is hugged by three-story, 17th century stone houses—which would have belonged to the merchants of the area and some of which were restored in the late 20th century—decorated with rows of colourful paned windows and gable roofs. Enjoy people-watching from a window seat at Smith Café over a cappuccino and flaky croissant.

Closer to the Old Port, the Museum of Civilization—a modern limestone building designed by Moshe Safdie—houses exhibits dedicated to pivotal moments in human history. Permanent exhibits include a look at the traditions, history, and worldviews of Indigenous Peoples in Québec, while temporary ones examine fascinating global histories, such as the recent Venom: A Poisonous World, which explored the cultural, medicinal, and religious role of poison throughout time. While you’re there, drop in on one of the museum’s workshops or expert tours.

Relish the romance of the city by booking a room at Auberge Saint-Antoine, an elegant Relais & Chateau museum-hotel housed in three historic buildings in the Old Port. During the hotel’s construction, an excavation-turned-archaeological dig revealed ancient artifacts that informed the hotel’s design ethos and are now displayed throughout the hotel. Each room is appointed its own artifact as well as a statement colour like robin’s egg blue or ruby red, and arched windows frame views of Old Québec. Suites in the Hunt House date to the 18th century and feature preserved original wood floors and beams, while rustic farm-to-table restaurant Chez Muffy was built in an 1822 maritime warehouse, where original stone walls catch the dancing shadows of a central fireplace.

Established in 1639, the Hotel Dieu, or “House of God,” as Le Monastère Des Augustines was known in the 17th century, was the first hospital on the continent north of Mexico. The monastery is a rare piece of living history, still acting as both a hospital and convent but now embracing a more inclusive approach to spirituality. Its historic wing has been converted into a wellness centre with modern, spartan guest rooms in the former cloister and an original vaulted cellar that hosts sound therapy and yoga classes. A museum showcases a collection of objects and archives that offer a fascinating look at 17th-century medicine, a time of ‘butcher doctors’ and before anaesthetic. But the most atmospheric experience may be simply walking the quiet corridors, where burnished wood floors glow in the white light that pours through the French windows.

If you leave Québec City without tasting poutine, the locals might be offended. The French-Canadian specialty is a decadent mix of crispy French fries topped with gooey, squeaky (a mark of freshness) cheese curds and piping hot gravy. Le Chic Shack serves gourmet poutine with toppings like braised beef and pork, alongside burgers, in a relaxed, bistro-style setting. Dipping sauces are made in-house, and Yukon Gold potato fries are smashed and deep-fried to salty, crispy perfection.

Surrounded by the vast, leafy Plains of Abraham—which has its own historical significance—the Musée National des Beaux-Arts du Québec is the epicentre of fine arts in Québec. Four pavilions are dedicated to historical, modern, and contemporary art from the province, including the work of prolific Québec artist Jean-Paul Riopelle, and travelers can easily spend the better part of a day meandering through the interconnected buildings. Visitors arrive through the Pierre Lassonde Pavilion, a striking modernist structure made entirely of glass and flooding six exhibition galleries with natural light. The pavilion, designed by the architectural firm OMA, founded by Rem Koolhaus, and Montreal architects Provencher Roy, has become as much of an attraction as the art itself.

Built in 1893, the fortress-like Fairmont Château Frontenac sits perched above the St. Lawrence River. The grand hotel was favoured by the likes of Winston Churchill and actress Grace Kelly (there’s even an elegant Grace Kelly suite fans can book), hosted high-profile military conferences during World War II, and played a supporting role in films like Alfred Hitchcock’s film noir I Confess. Plush, royal blue furniture, burnished gold accents, and original Art Deco details throughout the hotel nod to this rich, storied past. These days, the city’s grand dame draws visitors to the wraparound bar at 1608 for a spritz before dinner under the hand-painted ceilings at restaurant Champlain—don’t miss the cheese cave on the way in, which houses enough varieties to complement the 600 different wines on the menu. 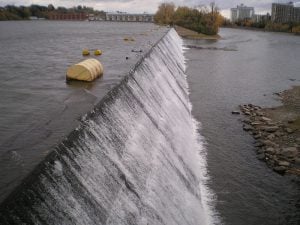 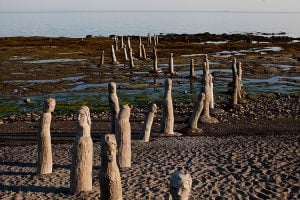