“The aquarium in my province has more sharks than the aquarium in your province.” That’s unlikely to be a taunt heard in a Canadian schoolyard, but given the appetite of youngsters for bigger and better things and besting their chums, it could be possible if they read my new book Canadian Geographic Canada for Kids: 1000 Awesome Facts.

In this tome I’ve collected the biggest and best, firsts and amazing feats of Canada and Canadians that are sure to entertain children of all ages — or start or settle a schoolyard squabble. (By the way, Ripley’s Aquarium of Canada in Toronto has the largest collection of sharks of any aquarium in the country.)

In honour of the book’s release (and in the modest hope you’ll buy a copy for a child in your life — Christmas is just around the corner), I’ve complied a list of 11 of my favourite facts from the book that relate directly to Canadian youngsters.

1. If you know a teenager or young adult these days, you’re likely very familiar with Justin Bieber. Bieber, born in Stratford, Ontario, on March 1, 1994, became the first musician with five Number One albums on the Billboard 200 chart before turning 19 years old. He achieved the feat in early 2013 with his Believe Acoustic album. His pervious Number One albums included Believe (2012), Under the Mistletoe (2011), Never Say Never: The Remixes (2011) and My World 2.0 (2010).

2. Quick: name the best-selling Canadian author of all time. Did you know it was Canada’s “King of Kid-Lit” Robert Munsch? Munsch, who lives in Guelph, Ontario, has penned more than 40 books, with total sales of more than 30 million copies.

3. Game on! Canada is the largest producer of video games in world per capita based on the number of employees according to the Entertainment Software Association of Canada. About 16,500 people work in the industry in Canada.

4. Like video games? Here’s betting your collection isn’t as big a Syd Bolton of Brantford, Ont., who is believed to have the largest known collection of video games in the country. Bolton owns more than 10,000 games, including almost every one created for both the PlayStation 2 and the original Xbox.

5. Here’s a real dedication to dolls. Ray Dyson of Edmonton owns the world’s largest collection of troll dolls, with 1,754 unique versions of the collectible creatures. Dyson owns more than 4,000 troll-related items in total.

6. Bet you’ll never guess who was the first Canadian athlete to appear on the front of an American cereal box. Figure-skater Kurt Browning graced the front of Special K in 1998.

7. Winnipeg is famous for many things, but did you know it’s considered the Slurpee Capital of the World? The crown is based on having the highest average number of Slurpee cups sold per store each year (400,000). The 7-Eleven store on Portage Avenue sell the second-most Slurpees in the country.

8. Get out the ketchup. And lots of it. McCain Foods, whose global headquarters is located in Florenceville-Bristol, New Brunswick, is the world’s largest manufacturer of French fries. Indeed, one of every three French fries eaten on Earth is a McCain fry.

9. Nunavut has Canada’s lowest median age, 24.8 years, based on 2011 data from Statistics Canada. Nearly one-third (31.5 percent) of the territory’s residents are under the age of 15.

10. Who says kids can’t do BIG things? A youth-led art project is the world’s tallest mural. A 32-storey building in Toronto’s St. James Town community, 200 Wellesley Street East to be precise, boasts a painting of a bird that stretches almost the entire height of the building. It was unveiled in September 2012.

11. How do you top finding a supernova — the most luminous type of cataclysmic explosion of a dying star — as a 10-year-old? You keep looking for more. That’s exactly what Nathan Gray of Greenwood, Nova Scotia, vowed to do after spotting potential supernova PGC 61330 in the constellation of Draco on October 30, 2013. If the International Astronomical Union confirms Gray’s discovery, he’ll become the youngest known person to locate a supernova — besting the previous record holder, his sister Kathryn, by just 33 days. 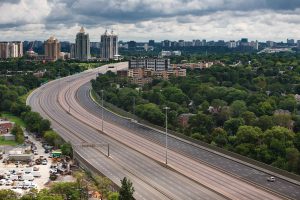 The world’s population is probably going to decline. Here’s what that means for Canada

The authors of a provocative new book, Empty Planet: The Shock of Global Population Decline, explain why statisticians have it wrong when it comes to population trends