Researchers and industry leaders now have quicker access to data showing the complexity of the world’s seabed. Part five of Canada’s Ocean Supercluster: a six-part series.
By Alanna Mitchell
November 23, 2021

For eons, humans have looked at the surface of the ocean and wondered what is below. Not just within the water itself, but also at the deepest reaches of the seabed floor.

Until the 1950s, scientists assumed it was both dreary and featureless. But then sonar technology, perfected during the Second World War, changed everything.

Ships began dragging sonars on their journeys across the Atlantic Ocean, as well as dredgers and drills to take rock cores. All that data ended up at what is now known as the Lamont-Doherty Earth Observatory at Columbia University in New York, recorded into a ledger in India ink with crow-feather quill pens on blue linen pages.

Painstakingly, the mathematician Marie Tharp and a colleague began translating those data points into maps, eventually unearthing a controversial picture.

The ocean floor, they discovered, is not barren. It has breathtakingly complex topography. There are underwater volcanoes, deep rifts, trenches, mountain ranges. Nor is it made of the same stuff as the continents. It is thinner and younger.

These findings eventually proved a theory that changed our understanding of our planet: Continents move across the face of Earth on tectonic plates as ocean floor is dying and being born. Continents themselves are born and die. Today, using complex math, geophysicists can recreate land masses that have been absorbed into Earth’s mantle, ghosts of those that lived many millions of years ago.

The advances gave a far more accurate picture of the ocean floor, making navigation safer. But since then, efforts to map the topography of the sea have crawled ahead at a glacial pace. Today, less than a fifth is mapped and much of that has happened in the past few years. But, in honour of the United Nation’s Decade of Ocean Science, scientists have pledged to map the entire ocean floor for the first time by 2030 in the Nippon Foundation-GEBCO Seabed 2030 Project. 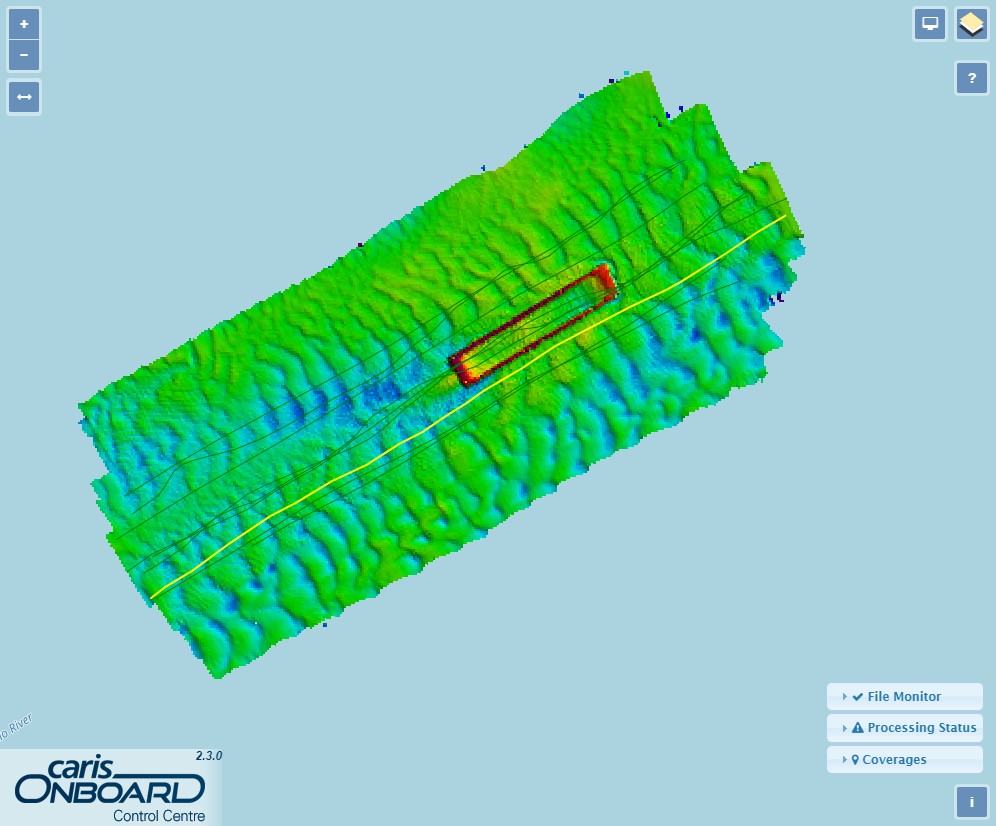 An image from Teledyne CARIS shows a visual from the Onboard360 software used to map the seafloor.

That includes information from sonar-fitted ships, but also fleets of autonomous vehicles that don’t need humans to be on board.

But how to make sense of all these new data points?

Enter the CARIS Cloud Technology Project, supported by the Ocean Supercluster. The supercluster, an industry-led, government-sponsored not-for-profit, was established to help Canada kick-start innovations in marine industries and then bring them to market. The federal government has pledged $153 million and industry has promised to match it.

The cloud technology project is led by Fredericton, New Brunswick-based Teledyne CARIS, which is already a global leader in the development of mapping software. Roughly 90 per cent of the world’s national hydrographic offices use the technology, says Sergio Marques, Teledyne’s director of project management.

The new Supercluster project is allowing Teledyne to figure out how to store those programs and their data in the cloud, in effect, replacing those crow-feather quill pens and linen pages of old by electronics. Millions of data points describing the ocean floor are being made remotely accessible to hydrographic institutes, industry and academic researchers.

“The reason we need to pivot to the cloud is that we are preparing for the ocean mapping of the future,” says Karen Cove, Teledyne CARIS’s senior manager of products. “We’re making the toolkit of the future.” 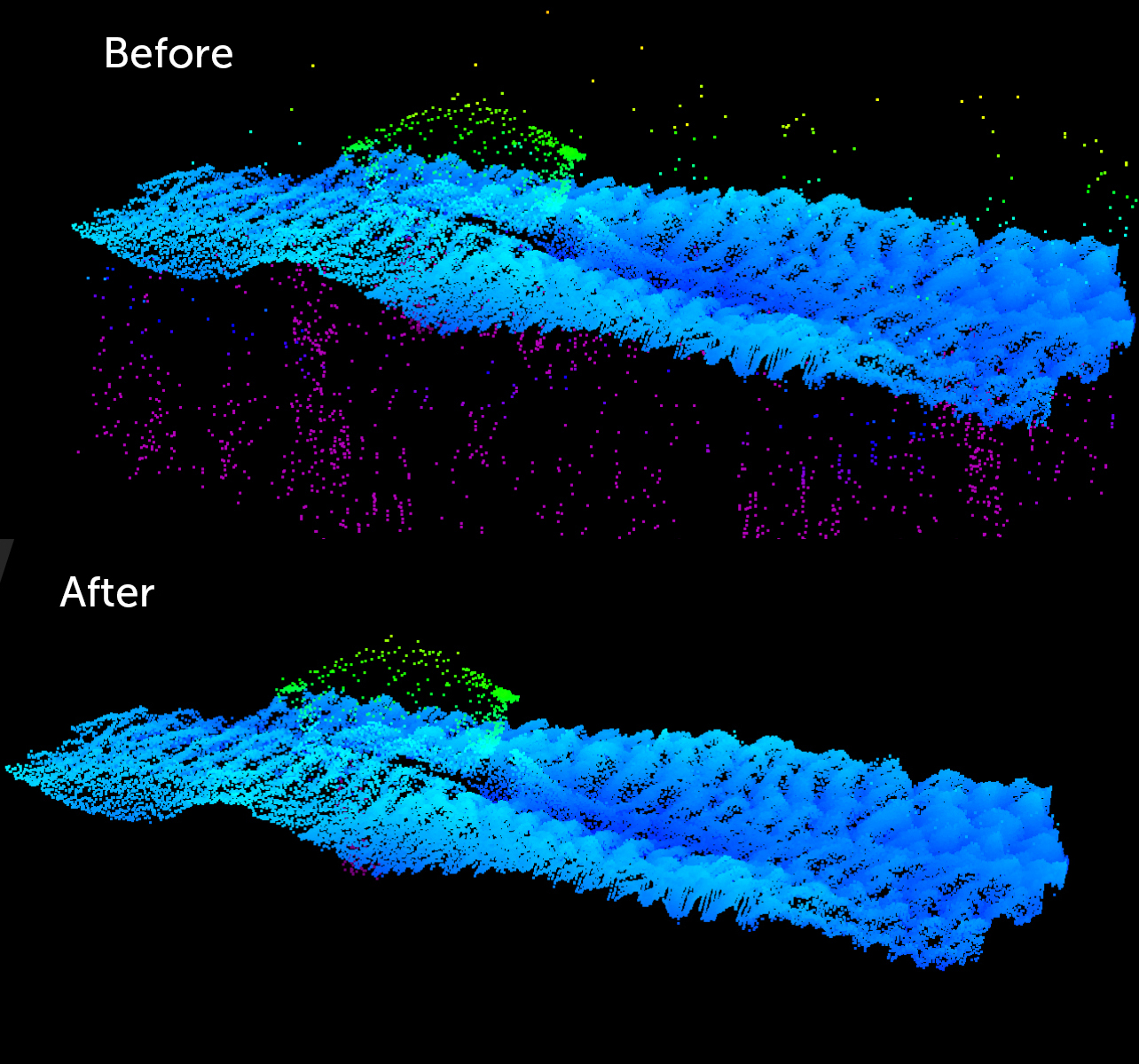 Teledyne’s cloud technology shrinks the lag time between collecting data, interpreting it and making it available from a year to perhaps weeks or days, says Cove.

The turnaround is so fast and the information so easy to use that CIDCO, Quebec’s Interdisciplinary Centre for the Development of Ocean Mapping, is using the cloud platform to train new hydrographers, says Marques. Hydrological offices in other countries are also using the new platform, he says.

Ocean floor mapping is not just necessary for navigation. It’s also critical to the placement of undersea cables and offshore wind farms and to identifying areas that need protection from human activity.

But the importance goes much further. Just like in the 1950s, understanding the structure of the ocean is once more transforming our understanding of how the planet works. As scientists race to figure out how high carbon concentrations in the atmosphere are affecting the planet’s life-support systems, they are gaining a new appreciation of the role the ocean plays.

Now, though, it’s not just the shape of the seabed, but also the ocean’s inner workings. That means they need to calculate how much carbon the ocean stores, absorbs and emits. It means understanding how currents work and stop working and how heat moves around. The world of the abyss — and how it is changing — is critical to accurate models of the future climate. And mapping it is a key element of that.

“There’s a universal emphasis on the ocean as being a key part of a healthy planet,” Cove says.