Meet the avian stars of Northern Rescue, the new family drama from CBC and Netflix
By Alexandra Pope
March 1, 2019

They’re as demanding as the most pampered pop diva, but you won’t find champagne or a specific colour of M&Ms on this duo’s backstage rider — just a chilled salt-water pool and plenty of herring and capelin.

That’s because these pint-sized celebrities are African penguins. For most of the year, 10-year-old Dayo and 20-year-old Skadu can be found at their home in Sea Life Caverns, part of the Marine Life attraction at the West Edmonton Mall. But the birds make a star turn in Northern Rescue, a new family drama series streaming now on CBC Gem and Netflix.

The show follows the West family — dad John (Billy Baldwin) and kids Maddie, Scout and Taylor — as they try to pick up the pieces following the unexpected death of their mother, Sarah. On the advice of Sarah’s sister Charlotte, the family relocates from the big city to the fictional northern Ontario town of Turtle Island Bay and takes up residence in the “Aquaverse,” a run-down former theme park, where they find themselves responsible for the care of a penguin named Tux.

This presented a challenge to the show’s producers, both in terms of finding birds to portray Tux and, once the right penguins had been found, getting them to the set in Parry Sound, Ont.

“Having never worked with a penguin before, the learning curve was quite steep,” says producer David Cormican. “I started learning everything I could about penguins and what you can and can’t do with birds.”

Dayo and Skadu travelled from Edmonton by plane in a special crate, accompanied by their handlers, Cristina Castrejon and Megan Whyte. In Parry Sound, where production took over the local curling rink, they were moved into a custom-built, temperature-controlled enclosure that included a pool and a ready supply of fish.

“They basically had the nicest green room of all the stars,” says Cormican. 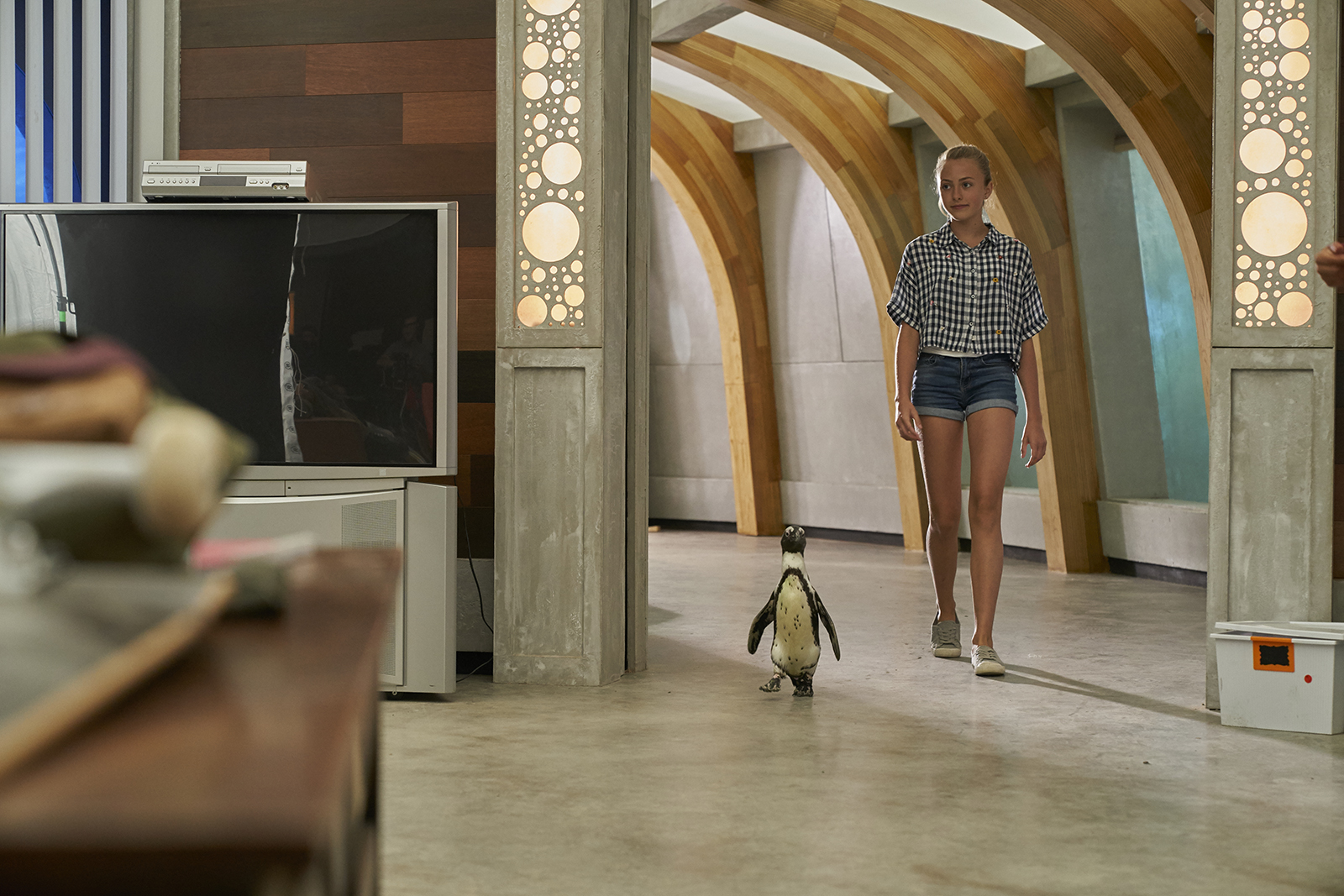 Other accommodations had to be made to ensure the health and safety of the penguins. Teflon can be highly toxic to birds, so all cookware on set had to be carefully inspected, and Dayo and Skadu could only work a maximum of six hours per day, meaning scenes with Tux were meticulously planned and rehearsed in advance. “They were our Olsen twins,” jokes Cormican. “If one was having a bad day, we had the other one sub in.”

Fourteen-year-old Taylor Thorne, who plays Taylor West, had the most screen time with the penguins and says the experience of working with live birds was unforgettable.

“I’d never acted with an animal before, but I got the full experience with the penguins,” she says. “I got Dayo to make his braying noise for me, which they do when they’re bonding; it was really cute.”

And while getting a penguin to cooperate with a director’s vision might seem like an impossible task, Dayo in particular seemed to be a quick study. On one memorable day, Thorne filmed a scene with Birva Pandya, who plays Taylor’s friend Raji, and Tux.

“As soon as they finish the scene, they both get up and leave the room … and he jumped off the bed and followed us, three takes in a row!” Thorne says.

Adds Cormican, “If there’s an Oscar for penguins, it should go to Dayo.”