It was a night none of the 150+ people gathered at Canada House in central London, U.K. — or watching the live stream from Canada — will soon forget. Broadcasting legend Sir David Attenborough was presented with the Gold Medal, one of The Royal Canadian Geographical Society's highest honours, in recognition of his lifelong contributions to advancing public awareness of the natural world, then participated in a Q&A session with fellow BBC presenter Dan Snow — a conversation throughout which Attenborough's characteristic wit, humility and of course, that magnificent voice, were on full display.

Over the course of the 30-minute discussion, hosted by the RCGS in partnership with the Canada-UK Foundation, Attenborough shared his thoughts on everything from the future of public broadcasting to the importance of teachers to the election of Donald Trump, demonstrating his singular gift for communication and his passion for the planet.

"In the last century, there is no one who has said or done more than Sir David to bring the importance of geography and the environment into the public consciousness," said RCGS CEO John Geiger. "Sir David has altered the world for the better, awakening generations to the wonder that is planet Earth."

Attenborough thanked the Society for the honour of the Gold Medal, saying he would treasure it as a reminder of Canada, "one of the most extraordinary places in the world." He also praised the ongoing work of geographical societies worldwide, which he said have a more important role today than ever in helping us to understand "not the shape of the land, which you can do with satellites, but how it works, why it works, how vulnerable it is and how essential it is, because at the moment we are not showing much understanding of our actions." 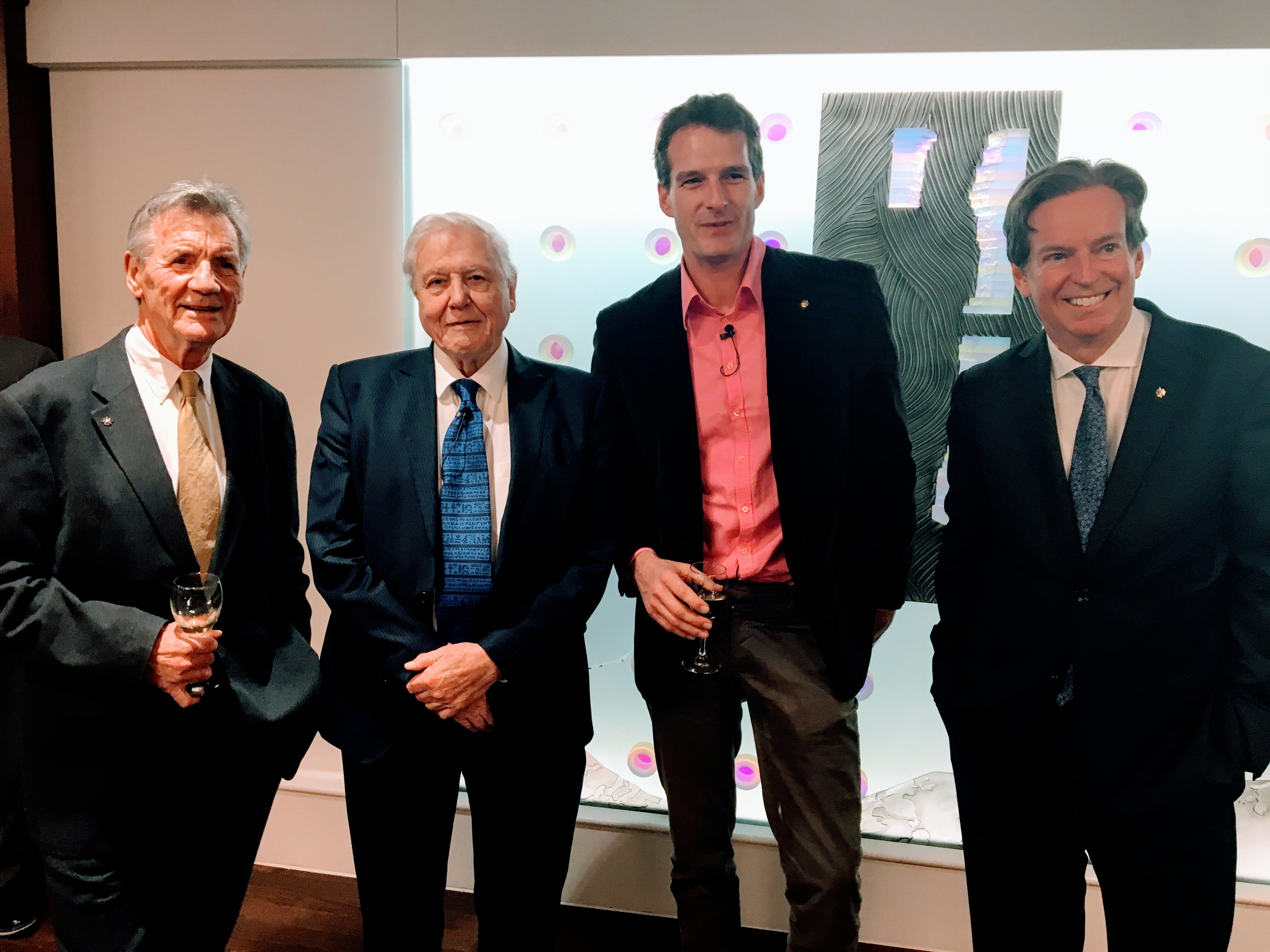 Attenborough has been the voice and face of the BBC's natural history programming for more than half a century, and at 90 years of age continues to lend his talents and expertise to various projects, including a sequel to the groundbreaking 2001 documentary series Blue Planet due out later this year. At least fifteen species, living and extinct, have been named in Attenborough's honour, and in 2016, a new British polar research ship was dubbed the RRS Sir David Attenborough following a public voting process.

Asked by Snow what inspired his love of nature and whether young people today could hope to have as fulfilling a career, Attenborough recalled childhood days spent biking around Leicester, finding fossils, which developed his sense of wonder. The same opportunities exist for young people today, he said, if they are encouraged to be curious about the world.

"The great heroes and heroines of our society are of course the teachers, and in particular the teachers of kids in their first years," he said. "Once a child has been shown what the natural world is, it will live with them forever."

Watch the full Q&A below: