Michael Serpe's fieldwork is based in rural India, but he says Canadian First Nations communities could benefit from realtime water quality data as well
By Ainslie Cruickshank
Advertisement

A University of Alberta chemist is developing a new, easy-to-use handheld device that could help ensure rural communities around the world know whether their water is safe to drink before it’s consumed.

Michael Serpe’s field research is based in Poshina, a rural farming community in India, but he also sees applications for his device in Canadian First Nations communities, where drinking water advisories are widespread.

This summer alone, more than 150 drinking water advisories were issued across more than 110 First Nations.

It’s surprising to see communities at times lack access to clean water in a developed country like Canada, Serpe said.

He envisions his device – which uses smart polymers that respond to their environment to detect contaminants – being used by households to test water quality before drinking to ensure it’s safe to consume.

Ensuring timely and easy detection of contaminants is one way to improve water monitoring in First Nations communities, said Lalita Bharadwaj, an associate professor of toxicology at the University of Saskatchewan and a co-lead of the school’s Safe Water for Health Research Team.

In some communities that don’t have appropriate onsite testing equipment, water samples have to be sent out to accredited laboratories and they have to wait to hear back about results, Bharadwaj said in an email.

“A quick realtime monitoring device would provide communities the capacity to monitor their water for microbial contaminants in a timely manner and also allow for effective and timely communication of any risk if detected,” she said.

“Having a device that can detect biological contamination in real time would be a breakthrough in water treatment,” said Barry Strachan, the public works manager with Keewaytinook Okimakanak, the Northern Chiefs Council that represents six communities in Ontario.

Keewaytinook Okimakanak’s Safe Water Project, which helps to deliver clean drinking water to its communities, currently incubates water samples for 24 hours to detect the presence of pathogens, Strachan said in an email.

Presently we must incubate water samples for 24 hours to detect the presence of these pathogens.

“This means that, if coliform bacteria is present, the consumers may have been exposed to the pathogens for at least 24 hours,” he said.

In her recent work with eight First Nations communities, Bharadwaj found that lacking access to clean water affects physical and mental health, cultural traditions and can result in lost economic opportunities – not to mention the challenges it creates for day-to-day use.

Strachan added that a lack of safe potable water can also stifle economic growth in small communities, where most businesses require access to power and safe water at minimum.

In the 2016 federal budget, the Government of Canada committed to ending long-term boil water advisories on reserve within five years and allocated an additional $1.8 billion to the issue.

There doesn’t seem to be a concrete strategy in place to achieve the government’s goal, Strachan said.

“Millions of dollars have been committed, but to date very little has actually flowed to the various projects that have been proposed by First Nations,” he said.

An effective strategy will require more than investments in infrastructure, he added. First Nations also require assistance in developing operational and management capacity to sustainably manage their water and waste water systems, he said.

“Investment in training and capacity building is more important than investment in water treatment facilities in my opinion,” he said.

In an August news release, Assembly of First Nations National Chief Perry Bellegarde said it is “completely unacceptable that there are more than 100 First Nations communities in this country that do not have access to safe drinking water.”

Bharadwaj suggested “solutions to the issue may gain momentum when there are strong relationships built on trust and respect as well as understanding among the parties involved in First Nations Drinking Water policy regulation, management and monitoring.” 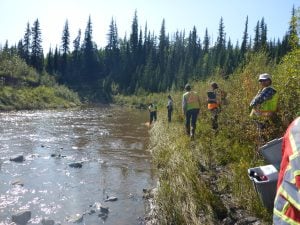