Those were the first words I muttered after I finished reading “Rum Heaven,” from the November 1935 issue of what was then still called the Canadian Geographical Journal. [Read the article here.] After all, Greenaway’s assignment was one that today would still no doubt appeal to any journalist worth their salt, let alone anyone with a sense of adventure: travel by boat to Saint-Pierre and Miquelon, a group of eight small islands off Newfoundland’s south coast that comprise France’s last remaining territory in North America, and find out what it’s like there.

While the headline might have been chosen to lure readers familiar with stories of smuggling skulduggery and battling bootleggers (the story appeared just two years after Prohibition ended in the United States), the tale itself is more travelogue than anything else, with Greenaway wandering about the town of Saint-Pierre, where he visits the church, chats with locals, sings the praises of the local gendarmerie (“They are an exceptionally fine force transferred every two years from colony to colony.”) and digs into the local history.

And yes, that history does involve booze, the transport of which was still occurring on Saint-Pierre in 1935, as Greenaway notes: “Repeal of the Volstead Act in the United States, it was claimed, would put a stop to Rum Row and St. Pierre’s traffic. But instead of Canadian whiskies, the rum boats are now loaded with potato alcohol from Belgium and other European countries at prices impossible to equal in the United States and Canada.”

Signs of the alcohol trade are everywhere in the story, whether in the picture of the inner harbour, the caption of which urges you to “note the pile of empty liquor boxes at lower centre,” or in Greenaway’s description of finding a “huge pile of empty whiskey boxes heaped inside the picket fence surrounding the adjacent [to the church] convent of the Sisters of St. Joseph of Cluny.”

Perhaps more fascinating (but much less scandalous) than the notion of nuns familiarizing themselves with a different kind of spirit are Greenaway’s encounters with the locals. One man — whom you suspect may have been pulling Greenaway’s leg just a little — tells him the story of an errant cigarette spark that accidentally set off a barrage of Bastille Day fireworks in 1930. A “skyrocket,” Greenaway recounts, “went right through a baby carriage without injuring the baby,” while “Another went through the tail of the coat of the man who told me the story.”

The highlight of the piece for me, though, is when Greenaway describes meeting “Mother Marechal; eighty years old, wrinkled, nearly toothless, yet as invincible as the gnarled evergreens that clutch the bleak rocks” at Philibert Cove, a small fishing village about a mile away from the town of Saint-Pierre. She cleans, cures and packs capelin — probably 20,000 of them since June, she guesses — and her eyes sparkle “with a young girl’s joie de vivre.” She tells Greenaway she’s never been photographed, and then her picture is duly snapped for the first — and perhaps last — time. 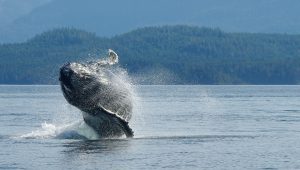 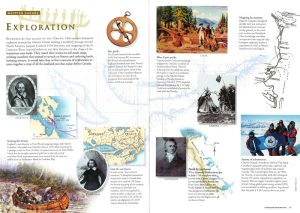