Photography lovers will be captivated by the Canada Post stamps released this week.

Director of Stamp Services Jim Phillips says Canada Post wants to celebrate all things Canadian. “What better way of doing that than with Canadian photography,” he says.

A team of museum curators and photographers, together with Canada Post staff, travelled across Canada for three years to select photographs from the country’s top photographers. They chose the photographs that were most representational of the artists.

The photo series launched last year and is part of a five-year lead up to 2017, when Canada celebrates 150 years since its birth. This week’s release includes five domestic stamps, one United States stamp and one international stamp.

On the stamps, there are symbolic images, like Louis-Prudent Vallée’s snow capped Quebec City in the 19th century, Michel Lambeth’s St. Joseph’s Convent School in Toronto and William Notman’s photograph of Sitting Bull and Buffalo Bill in Montreal in 1885.

Phillips says the photos are symbolic of Canada’s history the last 150 years, with this photography series celebrating the captured moments in time.

Click on the photo above to see a slideshow of the new stamps. 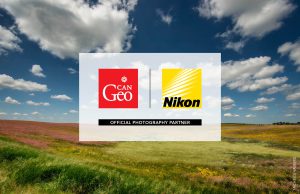