Island of the Sea Wolves: behind the scenes of the Netflix hit series

Documentary director Chelsea Turner on the making of the three-part series, which stars the incredible sea wolf

A sea otter, bobbing in the waves, cries out to his mother. An aerie of bald eagles swoops toward an ocean swirling with herring. A lone sea wolf patrols a glassy shoreline as mist rises from a forest-carpeted mountainscape.

Island of the Sea Wolves, which premiered last month on Netflix, offers a glimpse into the ecosystem inhabitants of Vancouver Island. At the juncture of land and sea, the father-daughter duo Chelsea and Jeff Turner at Vancouver-based River Road Films follow the journeys through the seasons of Vancouver Island’s amazing animals, including sea wolves, Vancouver Island marmots, sea otters, orcas, bears and eagles. Narrated by actor and comedian Will Arnett and accompanied by a score (by Laurentia Editha and Denise Santos) that feels like nature-doc-meets-Pirates-of-the-Caribbean, the series blends incredible cinematography (by Maxwel Hohn) with detailed research and engaging storytelling.

Co-director Chelsea Turner spoke with Canadian Geographic about what went into the making of this fascinating series — and what it meant to film the documentary in her own backyard.

On the sea wolves as a leading character

Each of our five main animal characters are special and charismatic in their own ways. But I think the sea wolf is just such an iconic animal for Vancouver Island — and the way it makes its living and uses the sea for food is just so unique among canines. A lot of the stories [in the series] were about that relationship between the ocean and the land and what it means to have that island habitat. We felt like the sea wolves really embodied that relationship, because they’re obviously land animals, but they’re also very much using the sea — and bridge those two worlds right on the edge between the land and the sea. And they’re so charismatic, too. We really knew we could effectively follow a whole family through all three seasons and see what kind of surprises life had in store for them, and follow their journey. So, for all those reasons, we felt like they would be a great  leading character to ground the series.

On the research before turning the cameras on

The research process is always really important in setting the film that you’re making up for success. We had several months of research in pre-production before we ever turned the first camera on. It was really about finding the right locations, finding the right people to work with, like the guides that had the expertise in the different areas and with the different animals that we wanted to film. A lot of our boat captains and guides were First Nations and knew the area better than anyone else… they knew where the otters like to go. So tapping into that deep understanding of the environment was incredibly helpful.

But we didn’t have a back-up wolf family! Once we chose our characters, we kind of just stuck with them. And we didn’t really know how it was going to turn out. For the marmot storyline that I worked on a lot, we had that one group of marmots [that had been released into the wild] — those five marmots, and that was it. We weren’t following another group to see how their journey would play out. We were able to plan in terms of picking the right place to be, but in terms of sort of how the story would play out, it was just full of surprises for us.

On the camera techniques they used

There was a lot of tech that made these ambitious visual goals that we had for the series possible. Remote cameras were a huge part of that — that was something we used for multiple different storylines. We used remote cameras with marmot dens. We used them around the sea wolf den. All of the material of the mother sea wolves around the den with their pups was entirely 100 per cent remote. So we never had someone actually there on the ground because it was such a sensitive site. Also, with the sea otters, we used lots of remote cameras to get really unique angles and would leave them running all day. And you’d be scrubbing through excitedly, in the evenings, to see: “What did we get? What did we get?” It was like Christmas. You’re just so excited getting one of those remote cameras back. And I think for just wildlife filmmaking in general, they’re a game changer: the technology is getting so much better, the battery life and all that stuff, so it allows you to do pretty unique things.

On the decision to give the animals nicknames

I think, naming the animals, it does make it more accessible to an audience in a way. You relate to them and you feel that sense of who they are as an individual. We really wanted to take the audience on that sort of emotional journey and show them how amazing and unpredictable [their lives are] and all the trials and tribulations that these animals have to go through. But I also think it’s just something that we naturally start to do in the field. When you’re spending lots of time with these animals, you don’t kind of refer to them as like “wolf number three” or “old male” you know: it’s just very natural, as you get to know them as individuals, to give them nicknames. It’s the same with the researchers that we worked with for the marmots. It becomes a nice shorthand for knowing who you’re talking about. We never wanted to anthropomorphize or give human emotions, but I think to just acknowledge that these are individuals. They go through a lot of things just like we do in terms of finding a mate and raising their young ones, dealing with unexpected struggles and trying to do their best.

On finding a balance between the science and storytelling, the humour and the tragedy

We let the content itself guide us in a way. Sometimes things happen that are just really funny. Animals trip and fall over, or they have a funny, awkward moment. It’s not all sort of serious nature, tooth and claw drama. There’s lots of points in the animals’ lives that are very tender and very sweet or kind of silly. And so I think, first and foremost, it was just letting the stories themselves guide us through the lighter moments and also the sadder moments — like when one of the eagle chicks passed away during the heat dome, there’s definitely those sad things that happened that we couldn’t have predicted. We wanted to honour those moments, but also include some of the lighter moments. That was the balance we were trying to strike. And I think Will’s voice was kind of perfect for that as a narrator because he’s great at delivering the lines that have the humor to really make you laugh. But he also has a lot of heart. And I think he was able to tell parts of the stories that were sadder and more serious. Hopefully we’re able to do justice to the light and the shade.

On telling stories close to home

For the whole team, making this project on Vancouver Island was really special because we’re all filmmakers from Vancouver and Vancouver Island. Having the chance to spend so much time in this environment that’s really in our backyard, part of our home, was really unique and just so special. Even though we knew Vancouver Island is beautiful, we were blown away by just how spectacular it is and how amazing the wildlife is. We knew it was going to be great, but then just spending all that time and getting to go to so many spectacular places….I know it exceeded my expectations. It’s something that you don’t always get to do, [as a wildlife filmmaker] — so much of your wildlife filmmaking takes you to fabulous locations, but they’re other parts of the world or other parts of the country. So I think it was really unique to do something in our in our own backyard. 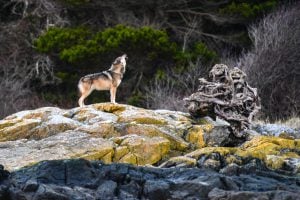 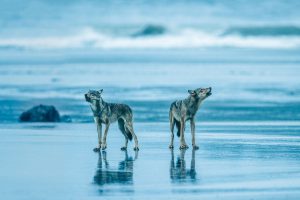