Is it possible to capture the reality of war?

Maybe not in one photograph. But the cumulative effect of mixing personal items, official photography, propaganda and previously censored images gets pretty close.

The photo exhibition The Great War: The Persuasive Power of Photography at the National Gallery of Canada features over 400 photographs from Canadian and international photographers, showing the different perspectives of the First World War.

“The exhibition sets out to look at the role photography played in the conflict,” says Ann Thomas, curator of the National Gallery’s photography collection.

The exhibition includes a wide variety of photos, with portraits of soldiers, family albums, personal mementos, stereographs, aerial photos and official war photography. As visitors walk through the exhibit, they take a tour through time from shortly before the war to the years after, when much of the censored photography was finally published.

At the beginning of the First World War, Thomas says attitudes towards photography were relatively lax. But by 1915, Allied troops began to restrict cameras on the battlefields, recognizing security could be breached if photos got into the wrong hands.

From that point, there was censorship of most images and the use of photography as a means of furthering propaganda was taking shape. Thomas says that Lord Beaverbrook was at the helm of the Allied side’s use of photography to further the war’s official purposes.

“He understood very effectively how photography could play a role in convincing people that it was the right decision to be in this war,” Thomas says, adding the images kept people patriotic.

As an illustration of the official war photography at the time, one room of the National Gallery recreates a 1917 exhibit held at the Grafton Galleries nearly a century ago. Back then, swarms of visitors gathered at the Galleries to view the same images that National Gallery visitors see today.

“We wanted to put people in the footprints of the 1917 exhibit visitors,” Thomas says.

While the 1917 exhibit was extremely popular, Thomas says some soldiers pointed out the images didn’t show the reality of the war. Rather, exhibit photos depict a particular version of the war.

Thomas says there would have been a huge amount of debris in the air from explosions and body parts flying, and photography was very difficult under these conditions. The reality is that the battlefields would have been filled with hazy, fuzzy figures, rather than the clear images shown in the 1917 exhibit. Some exhibit photos were the result of compiling several negatives to make one clear shot; others were taken from training camps rather than the battlefields.

But when official war photography is combined with amateur photography taken at the time, they both provide a record of the First World War.

“It was a war where you were up to your knees and waist in mud and urine, blood and body parts,” says Thomas. “It was hell, a really hideous experience.”

As the war progressed, there was more interest in how photography could be used to provide information on the enemy’s position. Aerial photography fit well into this role. Thomas says aerial photography became more sophisticated and effective over time, with people becoming better able to read aerial shots and pick out details. This in turn led to camouflaging the landscape so that important routes and railroads were not visible to the enemy.

As well, photography was used to create trench maps and give more accurate details of the uniform landscape where many battles were taking place. Thomas says the soldiers were able to use trench maps to develop strategies and plans for battle, with landmarks, churches and even destroyed tanks used to decipher where things were.

“These were highly secure documents,” Thomas says, adding that they were not to be passed on to others.

Thomas hopes that the exhibition as a whole will help visitors recognize the many ways photography addresses the important issue of conflict. “It would be wonderful if people became more informed about the war and went beyond the photograph just as an illustration of an event,” she says.

Click the photo below to see more images from the exhibition. 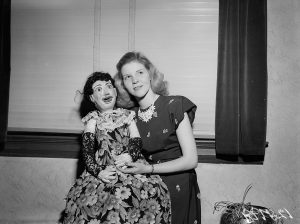