The pages of our quarterly issues of Canadian Geographic Travel are chock-full of stories and suggestions to inspire your adventures in Canada and beyond. In 2016 alone our editors and writers explored one of Canada’s remotest national parks, Tuktut Nogait, and marvelled at the biodiversity of the Galapagos Islands; kayaked the Quebec wilderness and San Francisco Bay; hiked the arid hills of west Texas and discovered an up-and-coming wine region. It’s hard for us to choose favourites from among so many exciting destinations, but here are some of the places and experiences we loved in 2016:

Lima is typically treated as a stopover for travellers heading to and from Cusco, but there’s plenty to discover in the sprawling Peruvian capital. Nevertheless, if you only have a day (or less) to see the city, see it with Haku Tours. The small outfit specializes in authentic local experiences beyond the usual tourist highlights, such as market tours, cooking classes and nature treks, and invests most of its profits into humanitarian projects in Lima’s sprawling mountainside shantytowns, which swelled in the 80s and 90s as rural Peruvians fled the internal conflict with the terrorist group Shining Path. Haku founder Edwin Rojas was himself born and raised in a shanty and is eager to show visitors these vibrant, cooperatively-managed communities through regular volunteering opportunities. During my fall trip to Lima, I spent an afternoon with Haku delivering food to a community centre; a challenging climb up steep, narrow concrete steps cut into the mountainside was met with a warm welcome, shared snacks, and an unforgettable view of the sunset over the city.

Exclusive, amazing travel experiences galore. That’s one of the benefits of being the editor of Canadian Geographic. In 2016, I visited Churchill, Man., Banff and Jasper national parks, and Hamilton, Bermuda, but my favourite trip was to … Saskatoon. Yes, Saskatoon. In Saskatchewan. But hear me out. Nearly all of both sides of the South Saskatchewan River, which runs through the city, is publicly accessible, connected by the Meewasin Valley Trail, a network of pathways and parks that attracts runners, cyclists, canoeists, etc. There’s also a thriving local cultural scene (music, shopping, restaurants, museums), likely fuelled by the fact that two of the world’s largest mining companies and a number of other big national firms call Saskatoon home. Indeed, there’s a cornucopia of top-notch restaurants, including Ayden Kitchen & Bar, home of chef Dale MacKay, season-one winner of Top Chef Canada. And the Remai Modern, a new museum of modern and contemporary art, which will boast among its holdings the world’s most comprehensive collection of Pablo Picasso linocut art, is set to open in 2017. And these are but two of the many highlights of surprising Saskatoon.

If kayaking the Saguenay Fjord taught me anything, it is that port tastes best next to a dwindling fire, beneath a constellation-crowded sky. It also taught me that sea kayaking may very well be my favourite waterborne transportation method. Granted, the scenery likely played a big part in that ranking. Carved by ancient glaciers, the Saguenay Fjord is a 100-kilometre-long trench that connects to the St. Lawrence River, and it is spectacular. My tour group pulled rudder at L’Anse St-Jean with two guides from outfitter Fjord en Kayak and over the following three days we saw the fiord at both its glassiest and at full boil. We slept in a cabin overlooking a protected Beluga feeding ground on Baie Ste-Marguerite, and counted stars around the aforementioned campfire. The route was advertised as a signature Canadian experience, and I must say, it lived up to the hype.

The photogenic cliffs of the Grotto and Indian Head Cove should be part of any trip to the Tobermory area and Georgian Bay, but do not let your familiarity with Bruce Peninsula National Park stop there. On bright hot days the crowds at these literal postcard spots lounge about the limestone like so many sunning seals (I’ve been one of them, so I can say that), but you can have both beauty and solitude by pushing farther down the Bruce Trail. Go either way through the ancient cedar forests along the lakeshore, but a 30-minute trek east will take you over aptly named “Boulder Beach” — which has surely claimed a few ankles and might explain the tranquility on the far side. Hug the coast, and you’ll find more of those hallmark cold, blue-green shallow coves, protected by overhanging cliffs and huge pitted rock formations. When my wife and I were there at the height of visitor season last late July, we encountered one other pair of hikers in two hours.

Back in Tobermory by sundown, the best way to toast a day on Georgian Bay: pints of Bruce Trail Blonde Ale and Fathom Five Porter on Tobermory Brewing Company’s fine patio, overlooking the ships in Little Tub Harbour.

There wasn’t a lot of travel for me in 2016, but I still ended up having two standout experiences.

The first was a five-day trip to North Carolina in July that started in the Great Smoky Mountains in the west and ended on the southern coast in the east, taking in everything from whitewater adventure on the Nantahala River to getting a behind-the-scenes tour of a remarkable facility that rescues and rehabilitates sea turtles. The highlight, though, had to be camping for a night on a wide stretch of beach on Portsmouth Island that I had all to myself. The island was once home to a thriving community established in 1753, but a combination of war, weather (this is hurricane country) and economic woe slowly depleted the population, and by 1971 the last two residents had left. The buildings of historic Portsmouth Village — homes, a church and a post office among them — remain, however, and are carefully tended and protected by the U.S. National Park Service. You can see my tweets from my North Carolina trip here.

The second highlight of the year was taking my two-year-old son to visit the Halifax Citadel National Historic Site, also in July. I hadn’t been to the colonial-era fort since I was about eight, but I do remember thinking at the time that it was pretty much the coolest thing ever. I like to think my son thought so, too, judging by the way he trotted around staring wide-eyed at cannons, peeking into barracks and “chatting” with staff in period dress. Nearly five months later, he’s still talking about the place and insists on wearing the Citadel bagpiper T-shirt I bought him there at least once a week. It was a delight to see him enjoy the place so much.

Philadelphia really surprised me this year. I fell in love with its federal-style architecture, off-beat hotels (shout out to the Loews Philadelphia Hotel on Market Street, with its black-and-gold art-deco opulence and friendly staff), and countless private and public art collections that offered plenty for an art lover to gawk at. My favourite moment was gazing at the quirky assemblage of Renoir’s soft nudes, Van Gogh’s frenetic brushstrokes and Modigliani’s modern portraits plastering the walls of the downtown galleries of the Barnes Foundation, which boasts one of the largest collections of post-impressionist and early modern paintings in the world. 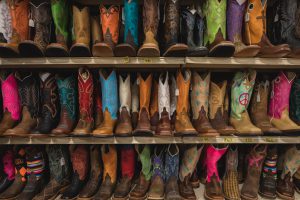 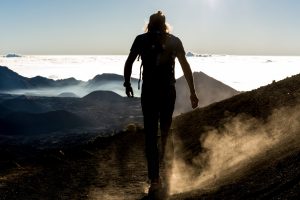