Discovering the dunes in Oceano, California

California's Oceano Dunes are renowned as a playground for rip-roaring off-road vehicle adventure, but a guided tour of this spectacular ecosystem gives you more than just a boost of adrenaline

I am near the end of a thrillingly bone-rattling dune-buggy tour of California’s Oceano Dunes State Vehicular Recreation Area when Zach Zeman says this and hits our low-slung bright-orange vehicle’s brakes. He kills the idling engine and points at some ruts that crisscross the seaweed-strewn beach in front of us. “There!” he whispers above the sound of breakers rolling in, pointing again. “There — can you see them?”

I can’t at first, but then, not more than five metres away, there’s a twitch and the slightest ruffling of feathers, and I do see them — two western snowy plovers huddled in a rut in the damp sand.

“Endangered birds!” repeats Zeman, a guide with SunBuggy Fun Rentals, an outfit in nearby Pismo Beach that caters to adrenaline junkies who want to explore the park’s vertiginous wind-sculpted dunes on four wheels rather than two legs. “And dune buggies! How cool is that, right?”

That a federally threatened bird coexists with dune buggies — and campers and cars and pickup trucks and ATVs and UTVs — in the only California state park where vehicles can still be driven on the beach isn’t just cool — it’s remarkable. But it’s also a testament to how a successful balance can be struck between protecting an extraordinary ecosystem and providing a spectacular natural escape for visitors.

At just 15 square kilometres, Oceano Dunes is by no means the largest state park in California, but it’s certainly one of the most popular — and lucrative. Between July 2016 and July 2017, it drew more than 2.2 million people, generating an estimated US$243 million in San Luis Obispo County.

Like countless others before and after them, these visitors came to swim, surf, fish, camp, picnic, drive and hike on the beach or zip along the dunes in off-road vehicles. “July 4 is a real scene here — it’s like something out of Mad Max,” jokes Zeman before noting that the park has always been a balancing act and that companies such as SunBuggy have a vested interest in helping maintain its ecological integrity. “We get people out on the dunes in a safe and fun way,” he says, “but we’re very clear about the rules and how special this place is.”

During our drive along the beach, Zeman leads by example, keeping his speed a few notches below the posted limit of 15 miles per hour, which is meant to safeguard people and wildlife. Zeman has a trained eye for spotting plovers and other shorebirds, but dune-buggy newbies with an adrenaline-fuelled leadfoot probably don’t.

Earlier — and between powering up and then zooming down a series of dunes — Zeman had paused to point out fenced-off areas in the six square kilometres of the park that are set aside for camping and off-road vehicle use, and steered well clear of them. The fences protect sensitive patches of coastal dune scrub such as mock heather, silver dune lupine and arroyo willow, all of which help stabilize the sides and tops of dunes in addition to harbouring creatures such as the silvery legless lizard, a bird called the California thrasher and kangaroo rats. “You see the occasional coyote out here, too,” Zeman says, although the only hint we see of this primarily nocturnal predator in the middle of the afternoon is a set of tracks circling a stand of arroyo willow.

Before we head head back to the stretch of beach where we’ll encounter the plovers, Zeman stops the buggy atop Independence Hill, one of the highest and steepest slopes in the park. We sit there in silence for a moment, gazing over the dunes toward the ocean. Then I ask Zeman whether he thinks the park can survive with more than two million people driving and walking through it every year. He talks about competing interests — of off-road vehicle users, of conservationists, of nearby residents who live downwind and say dust emissions kicked up by off-roaders in the park are harmful to their health — and reiterates that’s it’s all a balancing act. “All I know,” he says before turns the engine on and takes us skidding down Independence Hill, “is that I love this park and I want it to stay this way for as long as possible.” 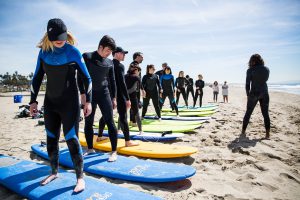 Bordered by Venice Beach and other L.A. neighbourhoods, oceanside Santa Monica is compact, innovative and laidback-chic. It’s also the best place to learn to surf in the region. 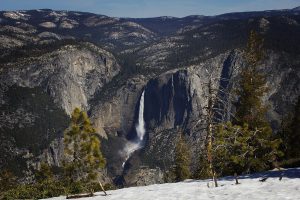 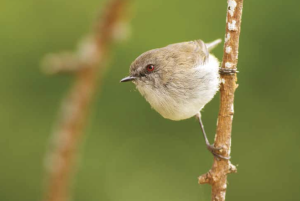 In an excerpt from his new book, author Paul Sorrell teches how to connect to nature with a photographer's eye 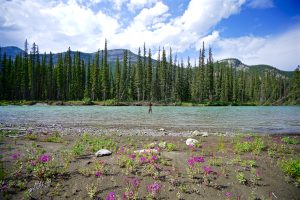 Excerpt from Crossing The Divide: Discovering a Wilderness Ethic in Canada’s Northern Rockies