If you’re walking near Misery Bay, Ont., you might run into what looks like turtles. But they’re actually decoys for predators.

According to Jacqueline Litzgus, a biology professor at Laurentian University and part of the research team, these bright yellow chin turtles are endangered. She says an increase of merely one to two per cent of deaths can be detrimental to the population. But in Misery Bay, over half the population were wiped out.

“From a conservation perspective, this is very alarming,” she says.

By figuring out what is killing the blanding’s turtles, researchers hope to bring back the population to what it was before.

Decoy turtle made of rubber and foam. (Photo: Jacqueline Litzgus)

Researchers looked into different possibilities to understand what killed the turtles. Litzgus says results showed very little evidence of any disease. Currently, researchers are trying to rule out winter mortality by testing water temperatures. If last year’s water temperature was lower than usual, it could mean the water froze, leaving no oxygen for the turtles to breath.

But Litzgus says the turtles were most likely killed by predators. The turtles were dead for a while when their carcasses were discovered and there were scratches and teeth marks on them. “They were picked clean.”

In addition to the two turtle decoys, the team has set up cameras to capture video of the culprits. The decoys are made of rubber and foam. To mask the smell, researchers added turtle urine.

The cameras have been up for a week, but they have only captured a couple of Canada geese so far. 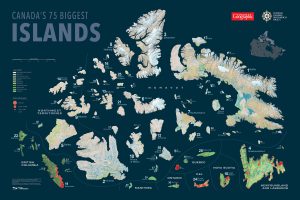