Behind its well-preserved brick walls is something travellers might not expect when visiting Medicine Hat’s Historic Clay District—a sense of community that’s carried on from centuries past.

“In every town, you had your apothecary, blacksmith and potter,” says Talva Jacobsen, Medalta’s consulting industrial archaeologist. “The whole firing process took 16 to 17 hours and became a community event. People would come and play music. It was a process ingrained into society.”

Medalta Potteries National Historic Site now stands amid Medicine Hat’s former 61 hectare clay district and harkens back to the earliest days of industry in Western Canada. Open year round, it’s only a few kilometres from the city centre. The district boasts four beehive kiln structures that are still standing and three foundations, one of which is presently part of an active archaeological excavation. Designated as a historic resource in 1985, the district became a grassroots community initiative.

Walking into the original warehouse, aside from modern tweaks, you’re transported to a time when this was a busy, functional building inside a bustling clay district—the only one for miles that produced household kitchenware, bricks, sewer pipes and cement. The district was a necessary institution which boasts the claim as first western Canadian industry to ship manufactured goods east of Lake Superior. The boom is still apparent in the structure, where there’s evidence of long hours worked at the factory.

“There are remnants from people that worked here; their writing is literally on the walls,” says Quentin Randall, marketing and fundraising coordinator at Medalta. “It looks like they just packed up and moved out of here in a hurry. There’s a lot of old equipment. There’s still old notes written on building posts that might not mean anything to us, but they’re formulas for clay.”

Today, the district boasts lively community programming, including an artist in residence, workshops and exhibitions. The warehouse itself produces replicas of Medalta pottery to sell. Pieces that used to be prolific, like standard crockpots, are now collector’s items.

“It was the only type of container other than steel that wouldn’t taint the taste or food it held,” says Jacobsen. “It could switch roles from holding maple syrup to pickles. Industrial ceramics were popular because they were the most scientifically advanced way to store food before refrigeration.”

What might be most remarkable is how well-preserved the beehive kiln structures are. Named to reflect their cylindrical-dome construction, resembling a beehive, the kilns and their foundations have faced floods, erosion and around 40 years of up to 2,000 C temperatures during firing. Built to withstand many conditions, the kilns were well maintained by potters and kiln tenders. The firing process was intricate, specialized and time consuming, Jacobsen says, hence the community gatherings of long past.

“These kilns were loved,” Jacobsen says. “They knew if there were no kilns, there was no product.” 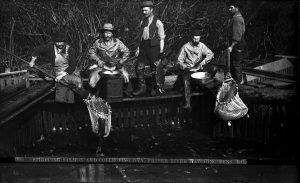 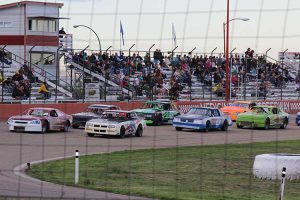