Care for some plastic with your tea?

With the colder weather coming on, tea is many people’s beverage of choice, but new research shows that some brews come with an unexpected additive: a huge dose of plastic.

Most teas are packaged in paper teabags, but some higher-end brands have switched to plastic bags, made from PET — polyethylene terephthalate, the material used in plastic drink bottles — or nylon. Nathalie Tufenkji, a chemical engineer at McGill University, wondered if these bags were breaking down and releasing tiny plastic particles in to the water.

She and her team tested four different commercial teas that are brewed in plastic bags. They removed the tea and heated the empty bags in water to simulate the brewing process, then used an electron microscope to look for tiny microplastics and even smaller nanoplastics in the water. The numbers they found were staggering.

A single plastic teabag at brewing temperature releases on average 11.6 billion microplastic and 3.1 billion nanoplastic particles (yes, that’s “billion” with a B).

This is far more plastic than has been detected in other foods. Drinking a single cup of tea brewed with one of these bags means you would ingest many thousands of times more plastic than what previous studies have estimated you consume in an entire year.

We still don’t know what effect consuming all this plastic might have on human health. The plastics used are approved for food packaging, and the World Health Organization has said the risks from plastic in drinking water are low if the particles are relatively large. But Tufenkji’s team did test the effect of the plastic on tiny shrimp-like creatures called water fleas. The animals survived, but showed some behavioural and anatomical abnormalities – swimming in an odd way and swelling to a large size.

More research is needed to determine what, if any, the long-term effects might be on humans, but in the meantime, scientists urge caution when it comes to choosing products packaged in plastic.

Related: Plastics are everywhere — even in us 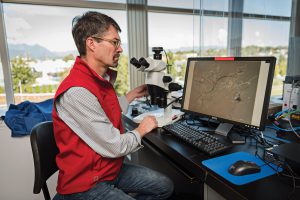 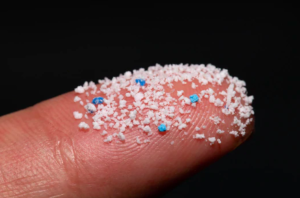